What to Know About WNBA Star Brittney Griner's Detention in Russia

WNBA star Brittney Griner is now considered wrongfully detained in Russia, the Biden Administration announced Tuesday, with the State Department saying that the government will work more diligently to see that she’s released.

Griner is being held by Russian authorities after they allegedly found hashish oil on her while she was attempting to leave the country. At a moment when the world’s eyes are on Russia’s invasion of Ukraine, the basketball player’s arrest has been surrounded by an extra layer of tension.

A court in Moscow has previous announced that it has extended Griner’s detention until May 19 while authorities continue to investigate.

Griner, a member of the Phoenix Mercury, was playing professionally in Russia during the WNBA’s offseason. Griner is a seven-time all-star with the Mercury and won a championship with the team in 2014. She’s also a two-time Olympic Gold medalist and won a national championship at Baylor University.

As the Russia-Ukraine conflict continued, on March 5, the State Department urged all U.S. citizens in the country to leave and also issued a “do not travel” advisory for the country.

Here’s what to know about the arrest.

Why is Brittney Griner being detained in Russia?

Griner has spent the last seven off-seasons playing in Russia. She was playing for the UMMC Ekaterinburg team this year. Her last game was on Jan. 29.

In that, there was nothing unusual about Griner’s situation. Griner was one of a handful in Russia specifically. In a lot of situations, they’re paid more oversees than they are in the United State. Griner, for example, made $227,900 dollars a year playing in the WNBA, but in Russia she was reportedly paid over $1 million a year. Other WNBA players to have competed in Russia during the off-season include Seattle Storm forward Breanna Stewart, Phoenix Mercury guard Diana Taurasi, and Connecticut Sun center Jonquel Jones.

On Saturday, the New York Times reported that Russian officials had Griner in custody after they found a vape pen with hashish oil in her luggage as she was going through security at the Sheremetyevo airport in Moscow. A video released by the Russian Federal Customs Service appears to show Griner going through security.

The precise date of her arrest is not publicly known. Griner’s agent did not respond to a request for comment.

“We are aware of the situation with Brittney Griner in Russia and are in close contact with her, her legal representation in Russia, her family, her teams, and the WNBA and NBA,” Lindsay Kagawa Colas, her agent, said earlier in a statement reported by the Associated Press. “As this is an ongoing legal matter, we are not able to comment further on the specifics of her case but can confirm that as we work to get her home, her mental and physical health remain our primary concern.”

How has the WNBA reacted?

On Saturday, the Phoneix Mercury, USA Basketball, and the WNBA all put out statements in support of Griner.

In a separate statement, the WNBA’s player association said they’ll “continue to closely monitor” the situation. “Our utmost concern is BG’s safety and well-being,” the WNBPA said.

Griner’s wife, Cherelle Griner, posted a photo on Instagram on Saturday thanking people for their support. She posted another photo on Monday, expressing sorrow for not seeing or hearing from Griner.

“I miss your voice, I miss your presence,” Cherelle Griner said in the post. “There are no words to express this pain. I’m hurting, we’re hurting.”

What could happen next?

According to the Times, a criminal case has been opened against Griner because of “large-scale transportation of drugs.” She could face up to 10 years in prison.

It’s unclear where she is currently being held or what the next steps in the process are.

A petition has started online called “Secure Brittney Griner’s Swift and Safe Return to the U.S.”

On the surface, Griner’s detention appears to have little to do with the conflict in Ukraine—drugs are one of the most common reasons why U.S. citizens are detailed when traveling internationally—however, the level of tension and concern about the treatment of an American in Russia at this moment remains high. 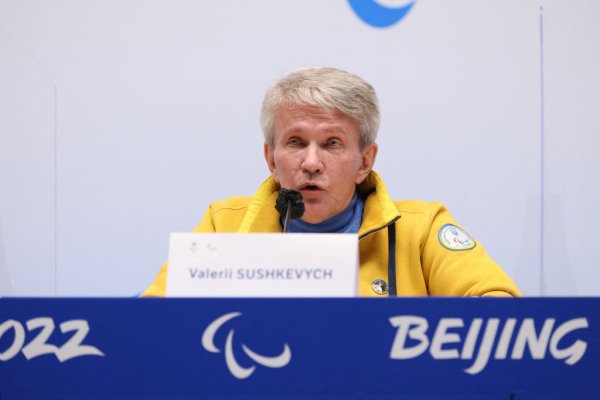