When Netflix announced that Bridgerton‘s breakout star Regé-Jean Page would not be returning for the show’s second season, fans were more than a little upset. It didn’t matter that Page was never destined to be the show’s leading man for long: in the Bridgerton book series, each new novel focuses on a different Bridgerton sibling. Page’s Duke of Hastings, who married Daphne Bridgerton (Phoebe Dynevor) in the first season, would have been a background player at best in the second. Page opted to pursue his burgeoning movie career and (minor spoiler alert) does not appear at all in season 2, which debuts March 25.

His absence is sorely felt. Page had the kind of movie star charisma necessary to keep the show’s often ridiculous plot afloat.

The first season of Bridgerton featured some truly cringe-worthy storylines, like when Hastings educates his future bride, Daphne, about masturbation, a conversation that tested even the most dedicated costume drama lover’s appetite for a historical heroine’s naïveté. The plot takes some truly wild twists once Hastings and Daphne marry and consummate their relationship after much flirtatious buildup. Hastings has sworn he will never sire an heir out of bitterness towards his dead father. He has claimed he cannot bear children and Daphne, who has a pretty limited understanding of how sex works, assumes he’s physically incapable. Once they do begin to have sex, the rest of the story centers on how quickly Daphne will figure out that Hastings isn’t being forthright about what exactly needs to happen to conceive a child.

On the page, the story stretched the bounds of credulity and even taste—the young couple’s conflict culminates in a controversial scene in which the Daphne tries to impregnate herself without the Hastings’ consent. The show did not dwell on the complexities of that encounter—or how the repressed nature of regency England might facilitate such violations—and instead focused on the final reconciliation between husband and wife when they finally agree to have a child. But Page, with his smoldering smile, sold the story’s absurdities.

In Bridgerton’s second season, Hastings and Daphne have settled into parenthood—and into the background of the show, as the storyline shifts to focus on a love triangle between Daphne’s brother Anthony (Jonathan Bailey) and the Sharma sisters, the headstrong Kate (Simone Ashley) and the beautiful but bland Edwina (Charithra Chandran). The writers blatantly model Anthony and Kate’s love story on the relationship between Darcy and Elizabeth in Jane Austen’s Pride and Prejudice. Their mutual hate grows into love, and their heated arguments evolve into obvious foreplay. But because the show must concoct a reason for the two to stay apart, Anthony, a man who shuns emotion for practically, decides to propose to the sister he does not love, Edwina. Everyone in the love triangle suffers.

Bailey does not have Page’s charm. He never quite pulls off the self-loathing leading man as skillfully as Page. It’s not entirely Bailey’s fault. As a character, Anthony is rather irksome. He worked well in the first season in a secondary role as the rakish, sexist, and overly protective older brother of Daphne. But he carries all that baggage into his new role as romantic lead—and sexism isn’t exactly seductive. The writers give Anthony a traumatic backstory to explain why he is a repressed robot who always yells at his siblings. But understanding why Anthony is so mean doesn’t make him any more pleasant to be around. Where Page smoldered in his misery, Bailey simply snaps.

Anthony’s staunch refusal to just marry the woman he loves zaps the series of all momentum. Kate is a mashup of Elizabeth Bennet and Little Women‘s Jo Marsh—the headstrong woman who defies all of Anthony’s patriarchal expectations. But she possesses few other characteristics outside of her competitiveness. Her younger sister, meanwhile, is generally amiable but does not reveal any discernible desires or ambitions.

The flatness of these characters would not be felt as strongly if season 2 had presented another stand out star. After all, Daphne was fairly bland at the beginning of her courtship with the Duke, all doe eyes and dutiful smiles. It didn’t matter. Regé-Jean Page could have generated sexual tension with an old time-y lamp post. And once the two were entangled with one another, Daphne became more complex. The controversial scene in which Daphne tricks her husband into having sex with her to completion in order to have a child may have rendered her a villain, but it also made her a more interesting character with flaws.

But Bridgerton’s secondary characters cannot save its second season. The other Bridgerton siblings are given shockingly little to do. Though season 1 hinted that Benedict Bridgerton (Luke Thompson) might be queer, Benedict only beds ladies in season 2, a decision that’s sure to frustrate fans hoping for a queer storyline in this race-blind version of Regency era England. The compelling quest of Eloise Bridgerton (Claudia Jessie) to discover the identity Lady Whistledown, the writer behind the town’s gossip column, comes to a grinding halt for most of the episodes. And all the Bridgerton brothers continue to look and sound the same. It’s hard to tell them apart, which only further hampers Anthony’s mission to become a leading man.

Bridgerton still boasts some underutilized performers itching for their chance to take center stage. Of the siblings, Bohemian painter Benedict and burgeoning feminist Eloise remain the most appealing. Still, it’s difficult to imagine that Bridgerton will ever make quite the splash that the first season did without stars like Page who strike the perfect balance between steamy and silly. 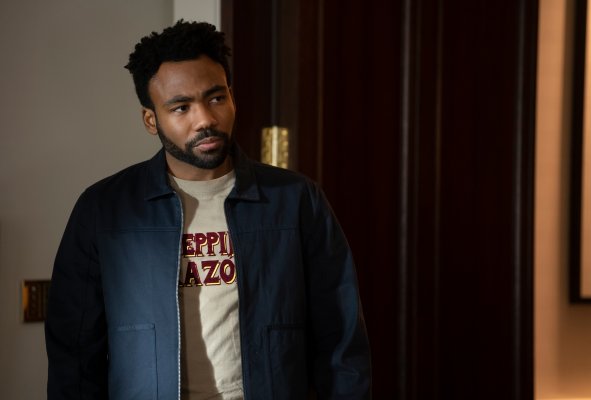 Atlanta's Unsparing Season 3 Premiere Is Worth the 4-Year Wait
Next Up: Editor's Pick