By Jenna Caldwell and Erica Solano

In the months since Lauren Smith-Fields was found unresponsive in her Bridgeport, Conn., apartment, the question of what happened to the 23-year-old has added to long-simmering anger over the way America talks about—or doesn’t talk about—dead or missing Black women and girls.

The last person to see the college student alive was her Bumble date, an older white man who spent the night in her home. He said he found Smith-Fields bleeding from her nose when he called police on Dec. 12. The Smith-Fields family has said that when they searched the home after her death, they recovered a used condom, a pill and bloody sheets—evidence, they allege, that the scene was never properly searched by the Bridgeport police department. The family is currently planning on suing the city, and family members have accused the department of violating their civil rights, mishandling the investigation and not notifying them that Lauren had died—a fact they only became aware of after finding a note left by her landlord on her apartment door.

In a statement released on Jan. 30, Bridgeport Mayor Joe Ganim expressed his disappointment in the department’s handling of the case: “I want you to know that I am extremely disappointed with the leadership of the Bridgeport Police Department and find actions taken up to this point unacceptable.” Ganim went on to apologize, writing “to the families, friends and all who care about the human decency that should be shown in these situations in this case by members of the Bridgeport Police Department, I am very sorry.” To date, no arrests have been made.

Smith-Fields’ autopsy results indicated that her cause of death was a combination of fentanyl, promethazine, hydroxyzine, and alcohol. Her friends and family remain adamant that she was not a drug user. “The idea that the medical examiners will say this was an accidental overdose leads people to believe that she was using drugs, and just took too much,” the family’s lawyer, Darnell D. Crosland, told Lola Ogunnaike as part of a TIME video report. “That’s a misconception. She wasn’t using drugs and took too much. She doesn’t use drugs.”

Family and friends of Lauren Smith-Fields gathered for a protest march in her memory in Bridgeport, Conn., on Jan. 23, 2022. Smith-Fields was found dead in her Bridgeport apartment in December and her family and friends marched in her memory on Sunday, which would have been her 24th birthday. The death of the Black women has her family and the community asking questions about policing, race and victims rights.
Ned Gerard—Hearst Connecticut Media/AP

Out of frustration, several TikTok creators have used the platform to bring national attention to Smith-Fields’ case, calling out what’s known as “Missing White Woman Syndrome”: the media’s over-representation of missing and murdered white women in contrast to women of color. And indeed, after mounting online pressure, the story was picked up by major news outlets. Shortly thereafter, it was announced that the case would be investigated as a criminal matter by the Bridgeport Police Department, with assistance from the U.S. Drug Enforcement Administration agency. Amid an internal affairs investigation, two detectives have since been suspended in relation to their handling of the deaths of Lauren Smith-Fields and of Brenda Rawls, a 53-year-old Black woman who died in Bridgeport under mysterious circumstances the same day as Smith-Fields. A Bridgeport police officer who was a supervisor on Smith-Fields’ case has also since retired. The police department has not commented on the matter, citing the ongoing personnel investigations. 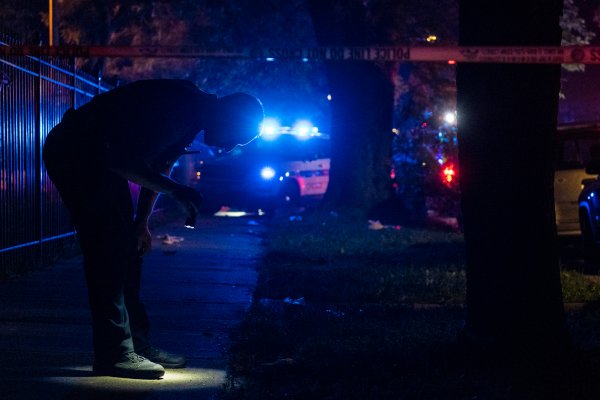 The Relentless Trauma of Violence Prevention Work
Next Up: Editor's Pick