The Hidden Truth About Parenting Isn't That It's Really Hard

Getty Images
Ideas
By Lucy Huber
Lucy Huber is a freelance writer and an editor at McSweeney's. She lives in Cambridge, Mass., with her son, husband, and cats.

From the moment I announced I was pregnant, the comments from other parents started rolling in:

All your hair is going to fall out.

Just wait until he’s a toddler.

Just wait until he’s a teenager!

Do you know what an episiotomy is?

They came from friends, from co-workers, from strangers who saw my rounded belly. (OK, the last one was my doctor.)

Read More: A Tool for Staying Grounded in This Era of Constant Uncertainty

At first they didn’t bother me. Nothing could ruin my excitement. But as the months went on, the comments did too. I began to wonder if anyone actually liked having children. Nobody seemed to have anything good to say. I’ve always liked kids, but from what I was hearing, the second you had any of your own, you find out “the truth”: they drain you, demanding snacks at all hours, crying all night, breastfeeding too much, not breastfeeding enough, breaking valuable heirlooms, forcing you to become an exhausted heap of a person who can’t even drink a cup of coffee without a tiny person insisting on watching Blippi while picking their nose and wiping it on your unused grad-school diploma.

Was this what was going to happen to me?

For a long time, motherhood was glorified. When my mom was pregnant in the ‘80s, she told me it never occurred to her that it would be hard because nobody talked about the challenges. She was surprised when we weren’t little replicas of the perfect children she’d imagined, children who slept through the night and were happy to sit quietly in a playpen until we were 5. Instead, when my mom took my brother for his first preschool interview, he turned on all the outdoor spigots he could find and flooded the playground.

So now, people try to avoid making it seem like it’s all snuggly babies and well-behaved toddlers who would never purposely flood a Montessori vegetable garden. We finally started speaking up about issues that were being ignored like postpartum depression. We allowed TV fathers to be emotional and stopped depicting mothers as rosy-cheeked June Cleavers who have time to make their family waffles every morning and maintain a perm. But maybe, when it came to talking about parenthood, we overcorrected. We forgot to keep sharing the good stuff in addition to the bad.

I had my baby in May 2020, probably one of the worst times in recent history to have a baby. It could have been worse, of course – it wasn’t on the Oregon Trail or during the Ice Age – but it wasn’t great timing. For the first few months of my son’s life, beyond the normal impossible baby things like swaddling and sleeping on the schedule of someone who hasn’t figured out night from day, we couldn’t see anyone. We showed him to friends and family by Zoom or by holding him up to a closed window. I wish they could have held him. I wish they could have held me. One night when he wouldn’t stop crying, I drove to a Starbucks parking lot where I sobbed until the sun came up. I thought, This is exactly what everyone told me it would be like.

But even as a first-time parent of a pandemic baby, I’ve found there is so much good. Why didn’t anyone warn me about the good? I don’t mean good in the sense that my toddler is easy (he’s not) or my parenting is perfect (last night my son ate 30 tater tots and nothing else for dinner). But good unlike anything I’ve known before becoming a parent. Sometimes after my son goes to sleep, I revisit the feeling of being with him like it’s a drug. I can release endorphins just by looking at a photo of him playing with a dump truck.

Read More: Motherhood Is Hard to Get Wrong. So Why Do So Many Moms Feel So Bad About Themselves?

Maybe that’s why it’s hard to tell people about the good. The best moments of parenting sound mundane but feel otherworldly: The first time my son heard “Jump in the Line” by Harry Bellafonte and it stopped his crying immediately and I danced around the room while he laughed. Cuddling on the couch watching Cars 3 (again), stroking his hair. Kicking a soccer ball in the park as the sun sets and the whole world is purple and orange — the whole world is me and him.

A few nights ago before bed, my toddler went around and said, “Good night, I love you!” to all of his trucks, our cats, his dad, and me. He’d never said “I love you” to me before. My heart felt like someone had grabbed it inside my rib cage and squeezed so hard the ventricles were about to burst. I’m glad we’ve become more honest about parenting. But now when my friends are about to become parents, I try to explain this: some moments you’ll be so happy, you’ll practically combust. 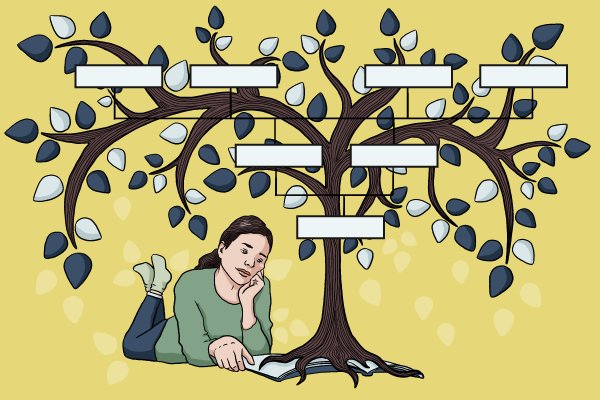 It's 2022 and People Are Still Confused That My Kids Have Their Mother's Last Name
Next Up: Editor's Pick