David Fincher’s 1999 “Fight Club” is at the center of a social media firestorm in China after a new version of it replaced the original ending with a terse message saying all criminals were apprehended and the authorities triumphed.

Tencent Video subscribers mocked the newly abridged and altered ending for distorting the original film’s message and intent. Based on Chuck Palahniuk’s book by the same name, “Fight Club” culminates in the unnamed narrator killing off his alter ego Tyler Durden and setting off a chain of explosions destroying all bank and credit records, resetting the economy. None of that is present in the new Chinese version, which treats the movie’s Project Mayhem undertaking as a thwarted and misguided attempt at criminality.

“Through the clue provided by Tyler, the police rapidly figured out the whole plan and arrested all criminals, successfully preventing the bomb from exploding,” the Tencent Video version tells viewers, before adding its own creative twist: “After the trial, Tyler was sent to lunatic asylum receiving psychological treatment.”

A Tencent Holdings spokesperson declined to comment. Vice, which earlier reported the reconfigured ending, said that the film’s rights were held by Pacific Audio & Video Co., an affiliate of the state-owned Guangdong TV, and the edited version was approved by the government before being sold to streaming sites, citing an unnamed person familiar with the matter.

“Lord of War,” telling the story of an arms smuggler played by Nicolas Cage, is another U.S. film that has undergone a similar contraction. Streaming viewers in China have complained about its final 30 minutes missing, replaced with white text on a black screen saying “Yuri Orlov confessed all the crimes officially charged against him in court, and was sentenced to life imprisonment in the end.”

Foreign filmmakers have watered down or altered content for years to get past Beijing censors, but it’s rare for entire endings to get reversed—particularly on older films that millions would have seen pirated copies of already.

“When people tell you that the hero of Shawshank ended up in prison again, there’s no explosion in Fight Club, and Nicolas Cage was arrested, you’ll question if your memory exists for real,” said one commentator on China’s Twitter-like Weibo. 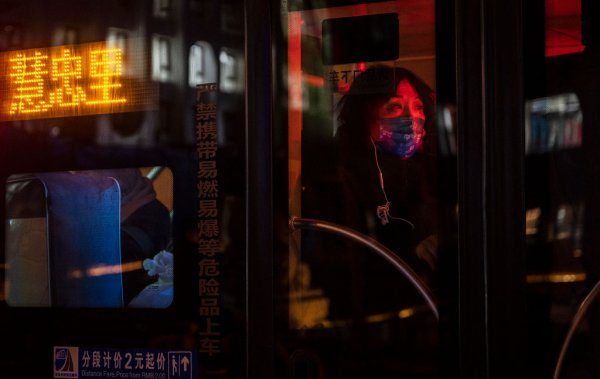 Don't Expect China to Ease Its Zero-COVID Policy Soon
Next Up: Editor's Pick