‘I Was Just Thinking About My Son.’ Shot In His Own Home, a Gun Violence Victim Shares His Story

Across the U.S. in 2021, tens of thousands of people were shot. They were shot in schools and supermarkets, in churches and offices, in the streets and in their homes. Many were killed, many more were injured; the vast majority of victims were within inner-city communities. And as staggering as the total is, it does not speak to the ripple effect and trauma that these incidents cause. Here is one of those victims’ stories.

On the night of March 12, Davante Griffin, 25, was in his room at his home in Henry County, Georgia playing video games, when he started to hear loud noises coming from the house’s ground floor. A friend—Griffin’s brother and a number of friends were also present in the home—ran upstairs, saying that people were trying to break in, seemingly intent on robbing the property.

During the ensuing home invasion, Griffin was shot in the leg. His brother was held at gunpoint; one of his friends was shot five times. While it was not Griffin’s first experience with gun violence, the incident made him seriously reflect on how the problem has impacted his life and his community.

I had been shot at before; I’ve had friends who were shot. When I was a kid, my stepfather was shot and killed by a police officer. It’s not real easy out here, and you’ve got to watch what you do. But this was the first time I had ever been hit. And it really [hit home]: In the blink of an eye, you could be gone.

My mind was racing. I had heard that you could die from a gunshot wound to the leg; I was just trying to stay awake. There wasn’t a lot of pain, but [in the ambulance] I still didn’t want to close my eyes. I was just thinking about my son, who was one at the time. I just wanted to stay alive for him. This was the first time I thought that I might not be there for him.

Read more: We Must Treat Gun Violence as a Public Health Crisis. These 4 Steps Will Help Us Reduce Deaths

In the hospital, the police treated me like I was a suspect. They kept asking me the same questions—“do you know who broke in?” and “why did they break in?”—over and over. It felt like an interrogation. I kept telling them I didn’t know why the guys broke into the house. I knew they didn’t believe me but there was nothing I could do about that.

These are experiences that you go through being where I’m from—being from Atlanta, being from the hood, period. A lot of us young people think this is the norm. But it shouldn’t be like that. You shouldn’t have to go through things like that. That’s not normal.

(In the months since the shooting, no arrests have been made to Griffin’s knowledge. The Henry County Police Department did not respond to TIME’s request for comment regarding the incident.)

I was discharged from the hospital later that night—I walked out in my [hospital] gown. But I still have little sharp pains in my leg sometimes; when I make a slight wrong move or something like that, I feel it a little bit.

I went to the hospital that my friend was at to make sure he was okay too. He made a full recovery—though he still has a bullet lodged in his neck. After that, I went to see my son. I wanted to make sure I was around him; I couldn’t imagine not being here for him. He’s a very affectionate kid, he’s always kissing me and he shows a lot of love. This type of incident makes you think about your family and your kids.

[In the weeks and months afterward] I kept replaying the shooting in my head. I had nightmares about it going differently. My little brother was in the house—in my nightmares, he gets killed. It’s kind of crazy, but I think the outcome that happened was the best way for it to go. No one was killed. Still, these kinds of situations just make you paranoid. I’ve moved twice since this happened. I keep to myself; it just makes you more alert.

Part of what got me through was my family. They were very supportive. My brothers were checking in on me and bringing me things that I needed. Seeing my son every day got me through it too. In the immediate aftermath, I wanted revenge but [as time passed] I was just thinking, “what are you living for if you’re going to retaliate?” I had to really stop fixating on it and just move on.

When I was a kid, growing up around all of this was hard. We’re just so accustomed to having a gun wherever you go; it’s been so bad for so long. And I feel like gun violence is going to continue to happen unless we change our mindset.

As a Black community, we don’t have enough leadership. Unfortunately in our communities, [many of us] don’t have our fathers in our lives. They’re not there to teach us. I still feel like I’m a kid in a way, because you’re never done growing. But I don’t want my son to have the experiences I had growing up. I don’t want him to be in circumstances where he has to have a gun. If he has a problem with somebody, he should be able to tell me and we can figure it out. That’s what’s missing from our community. Kids turn to guns rather than adults in their lives.

When I really sit back and think about all of this, it starts with the household. We need to be conscious of what our kids are seeing at home and what we’re teaching them. It has to start with us. If we really want to fix this problem, it has to start at home. 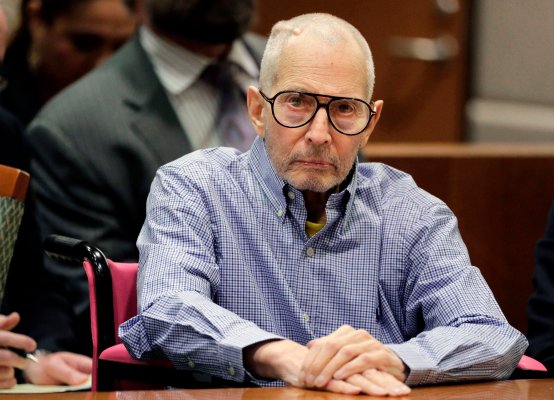