Protesters demonstrate their opposition to the Supreme Court's decision to uphold the Trump administration's travel ban on June 26, 2018, in Minneapolis. A new report from the nation’s largest Muslim civil rights group found that dozens of foundations and charities funded anti-Muslim groups between 2017 and 2019.
Richard Tsong-Taatarii—Star Tribune/AP
By Sanya Mansoor

A new report revealed that organizations deemed Islamophobic by the nation’s largest Muslim civil rights group received more than $105 million in donations from U.S. charities between 2017 and 2019.

The Council on American-Islamic Relations (CAIR) said in a Jan. 11 report titled “Islamophobia in the Mainstream” that it studied the tax records of 50 organizations it had previously identified as the largest funders of anti-Muslim causes, and found that 35 of them were the source of a total of $105 million directed at such groups. CAIR has researched Islamophobia in the U.S. for decades and has been at the forefront of high-profile legal battles involving violations of Muslims’ religious liberties. For the purposes of its research, CAIR identifies organizations as Islamophobic if they support policies that lead to discrimination against Muslims, demean Muslims because of their religion or allege that Islam represents an existential threat to the U.S (or partner with other organizations that do).

“It is very important to not only track people who commit hate crimes, but the people whose money contributes to the rise in hate crimes,” says CAIR’s deputy director Edward Ahmed Mitchell. “If anti-Muslim hate groups are getting funding from mainstream foundations, that’s very concerning.”

Read More: ‘Who Else Is Spying on Me?’ Muslim Americans Bring the Fight Against Surveillance to the Supreme Court

CAIR’s new report builds upon a longstanding body of research by the organization and other institutions that highlights how money is funneled toward anti-Muslim groups. A series of reports called Fear, Inc., published by the progressive think tank Center for American Progress in 2011 and 2015, were among the first to map out the issue in detail and found that eight charitable foundations spent $57 million between 2001 and 2012 to support the spread of anti-Muslim rhetoric. A 2019 report by CAIR found that the total revenue of anti-Muslim special interest groups surpassed $1.5 billion between 2014 and 2016. Mitchell notes that while 15 of the top 50 charities CAIR identified as giving to Islamophobic groups in 2014-2016 did not do so in 2017-2019, the current number is still “very significant and very concerning.”

“There absolutely is this sophisticated, orchestrated network of activists, politicians and media personalities that are working in coordination as this echo chamber to push out anti-Muslim rhetoric and policy,” says Yasmine Taeb, a human rights attorney who co-authored the 2015 Fear, Inc. report.

CAIR’s research found that the charity group Christian Advocates Serving Evangelism Inc. donated more to special interest groups CAIR identified as Islamophobic than other charities did by a significant margin—the donations were close to $20 million annually between 2017 and 2019. Christian Advocates Serving Evangelism did not respond to a request for comment.

Mitchell emphasizes that it’s possible that some donors do not know their money is being used to perpetuate Islamophobia. Of the 35 organizations CAIR identified as giving funds to anti-Muslim groups, a handful were donor-advised funds, meaning that donors can suggest how they want their money to be directed but the fund ultimately decides how donations are spent. Contributors to these funds are often anonymous, making it even more difficult to track donations. “That’s part of the reason why we do this report, so that there’s no excuse,” Mitchell says. CAIR hopes to create transparency so donors can take greater responsibility, he adds.

In its report, CAIR urged the philanthropic community to establish clear policies to ensure funds are not directed toward anti-Muslim groups and to educate their employees and boards about the extent of anti-Muslim bigotry. The ultimate goal, Mitchell says, is to reduce the threat of Islamophobia faced by American Muslims. 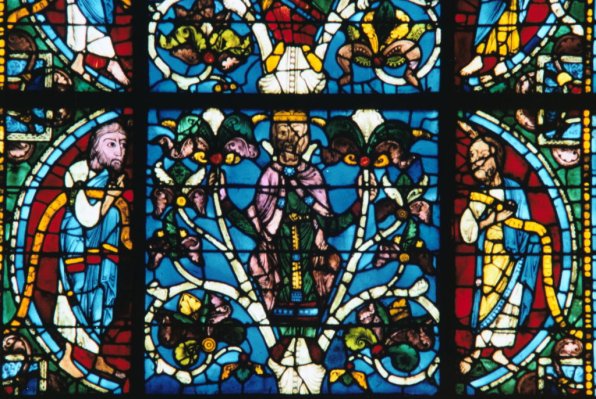 How the Christmas Stories Call the Church to a Different Vision
Next Up: Editor's Pick