Nikita Robertson, 45, sits on a fallen tree in her front yard after Hurricane Ida, Aug. 31, 2021 in Raceland, Louisiana.
Go Nakamura for the Washington Post via Getty Images
By Damian Shepherd / Bloomberg

Ten of this year’s most destructive weather events cost a combined $170 billion in damages, according to a new study.

Hurricane Ida, a tropical storm that pummeled much of the eastern U.S. with lashing rain in August, killed at least 95 people and cost the economy $65 billion. A month earlier, floods in Europe caused 240 deaths and an economic loss of $43 billion, according to research published by U.K. charity Christian Aid. Floods in China’s Henan province in July killed more than 300 and cost in excess of $17 billion.

“The costs of climate change have been grave this year,” said Kat Kramer, Christian Aid’s climate policy lead and author of the report. “It is clear that the world is not on track to ensure a safe and prosperous world.”

This year is expected to be the sixth time global natural disasters have cost more than $100 billion, the report stated, citing insurer Aon Plc. All six of those years have happened since 2011.

The report’s authors estimated damages based on insured losses, meaning the true costs of these disasters are likely to be even higher. Calculations are usually costlier in richer countries due to higher property values and insurance, while some of this year’s deadliest weather events hit poorer counties that contributed little to global warming.

South Sudan has been struck by floods that forced almost a million people to leave their homes, while East Africa has been ravaged by drought. That highlights the injustice of the climate crisis, said Christian Aid, which warned that such events will continue in the absence of concrete action to slash emissions.

Mohamed Adow, director of Kenya-based think-tank Power Shift Africa, said the continent has “borne the brunt” of some of the deadliest, most expensive climate impacts. Severe droughts in East Africa, which are expected to last until mid-2022, are “pushing communities to the brink,” Adow warned.

The Paris Agreement on global warming, which aims to hold the increase in global temperatures to below 1.5 degrees Celsius, will not achieve its goals unless more urgent action is taken, according to the report. More needs to be done in 2022 to provide financial help to vulnerable nations, including a fund to deal with the damage caused by climate change — something that was not delivered at this year’s global climate talks in Glasgow, according to the study.

“It was bitterly disappointing to leave COP26 without a fund set up to help people who are suffering from permanent losses from climate change,” said Nushrat Chowdhury, Christian Aid’s climate justice advisor in Bangladesh. “Bringing that fund to life needs to be a global priority in 2022.” 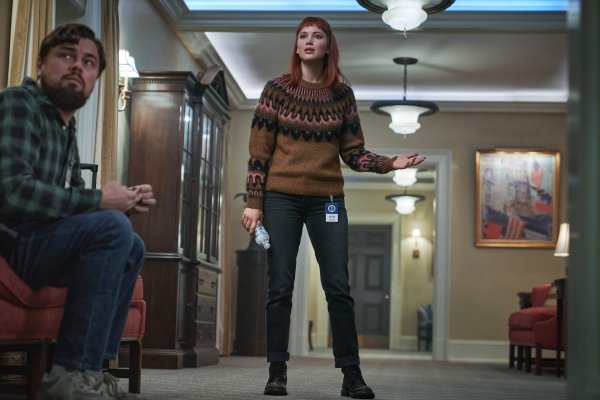 Don't Look Up Is More Than Your Standard Climate Cautionary Tale
Next Up: Editor's Pick