bell hooks in New York City in 1992.
James Keyser
Ideas
By dream hampton
hampton is the executive producer and showrunner for Lifetime’s Surviving R. Kelly and executive producer for HBO’s It’s a Hard Truth Ain’t It and BET’s Finding Justice

bell hooks was a radical feminist, a scholar and author who spent the ‘90s publishing about a book a year. She was a poet, a mentor, a professor and an icon whose influence is immeasurable. When I was 19 and began talking back to hip-hop in my own essays and articles, I’d cite her again and again. I fought to have my name published in lowercase letters like hers. I wanted to be incisive and battle-ready when I wrote.

Like a lot of young Black women I knew, I thought of myself as part of her army. Daughters of her thought, ready to integrate her text and thinking into our public and personal lives. Her seminal Ain’t I A Woman was a field guide toward a liberation that not only considered gender but centered it. Like the Black feminist scholars who’d informed her, giants like Audre Lorde, bell was producing work that provided tools. She refused to take on white supremacy without interrogating patriarchy. She went deep and wide with rigor and wit. She made bulletproof arguments that pushed us past rhetoric and toward real freedom. She wrote about gender and class and race, but she also complicated theorists like Michel Foucault and Laura Mulvey when she wrote about the white and male and capitalist gaze, affirmed the way Black people practiced a kind of critical intervention when we “talked back” to our televisions, interrupting the bombardment and assault that Hollywood images transmitted into our very homes.

She was a poet and tracked the work of now famous Black visual artists like painter Kerry James Marshall and photographers Lorna Simpson and Renee Cox when they were still largely unknown and struggling. She believed that their power to produce parallel universes in their art provided more portals to a kind of liberation. “Using images, we connect ourselves to a recuperative, redemptive memory that enables us to construct radical identities, images of ourselves that transcends the limits of the colonizing eye,” she wrote.

Buy the cover art→
Art by Monica Ahanonu for TIME

She devoted entire books to Black interior life and love and healing, the kind of work that feminist scholars avoid, lest they risk not being taken seriously. But she knew we’d have to set cis normative, patriarchal norms on fire to begin the work of healing Black trauma. She was unafraid to burn it all down. To begin again.

About five years ago, I received a letter from Richie Reseda who’d been incarcerated in California prisons. He was teaching bell hooks inside prison, holding anti-patriarchy cyphers with his fellow inmates. bell hooks’s radical and logical arguments were forcing them to interrogate a wider culture that had encouraged the very violence for which they were being punished for committing. bell loved learning about that work.

bell died Wednesday at age 69. Last week mutual friends began making their sojourn to bell hooks’s bedside at her home in Kentucky to pay tribute, to say goodbye. She was being tended to by her sisters, those she was born to and those she had chosen, like Beverly Guy-Sheftall, a longtime professor at historic Spelman College. She believed in ancestral communication that transcends time and space and I want to believe that she is lifted by this virtual procession toward her altar, where we lay love before her, forever grateful, forever changed by her.

The original version of this story misstated Beverly Guy-Sheftall’s role at Spelman College. She is a professor there, not a former president. 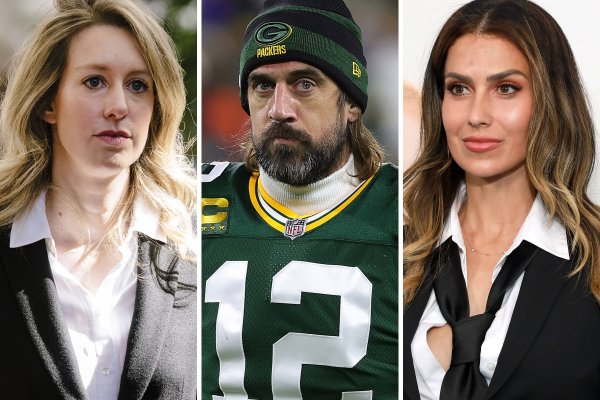 2021: The Year the Grift Kept Giving
Next Up: Editor's Pick