On Jan. 11, 1897, Homer Plessy pleaded guilty in a New Orleans district court for sitting in a whites-only train car, eight months after the U.S. Supreme Court upheld Louisiana’s Separate Car Act and a doctrine of “separate but equal” legislation that made way for segregation laws across the U.S.

Now, nearly 125 years later, Plessy’s conviction has been wiped from his record. On Jan. 5, Louisiana Governor John Bel Edwards signed a posthumous pardon for Plessy during a ceremony in New Orleans.

“The stroke of my pen on this pardon, while momentous, it doesn’t erase generations of pain and discrimination. It doesn’t …fix all of our present challenges. We can all acknowledge we have a long ways to go. But this pardon is a step in the right direction,” Edwards said. “I am beyond grateful that I have a small part to play in ensuring that Homer Plessy’s legacy will be entirely defined by the rightness of his cause and undefiled by an unjust criminal conviction.”

Read more: Segregation Has Gotten Worse, Not Better, and It’s Fueling the Wealth Gap Between Black and White Americans

Keith Plessy, Homer Plessy’s first cousin three times removed, said he experienced a wave of emotion when he first heard that Edwards would sign the pardon.

“My left eye gave up, and a tear just rolled down the side of my face,” he tells TIME. “It felt like I was not standing on my feet. It’s surreal.”

The Orleans Parish District Attorney’s Office submitted the application for a pardon on Nov. 5 in what’s believed to be the first use of a 2006 state law, which allows people—as well as the descendants of people—convicted of breaking state or local laws designed to “maintain or enforce racial separation or discrimination” to apply for pardons. The application comes out of the office’s civil rights division, which has been tasked with looking for wrongful convictions.

“Although my predecessor many years ago prosecuted [Plessy], he should not have,” Jason Williams, Orleans Parish District Attorney, tells TIME. “I think it’s really important that we talk about the broad discretion that prosecutors have, because the ability to prosecute someone under the law does not always mean that district attorneys and prosecutors and states attorneys should.”

The history behind Plessy v. Ferguson

On June 7, 1892, Homer Plessy—a mixed-race shoemaker—was arrested for sitting in a whites-only East Louisiana Railroad car and violating the state’s 1890 Separate Car Act, which said that railroads had to have “equal but separate accommodations for the white, and colored, races.” Plessy had boarded the train as part of an organized effort by a local civil rights group called the Citizens Committee to raise awareness about the law. Five months later, on Nov. 18, 1892, Judge John H. Ferguson ruled that his actions had broken it.

The case was appealed to the U.S. Supreme Court. But four years later, on May 18, 1896, the justices ruled 7-1 to uphold Ferguson’s decision in favor of segregation, ruling that facilities that separated the races didn’t violate the equal protection clause of the Constitution’s 14th Amendment.

The effect of the decision was long-lasting, providing a legal basis for segregation laws nationwide throughout the first half of the 20th century. As Imani Perry, Professor of African American Studies at Princeton University, explained to TIME in 2020, “Since 1876, the courts and Congress had steadily eroded the Reconstruction Amendments’ promises to African-Americans: suffrage, equal protection of the law and due process before the law. But the Plessy opinion and its embrace of ‘separate but equal’ let African Americans know once and for all that, despite the Constitution’s guarantees, their fundamental rights would not be protected.”

The “separate but equal” precedent wouldn’t be overturned until 1954, when the U.S. Supreme Court ruled in Brown v. Board of Education that racially segregated public schools violated the equal protection clause, paving the way for other successful challenges to segregation and galvanizing a new wave of the civil rights movement.

Among those growing up in the segregated society that Plessy v. Ferguson facilitated were two now 64-year-old descendants of figures closely tied to the case: Keith Plessy and Phoebe Ferguson, the great-great granddaughter of the New Orleans district court judge in the case. (Homer Plessy died on Mar. 1, 1925, at the age of 62.)

Keith Plessy and Phoebe Ferguson, descendants of the principals in the Plessy v. Ferguson court case, pose for a photograph in front of a historical marker in New Orleans on June 7, 2011.
Bill Haber—AP

Both remember childhoods in segregated New Orleans. Ferguson was not able to sit next to her Black babysitter in a movie theater, while Plessy couldn’t enter certain restaurants through their front doors.

The Jim Crow era of segregation following Plessy v. Ferguson left “a deep and painful legacy that we are still dealing with today,” as Orleans Parish District Attorney Williams puts it, “and we all can see it in social inequities, whether it’s housing insecurity, food insecurity, poverty, violence in certain communities, how the criminal legal system is used in certain neighborhoods based upon the wealth or complexion of those people.”

Plessy and Ferguson only found out about their connections to the Supreme Court case when they were in their 30s and 40s, respectively—their families had never talked about these ancestors growing up. They were introduced to each other in 2004 by Keith Weldon Medley, author of We as Freemen: Plessy v. Ferguson.

“I reached my hand out to shake [Ferguson’s] hand and she started apologizing for slavery, discrimination, ‘separate but equal,’” Keith Plessy recalls. “And I said, we weren’t born then. We’re not responsible for this. It’s no longer Plessy v. Ferguson, it’s Plessy and Ferguson.”

In 2009, they together founded the Plessy and Ferguson Foundation, a civil rights education nonprofit aiming to help schools teach the history of the case and its dark legacy. And thanks in part to Keith Plessy’s efforts, Louisiana has been celebrating the day of Homer Plessy’s arrest as Homer Plessy Day since 2005; a strip of the street where he was arrested was renamed Homer Plessy Way in 2018.

Sign with a train with Homer Plessy Freedom printed on it on February 26, 2020, at Homer Plessy Community School in New Orleans, Louisiana.
Barry Lewis/InPictures—Getty Images

This past fall, local civil rights attorney Mary Howell was brainstorming ideas for future foundation programming with Phoebe Ferguson, and decided to find some way to mark the 125th anniversary of Homer Plessy’s prosecution. Howell made the Orleans Parish District Attorney’s office aware of the anniversary, and it was then that a staffer found the law that allowed them to pursue the posthumous pardon. The state pardons board approved their application unanimously on Nov. 12.

The approval was “a long time coming,” says Keith Plessy.

“I am so happy that there was something that we could do to make a different ending to this story,” Phoebe Ferguson adds, noting that her tie to Judge Ferguson has always felt like a “burden.”

“I can’t say that it lifts the burden of his name being attached to a conviction that had such horrific results for so long,” she says. “I can’t escape the knowledge I have about the harms done in Plessy v. Ferguson. That in and of itself will always feel like a burden to some degree. But in some ways, it’s a good burden in that I can use my position to help others with a deeper understanding of the role of white Americans in white supremacy and lynchings and voter suppression.” 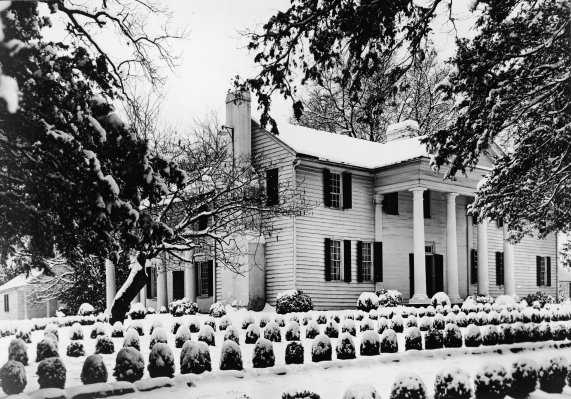 The Grim History of Christmas for Enslaved People in the Deep South
Next Up: Editor's Pick