Workers remove debris from an Amazon Fulfillment Center in Edwardsville, Illinois, on Dec. 11 2021, after it was hit by a tornado.
Tim Vizer—AFP/Getty Images)
By Spencer Soper / Bloomberg

An Amazon.com Inc. warehouse collapse on Friday night that killed at least six people has amplified concerns among its blue collar workforce about the return of the internet retailer’s mobile phone ban in work areas.

The warehouse in Edwardsville, Illinois, near St. Louis, was reduced to rubble when a string of tornadoes ripped through six states, leaving a trail of destruction that stretched more than 200 miles. Emergency responders expect recovery efforts to continue into next week.

Amazon had for years prohibited workers from carrying their phones on warehouse floors, requiring them to leave them in vehicles or employee lockers before passing through security checks that include metal detectors. The company backed off during the pandemic, but has been gradually reintroducing it at facilities around the country.

Five Amazon employees, including two who work across the street from the building that collapsed, said they want access to information such as updates on potentially deadly weather events through their smartphones—without interference from Amazon.

The phones can also help them communicate with emergency responders or loved ones if they are trapped, they said. “After these deaths, there is no way in hell I am relying on Amazon to keep me safe,” said one worker from a neighboring Amazon facility in Illinois. “If they institute the no cell phone policy, I am resigning.”

Another worker from an Amazon warehouse in Indiana said she is using up her paid time off whenever the company decides to remain open despite warnings of extreme weather events. Having her phone with her is critical to making those decisions, especially about sudden tornado risks, she said.

“I don’t trust them with my safety to be quite frank,” she said. “If there’s severe weather on the way, I think I should be able to make my own decision about safety.”

Amazon declined to address the concerns raised by workers about its mobile phone policy, saying its focus now is “on assisting the brave first responders on the scene and supporting our affected employees and partners in the area.”

The concerns about phone access highlight the deep distrust between executives who make rules focused on productivity and efficiency to gain a competitive advantage, and hourly front-line workers who often fear their safety is secondary to moving packages.

Amazon founder Jeff Bezos, the world’s wealthiest man after Elon Musk, only fueled such feelings by spending the earlier part of Saturday celebrating a celebrity space launch by his company Blue Origin while emergency crews at the warehouse dug through rubble looking for bodies.

At around 8 p.m. Central time, Bezos tweeted to offer his well wishes.

One person familiar with Amazon’s warehouse construction said the buildings are designed to local standards that account for events such as severe storms and snow loads. Warehouses in tornado-prone areas include space that is more heavily reinforced with extra steel and concrete where workers are instructed to huddle in event of emergencies, he said.

Tornadoes are trickier to anticipate than hurricanes and snowstorms, but the weather service still issues warnings to those in their path. The weather service sent such a warning at about 8 p.m. local time Friday, about 30 minutes before the storm collapsed the Edwardsville Amazon delivery station, the workers said.

Two Amazon employees who work in a facility across the street said workers huddled in bathrooms to protect themselves from the storm, unaware the building across the street had collapsed. Power outages blocked communications. They were sent home from work after 11 p.m. when it was deemed safe to travel. 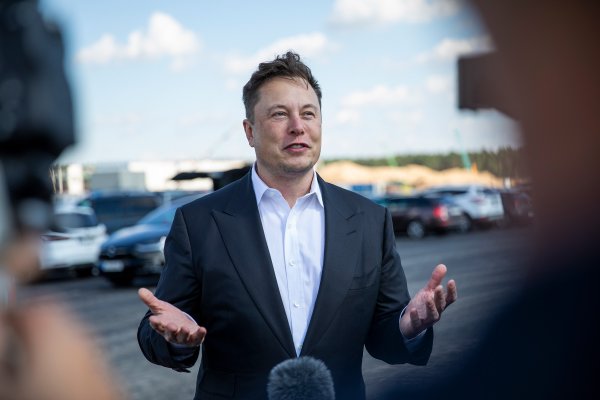 How Person of the Year Elon Musk Built His Fortune
Next Up: Editor's Pick