Comedian Lewis Black has called for Spotify to remove his work from the platform until his fellow comics’ full catalogs are restored to the streaming service.

Black’s request comes in the wake of Spotify pulling down hundreds of comedy albums on Nov. 24 amid an ongoing dispute with publishing-rights company Spoken Giants—which has also been joined by its contemporary Word Collections in the fight—over whether comedians deserve royalties on their written work rather than just the audio of their performances.

Unlike in the music world, where royalties are paid to a song’s writer as well as the artist who performs the master recording—sometimes one and the same—comedians do not receive royalties for writing their own jokes.

“I in no way represent all of the comedians on Spotify but I do believe that all of them should be paid for the writing that they have done and not just for the performance of what they wrote,” Black said in a statement to TIME. “It has taken a long time for comedy to be recognized as an art form. Therefore, Spotify should recognize that a joke is as powerful as a lyric of a song, which they do pay for.”

While a portion of Black’s releases were removed by Spotify in the November purge, some of his discography, including his Grammy-nominated 2020 album Thanks for Risking Your Life, currently remains on the platform. Spotify also removed work from popular comedians such as Tiffany Haddish, Jim Gaffigan, Kevin Hart and John Mulaney.

“Many comics have recently been taken off Spotify for no reason at all and it truly hurts their exposure and income,” Black told TIME. “Since I haven’t been taken off, I would like to be, as it is wrong that I am on the platform and so many aren’t. I need neither the money nor the exposure, but please put all of the comedians back on your platform and let’s sit down and find a way to pay us what we are owed for the words that make you laugh. Yes, a joke is intellectual property.”

Spotify did not immediately respond to TIME’s request for comment about Black’s statement, but previously addressed the copyright dispute in a December statement to CNBC.

“Spotify has paid significant amounts of money for the content in question, and would love to continue to do so,” the statement read. “However, given that Spoken Giants is disputing what rights various licensors have, it’s imperative that the labels that distribute this content, Spotify and Spoken Giants come together to resolve this issue to ensure this content remains available to fans around the globe.”

Other comedians have also spoken out against Spotify’s decision on social media, with Kyle Kinane tweeting out a screenshot of his streaming earnings, saying they average $2,000 a month, to show what kind of money comedians are currently working with.

“Here’s some perspective on streaming royalties,” he wrote. “If you think I’m even a remotely famous comic, think about the folks that are grinding it out with just live shows and streaming income to lean on.”

In his own statement, Spoken Giants CEO Jim King urged Spotify to return to the bargaining table and continue negotiating over writers’ royalties.

“We want comedians to benefit from the exposure Spotify provides and earn royalties for their written work, which is the basis of every great comedy performance,” he said. “No one wants to lose Spotify as a platform, we just want to establish that underlying written works in comedy have value.” 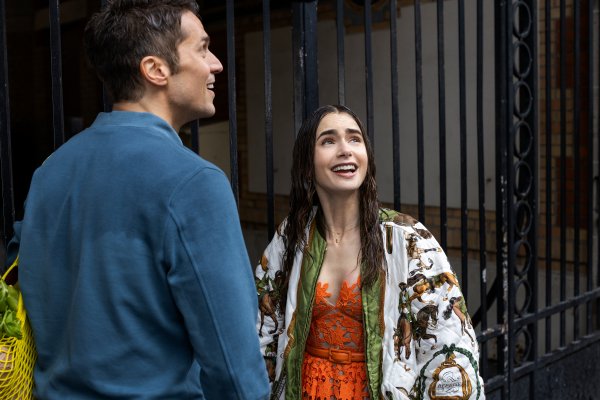 Here's Everything New on Netflix in December 2021—and What's Leaving
Next Up: Editor's Pick