A flight attendant walks through an airplane before the plane's descent into the Dallas/Fort Worth International Airport on November 24, 2021 in Dallas, Texas.
Anna Moneymaker/Getty Images
By Liz Garone

American Airlines pilot Celeste Pasqua Pearce knew it was going to be a rough start to the holiday travel season. On a flight over the long Thanksgiving weekend, a flight attendant took away a first class seat from a toddler traveling with his parents. The parents had paid for the seat, but the flight was oversold and the flight attendant was looking for any way to fit more passengers on the plane. She didn’t even ask; she just told the parents she was taking it. Luckily it was a short haul: John F. Kennedy Airport to Miami International Airport. But it still meant unhappy parents with their squirmy toddler suddenly and unexpectedly a lap child. “I am sure that they will be refunded for the seat, but they weren’t happy about the last minute-change,” says Pasqua Pearce.

The “most wonderful time of year” is anything but that for passengers and flight crews this holiday season, and the list of grievances is already piling up: oversold flights, cancelled flights, understaffed planes and airports, last-minute equipment changes, stressed flight crews, and belligerent travelers. Add to that skyrocketing COVID-19 case numbers from the Omicron variant and constantly changing vaccine rules and dates, and you have a recipe for very little merriment.

“The variant. It’s like pulling the rug out. What’s going to happen next?” says Pasqua Pearce. “It’s the new variant, it’s being short staffed. It’s a lot of things that make it especially hard flying right now.” It’s good for Pasqua Pearce that her second job is moonlighting as a yoga instructor. “I do yoga on a layover or if I’ve had a very long day. I definitely do some deep breathing,” she says.

As a pilot, she considers herself one of the luckier ones. “I get to close the door,” she says. It is the flight attendants who are on the front lines and are forced to take the brunt of the unruly and sometimes violent passengers.

Delta Airlines employee Mari-Zelle Cefre works on a technique during a self defense class. Federal Air Marshals put on a self defense class to commercial aircrew members in Los Angeles, Thursday, Sept. 23, 2021. The Marshals taught basic self defense with the new skills tested in a simulated passenger aircraft at the end of the class.
Hans Gutknecht / Getty Images

As of November 30, the FAA had received 5,433 reports of unruly passengers, 3,923 of them mask related, year-to-date. The agency has launched 1,017 investigations related to these reports.

With the federal mask mandate for transportation currently scheduled to remain in effect until January 18, 2022, these incidents aren’t expected to go away any time soon and definitely not before the holiday travel season gets in full swing.

But more looming and confusing for flight workers is the vaccine mandate for federal contractors, according to Thom McDaniel, a Southwest Airlines flight attendant and International vice president for the Transport Workers Union of America. The deadline has changed numerous times, and there are now legal challenges to it in numerous cities and courts, putting its enforcement in question. “I think all of the airlines and I certainly know that all of the unions are kind of waiting to see what the final disposition is going to be on this. When the mandate was made, it wasn’t very clear, and everybody just started trying to implement it in their own way,” he says. “And now I feel like a lot of what’s happening is people are just waiting to see what’s actually going to end up being the final product.”

For American Airlines Premium Guest Services representative Victoria Kuhns, what ultimately happens with the federal mandate won’t affect her job. She is based at San Francisco International Airport in American Airlines Admirals Club, and back in September, San Francisco’s mayor London Breed announced that all contractors with the county were required to either be fully vaccinated or receive a medical or religious exemption and get tested weekly. Kuhns could think of only one person she knew who had chosen not to get vaccinated. “Our manager has gotten some reports that the number of people vaccinated has increased within the airline since this has come about,” she says.

Kuhns flew over the Thanksgiving holidays, a time of year she would normally never get on a plane but did after she was able to get the flights she wanted despite having to go standby as an employee. Surprising to her, things went quite smoothly. But she knows of at least one coworker who cancelled her holiday travel plans for fear of not being able to return home. “She was hoping to go to the Christmas markets. She was first going to Germany, and then she changed it to France, and then it was back to the northern part of Germany and Ireland,” says Kuhns. “She ended up never going. It was just too much of a headache, too many variables. You don’t want to go there, and then all of a sudden they change the rules, and then you’re stuck.”

But it’s not just about changing health rules. It’s also flights being short-staffed and cancellations and flight changes, says Southwest’s McDaniel. “There’s lot of tension. A lot of people took time off during the pandemic, and a lot of passengers took time off, too. They didn’t do a lot of flying,” he says. “What they are coming back to is a pretty hectic situation with the airlines trying to ramp up and get their flying back to where it was. But they don’t really have the staffing to do that, which has created just really intense delays and a lot of problems in the airports.”

If it’s the airline that cancels your flight, you are eligible for a refund, according to the U.S. Department of Transportation. But if you are considering making the changes yourself, you’ll need to check with your particular airline for their latest cancellation or change policies given the rise of the omicron variant. For example, Delta Air Lines is allowing passengers with basic economy tickets to make changes without a fee or to cancel for credit for flights through December 31, 2021 and January 31, 2022, for flights originating in Europe, Africa, the Middle East, and India. But American Airlines basic economy tickets bought on or after April 1, 2021, are still nonrefundable and not changeable.

For Alaska Airlines pilot Peter Gbelia, Thanksgiving travel felt surprisingly close to “back to normal” and there were fewer hitches than he expected. Having no inclement weather helped. Plus, being a smaller airline helps: fewer delays and fewer cancellations.

Most passengers were following the rules, according to Gbelia. “But one or two people can make the flight miserable for everyone,” he says. Many of the problems he has seen have been around mask compliance. “It’s hard to understand. Somebody will wear their mask in the airport, going through the check in, to the TSA line, waiting for the airplane, in line to get on the airplane. And then once they get on the airplane, they won’t. Why now?”

Gbelia has noticed a change in those people flying this holiday season. “Passengers are less courteous, less polite, more needy. They seem to be on edge,” he says. But it’s not just them. “The flight crews are on edge as well. Our flight attendants are very professional and nice and courteous, but it’s just a burden for them to always have to bend over backwards to try and please people.”

The frustration among flight attendants is not surprising, says McDaniel. “It’s not the job that we’re used to doing. It’s become so much harder, and some people are just not enjoying it as much, so they’re just choosing not to work as much.” This, combined with furloughs and early retirement due to the pandemic, is leaving airlines short-staffed and those flight attendants who are still working being asked to work longer shifts and more of them.

McDaniel likes to remind people that, as first responders, flight attendants’ jobs are to keep people safe and secure. “We honestly believe that when we go to work, we should be able to go home safely to our families. And that’s a reasonable expectation for any job,” he says.

His advice to anyone getting ready to brave the friendly skies this holiday season? “You might want to pack your patience and pack a snack and just remember that the people who are on that plane are there to keep you safe. We’re just doing our job, and all we expect is for you to let us do our job. We will take care of you if you take care of us.” 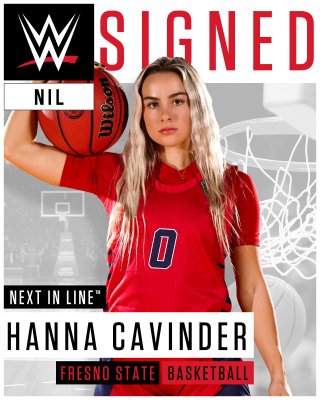 'I'd Love to Throw a Chair at Somebody.' College Athlete TikTok Stars Are Signing on With WWE
Next Up: Editor's Pick