Halo Infinite Made Me Love Gaming With Friends Again

Nostalgia is a curse. Its memory manipulation makes us hyperinflate the value or quality of past relationships, experiences, things we loved. When we see them again, the disappointment can be a shock. No, Speed Racer was not a good cartoon show. No, your grade school crush wasn’t that impressed at your spelling test scores. But yes, the first Halo game was, and still is, the greatest first-person shooter video game ever made. Its mysterious setting on an alien ring world, its stoic soldier facing off against the impossible, its riveting and exciting gameplay. It all adds up to an unforgettable experience that begins what becomes an iconic trilogy of titles.

The last game I played regularly with friends was Halo 4, back in 2012. We’d been playing Halo for years, in dimly lit school computer labs between classes, or via headsets once Halo 2 ushered in the era of the online multiplayer game in 2004. Its familiar haunting opening chant followed us through our lives like walk-on music for years. But when one of my longtime fireteam members and high school friend took his own life, the gang split apart. The game wasn’t fun anymore. I didn’t want to “finish the fight.” And turning on my Xbox to see his name now permanently offline was too painful to stomach.

Now it’s been 6 years since a new Halo game was released (2015’s Halo 5: Guardians), and in that time, a new type of shooter game emerged: one that rids itself of the pesky storyline that made it about the characters instead of you and your friends, and makes games cheaper (or free) to play, supported by in-game purchases. Now, with Halo Infinite (out Dec. 9), the old classic shooter game returns, and tries to get hip with some new features.

Titles like Fortnite, Destiny, and Apex Legends, all with season passes and in-game purchases, have done astoundingly well for their respective developers. It gave Epic Games enough leverage (and money) to start a legal brawl with tech giant Apple. But Halo has grown along with us, and knows what’s in our hearts. Set over a year after the events of Halo 5: Guardians, Halo Infinite puts you in the shoes of the iconic Master Chief—my old friend. Now, in the corner of my eye, playing with friends online, I see it. The Chief, a hero and adhesive for my band of shooter-playing brothers, trying to sell me things. I can’t say I’m not hurt by it.

In Halo Infinite the Chief, a Spartan super soldier named John-117, and his companions—a fellow stranded regular soldier and an artificially intelligent being in the likeness of his previous partner, Cortana—round out an unlikely trio attempting to stop the enemy from taking advantage of an ancient power and killing all humans. If the story sounds a little rough, that’s because it is. His AI buddy is expository to a fault, and functions as the game’s quick and dirty way of dealing with storytelling and worldbuilding for those who don’t remember what happened six years ago.

Despite having your friendly neighborhood super soldier back in action, gone are the iconic personalities that gave the Halo universe its conservative yet evocative character. There’s no Avery Johnson, the gruff black sergeant found in the first three Halo games. His replacement, known as The Pilot, is a cowardly marine expected to find courage through the Master Chief’s encouragement and successive victories against the enemy after his own crushing defeat during the opening of the game. Cortana, the witty AI companion that accompanied the protagonist throughout the series, is, as far as you know, persona non grata. What replaces her is a visually identical version (this time with clothing) though her childlike wonderment at everything truly grates after a short while.

The closest thing Halo Infinite has to a charismatic figure is Escharum, an antagonist with Bond villain-quality monologues, and leader of the primary alien coalition you fight throughout the game, The Banished. And while the Master Chief talks a bit more than he did in the past, it’s mostly in short platitudes, encouragement, and military orders.

The newest addition to its single player campaign is a new open world element, something familiar to anyone who’s played an adventure game in the last decade. It does its story no real favors, and lacks any sort of depth or urgency, aside from the slow progression element that unlocks more weapons, computer-controlled marines, and vehicles that drive like they’re on skis as you complete optional missions.

Even the newest and most important addition to his arsenal, a grapple hook that lets you rocket toward and swing around structures, mountains, and enemies like you’re some sort of gun-toting Spider-Man, is derivative, and not that intuitive to use.

It makes me wonder why even add these half-baked elements to the world in the first place? And what is it about today’s games (and gamers) that demand a certain homogeneity lest a title be panned for not delivering enough hours’ worth of playtime? Historically, Halo’s tight storylines and choreographed ebb and flow of combat and prose were always welcome. Here, in Halo Infinite, we’re told to make our own fun.

Where Halo Infinite truly shines: blowing up your friends. Four-person teams of fellow Spartan soldiers face off in various games (team firefights, capture the flag, a hot potato-style game called “Oddball”) and earn points toward progression through the optional season pass one buys to unlock the good gear. The variety of weapons means every fight can turn in the blink of an eye, and come-from-behind victories aren’t uncommon. After taking down a duo of players with a well-placed rocket launch, and turning around to nail a third with a grenade, I felt like I was back in the saddle. Me and the Chief, taking the fight to the bad guys.

What makes Halo Infinite differ from today’s high-octane, fast-paced shooters is its sense of age. Its pace is far slower than its competition, letting you savor the action a little bit more. In every firefight, there’s a real feeling of “hey, maybe I can actually win this one,” before you ultimately lose that one.

Still, customization options suffer from the same bland color palette, with cooler options available should you decide to fork over some cash and buy the season pass. The introductory set of items has already been panned for being too bland and sparse, compared to entrenched free to play shooters that offer costumes and accessories far beyond the traditional color palette.

Some mainstay Halo features, like co-op play and Forge (which lets you make custom multiplayer maps) will be unavailable at release, set to be introduced in later seasons of Halo Infinite. Disappointing, but at least you didn’t pay $60 to be disappointed.

I’d hoped that logging back in to Halo would feel comforting, like a hug from my old friends, even the one who is gone. But it’s impossible to recapture the essence of something from the past. The only thing a game can do is recognize that it has a past, and carve a new future for itself. That’s what Halo Infinite does, at least for me. Yes, its story isn’t exactly a narrative masterpiece, the open world is pretty generic, and it’s frustrating to be hit up for money in a world where that once had no place. It wasn’t the cathartic closure to my friend’s death that I thought it might be—and I’m not sure anything will be. But it is the best of Halo where it counts. With friends old and new, it’s a blast and a half, and victories snatched from the jaws of defeat feel as rewarding as they did so many years ago.

Its first steps are conservative, but Halo Infinite is just getting started, and supposedly has a shelf life of a decade before the introduction of something like a Halo Infinite 2, according to developer 343 Industries. That means years of iteration, upkeep, additional content—and microtransactions galore—await you should you wish to remain in the world of Halo. For many, myself included, Halo is back in a major way. 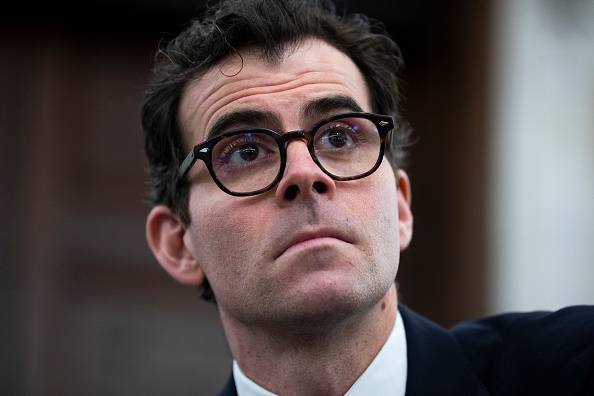 'Instagram Sees a Dollar Sign When It Sees Kids.' Instagram Head Adam Mosseri Grilled by Lawmakers Over Platform's Harms to Young People
Next Up: Editor's Pick