Black Friday Discounts Fade as Demand and Inflation Power Ahead

Black Friday deals ranked among the least generous in years as more U.S. consumers headed back to stores on one of the busiest shopping days of the year.Retailers appear to have the “lowest level of clearance goods in five years or more,” Oliver Chen, an analyst at Cowen & Co., said in a report Friday. According to Salesforce.com Inc., the average discount on products purchased during the past couple of days globally was 24%, down about 2 to 4 percentage points from the average in recent years.“If consumers see 25% off, they should feel really good about that,” Rob Garf, Salesforce.com’s vice president of retail, said in an interview. The start of this year’s holiday season has “some of the lowest average discount rates that we’ve seen in recent history.”Chalk it up to a mix of strong demand, rising inflation and diminished product availability because of the global supply-chain crunch. While retailers are dangling deep price cuts on some products, the overall level of markdowns is apt to enable retailers such as Macy’s Inc., American Eagle Outfitters Inc. and Kohl’s Corp. to shore up their merchandise margins, Chen said. And while bargain hunters may be frustrated, shoppers are still spending freely.

“We’re likely to see very much more full-price selling,” Ken Perkins, founder of Retail Metrics, a researcher, said in an interview with Bloomberg TV. “Consumers have been surprisingly willing to accept price increases.”

Tia Smith, a 22-year-old sales assistant at a Macy’s in Brooklyn, said some shoppers inquired about the discounts they were accustomed to before the pandemic.

Given a scarcity of irresistible bargains, traffic was light at some locations. A Target store in the New York suburbs had less than half as many people compared with Black Fridays before the coronavirus pandemic, said Meliesha Francis, 37. She came for staples such as Huggies diapers, which weren’t discounted. A trip to the Bed Bath & Beyond in the same shopping complex earlier that morning had proved equally fruitless.

“There was only one set of curtains on sale,” Francis said.

Part of that is by design. Target Corp. and Walmart Inc. began offering Black Friday deals weeks ago, spreading out demand over a longer period. Both companies reported strong sales growth when they reported earnings last week and issued upbeat outlooks for holiday spending.

“While historically we thought of Thanksgiving weekend and Black Friday as the kickoff to holiday season, in many ways it’s now halftime,” said Matt Shay, chief executive officer of the National Retail Federation.

Online spending on Thursday — Thanksgiving Day in the U.S. — came in at the low end of expectations with $5.1 billion, according to the Adobe Digital Economy Index. Adobe had predicted a range of $5.1 billion to $5.9 billion earlier this week. But the company reiterated its prediction that online spending from Nov. 1 through Dec. 31 will rise 10% to $207 billion, a record.

At physical stores, comprehensive foot-traffic data aren’t yet available for Friday, and overall sales could still be elevated thanks to online orders or shopping into the evening. After all, a lack of doorbusters means shoppers don’t really need to get there early.

“The chaos of past Black Fridays would actually be problematic given the inventory scarcity,” said Simeon Siegel, a retail analyst at BMO Capital Markets. “The reality is companies don’t have the units to see 2019 traffic.”

Black Friday Update: Follow all the retail action into the weekend

Whatever the final sales tally, plenty of customers came out to shop. By midday at a Tanger Factory Outlet in Fort Washington, Maryland, police began limiting the number of cars in the lot. Around the same time, a crowded Best Buy Co. store in Irving, Texas, had long lines at the cash register and a steady stream of customers exiting with their purchases.

“It’s better to actually see what you’re getting,” said Jorge Arriaga, 42, a supervisor at a concrete recycler who bought a 55-inch TV for about $400. “Sometimes when you order online, you open the package and it’s not quite what you were expecting.”

Craig Johnson, president of Customer Growth Partners, dismissed a lack of deals as “an urban myth,” and said plenty of stores were offering discounts of 40% to 50%.

Foot traffic is likely to prove strong at malls around the country even if rainy weather hurt turnout in the Northeast, he said. Since malls are no longer opening late at night on Thanksgiving, teen shoppers seem to have shifted back to Black Friday morning and that drove a lot of the action, he said.

Still, many stores are finding they can pull back from the price reductions they’ve offered in the past. Abercrombie & Fitch Co. was offering 50% discounts two years ago, said CEO Fran Horowitz. Now they’re only 30%.

“I’ve been here for seven years and this is the first time we’ve been able to do 30% off since I’ve been here,” she said in an interview. “Those 20 points make an enormous difference in our bottom line, and the consumer is obviously responding nicely to our product.” 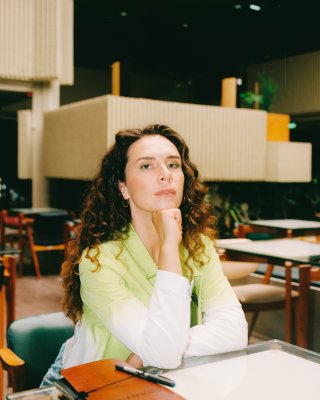 Why This Dating App Is Paying All Employees an $80,000 Minimum Salary
Next Up: Editor's Pick