Humans need to be close to other humans: when you say it like that, it sounds like your typical warm, fuzzy truism, the kind of platitude we all accept without question. The truth is that real closeness goes far beyond appreciation for—or adoration of—another person. It requires a fortitude that’s almost steely, an openness to self-examination that can be as painful as it is edifying. That’s one of the ideas at the heart of Ryûsuke Hamaguchi’s swimmingly gorgeous three-hour drama Drive My Car. The movie is tender like a rainstorm: only in the aftermath, after you’ve allowed time for its ideas to settle, does its full picture become clear. It’s the kind of movie that makes everything feel washed clean, a gentle nudge of encouragement suggesting that no matter how tired you feel, you can move on in the world.

Kafuku (Hidetoshi Nishijima), the middle-aged widower at the center of Drive My Car, may seem to be moving along through life, but he isn’t really. He’s an acclaimed actor and the proponent of an innovative style of theater, in which not all the performers speak the same tongue: the dialogue is projected, translated into multiple languages, above the stage. Kafuku’s wife, Oto (Reika Kirishima), a television writer, has been dead for two years: we meet her in the movie’s opening scenes, which give us a sense of the couple’s respectful but somewhat detached relationship. They’ve lost a child; Oto has been unfaithful. But it becomes clear that her sudden death has affected Kafuku in ways he hasn’t reckoned with.

He accepts an appointment with a theater festival in Hiroshima, to mount a production of Uncle Vanya. The festival provides him with a driver, a rather sullen young woman from the country, Misaki (Toko Miura), who will drive him to and from rehearsals in his Saab 900, a car he cherishes. Misaki waits for him, smoking and reading, as he goes about his business; the two don’t talk much—until they do. The bond between them deepens gradually, even as Kafuku staves off some emotional turmoil he hadn’t been expecting: Takatsuki (Masaki Okada), a handsome young TV actor, has auditioned for the play, and Kafuku casts him in the lead role—even though Takatsuki’s mere presence stirs up some particularly painful memories of his late wife.

Drive My Car is a story of loss and forgiveness—not just the act of forgiving another person, but also of forgiving oneself. The movie is adapted from a Haruki Murakami short story of the same name, from his collection Men Without Women. Hamaguchi—who cowrote the script with Takamasa Oe—fleshes out Murakami’s potent, economical tale without ever making it feel padded or bloated. With his words and ideas, Murakami provides the roots; Hamaguchi explores the branches and tendrils of feeling that stem from there, using Chekhov’s language—its dialogue of regrets and longing, and of the importance of capturing the fleeting joy of life as we’re living it—to find purchase between the boughs.

Nishijima and Miura are wonderful here, as two people trying to kick free of very different nets of guilt. As the driver Misaki, Miura’s guardedness gives way to cautious warmth; the more we learn about her the more we warm to her—her gradually unfolding sense of freedom sets something free in us, too. And Nishijima, as a man who can’t bring himself to embrace the fullness of grief, holds a reservoir of weariness behind his boyish features. His sorrow is too much to bear because he hasn’t even begun to try to understand it. It’s the playboy heartthrob Takatsuki, in a shimmering rush of dialogue that could almost be a miniature roadmap for getting through life, who gives Kafuku the key to understanding everything that he’s walled off in himself. I’ve mentioned that Drive My Car is three hours long. But if you give yourself over to it, the time sails by. And when you look at the ribbon of road behind you, you might not believe how far you’ve come. 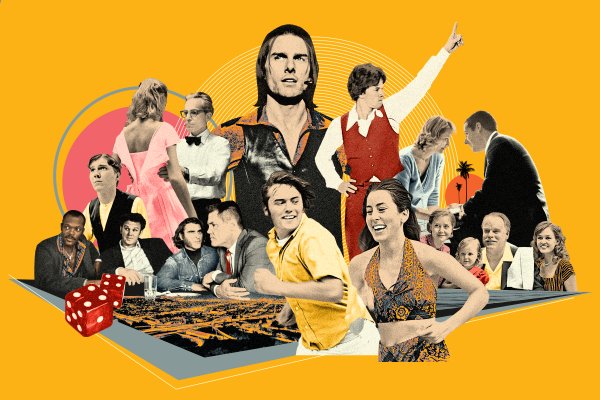 All of Paul Thomas Anderson's Movies, Ranked
Next Up: Editor's Pick