Quentin Tarantino’s foray into the world of NFTs hit a major speed bump this week when the production company Miramax filed a lawsuit against the director in California court for selling Pulp Fiction NFTs.

At the NFT.NYC conference earlier this month, Tarantino announced onstage that he would be auctioning off excerpts of his original Pulp Fiction screenplay, which contain “secrets” about the film and his process as a creator, as NFTs (non-fungible tokens). But Miramax is arguing that the company, not Tarantino, own the rights to the film and the screenplay, and have sued for breach-of-contract and copyright infringement. “Tarantino’s conduct has forced Miramax to bring this lawsuit against a valued collaborator in order to enforce, preserve, and protect its contractual and intellectual property rights relating to one of Miramax’s most iconic and valuable film properties,” the lawsuit reads.

The lawsuit is another example of the sometimes fraught way in which the concept of NFT ownership has collided with existing copyright law. It further signals that established powerhouses are taking the technology seriously and believe there’s real money to be made in the space.

How does ownership of NFTs work? Under U.S. copyright law, only the copyright holder (absent a license) of an original work has the authority to transform it into an NFT. This hasn’t stopped artists’ works from being stolen or plagiarized and sold on NFT platforms. But typically, the value of those unofficial NFTs have little value in the marketplace, since they’re not seen as legitimate by buyers. If those buyers then flip the counterfeit NFT to a third party, they also risk litigation themselves.

Tarantino is trying to sell seven scanned digital copies of his handwritten original scripts, which include deleted scenes, with audio commentary. The NFTs would have content only visible to the owner in addition to a publicly viewable portion; the date of the auction has yet to be announced. But Miramax says that when they signed a contract with Tarantino in 1993, he signed over the rights of the film, with the exception that Tarantino kept limited “Reserved Rights.” Those “Reserved Rights” include a clause saying Tarantino has the rights to “print publication (including, without limitation, screenplay publication)” of the film. (Miramax was co-founded by Harvey Weinstein, who left the company in 2005.)

According to the complaint, Tarantino’s lawyer argues that his NFT sale falls within the “screenplay publication” clause. Miramax, naturally, argues the opposite: that the sale is “a one-time transaction, which does not constitute publication.” The complaint also mentions that Miramax itself hoped to sell NFTs from the film, and that Tarantino’s venture impairs them from doing so. Another aspect that will be argued over is whether Tarantino’s original script–created before his deal with Miramax–retroactively falls within Miramax’s purview of the film’s screenplays.

The complaint says that Miramax sent Tarantino a cease-and-desist once they learned of the endeavor, which Tarantino ignored. In a statement published by Variety, Tarantino’s attorney Bryan Freedman rebutted Miramax’s claims, writing that “Miramax is wrong — plain and simple. Quentin Tarantino’s contract is clear: he has the right to sell NFTs of his hand-written script for Pulp Fiction.”

While there have been several lawsuits filed over the last year involving NFTs and copyright infringement, very few of them have made it to court. “99 percent of lawsuits settle: They don’t go to trial or end up in a judgment,” Moish E. Peltz, a partner at the law firm Falcon Rappaport & Berkman who specializes in IP and emerging tech, says. Peltz has worked over the past year with several NFT platforms and creators, and says that disputes over which potential shareholders should be involved are often resolved before the projects are made public. “From a risk mitigation perspective, it seems like it would be a best practice to be proactive in including everyone that reasonably should be part of that deal,” he says.

Lawsuits are not only costly for the parties involved, but also have the potential to negatively impact the court of public opinion. A key reason why many people buy NFTs is for speculation: because they believe the NFT will be worth more down the road. Even if a lawsuit never materializes, whispered allegations can make prospective buyers skittish. Such was the case with Weird Whales, an NFT art project that received national attention for being created by a 12-year-old programmer who raked in six figures. But social media users soon found evidence that the art might have been copied from another project, and people began selling their whales at a loss. Now, the project’s average price on the marketplace Opensea is a quarter of what it was at its peak.

Something similar happened to the hip-hop mogul Damon Dash, whose attempts to sell Jay-Z’s classic debut album Reasonable Doubt as an NFT in June led to Jay-Z’s label Roc-a-Fella records suing him and successfully obtaining a temporary restraining order against him. Dash still went ahead and started an auction for a third of the rights to the album, which he legitimately owns, for $10 million. But it has so far received no bids. Jay-Z, meanwhile, sold an art piece NFT inspired by the album with Sotheby’s, which sold for $138,600.

While some in the NFT community have come to Tarantino’s defense, the crypto market is extremely fickle. “That’s one of the reasons why it might make sense for them to settle amicably: because the project might not be able to move forward if there’s this cloud hovering over it,” Peltz says of Tarantino and Miramax.

Peltz also says that Miramax’s lawsuit can be read as something of a publicity play, and a signal that they are engaging with NFTs as a potential revenue stream. They’re not the only ones: major entertainment companies with deep IP libraries, like Disney and Warner Bros., have begun trying to capitalize on a market that had previously been dominated by crypto-native artists or companies like Beeple and Larva Labs. “It might be a good business decision for Miramax to essentially broadcast to the world that if you are in a similar situation as Quentin, you might want to come speak to them first before launching your NFT project,” Peltz says.

Peltz says that the legal entanglements surrounding NFTs are just beginning, and he’s working with creators and platforms to make sure that terms of NFT sales are laid out clearly to potential buyers. “Some projects convey very limited intellectual property rights to the purchasers of the entities, where some projects convey very broad commercial rights. A bunch of big brands now are using, for example, Bored Apes, for some other commercial use. So like, where’s that going? Are there concerns with usage IP that aren’t being thought about?” 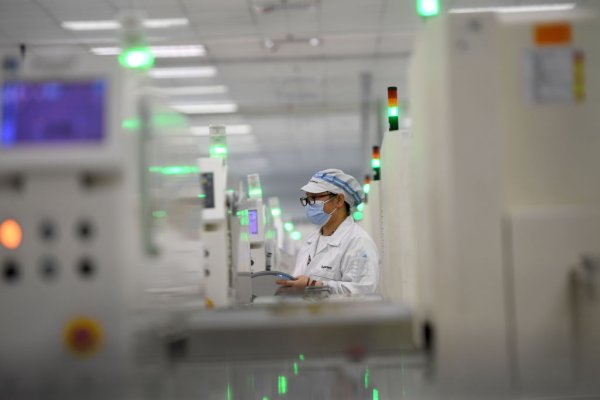 Xi Eyes Innovation and Oversight for China’s Digital Economy
Next Up: Editor's Pick