Is a Fifth Wave Coming? Ahead of Holidays, COVID-19 Cases Are Still Below 2020 Levels—For Now

New confirmed cases of COVID-19 are once again rising across a broad region of the United States in what could be an early indication of a fifth wave of infections and related deaths. The timing is particularly inopportune, as millions of Americans prepare to gather for Thanksgiving. While the insurgent virus never strikes everywhere at once, the holidays do.

Like the early days of the second, third and fourth waves, the abrupt flatlining of a precipitous decline in cases is not a good omen when it lasts more than a week. In five of the past seven days, the weekly rolling average of new cases, which is reasonably resistant to daily fluctuations in reporting, has been higher than the day before.

This trademark flattening of the curve after an extended decline in the pandemic’s perpetual two-month cycle typically foretells a spike. The unwelcome reversal comes just 16 days after cases dipped below the level we saw at this time last year, when the pandemic’s devastating third wave was already well on its way. Deaths, meanwhile—which typically lag about two weeks behind cases—remain slightly above their 2020 year-over-year counterparts.

The strongest hope that this could be a false alarm—and as always, I do hope I’m wrong—is that the current clip could be the last gasp of the fourth wave, not the introduction of the next one. Over the summer, cases blossomed across both the South and Upper Northwest, often leading to infections and mortalities that met or outstripped January’s catastrophic figures. Every state that’s currently experiencing rising cases, meanwhile, is still posting figures below the record levels last winter—or, in the case of New Hampshire and Vermont, reached a new all-time high in the past week. The ever undulating COVID-19 Belt currently stretches from Maine to Minnesota and all the way to Arizona, while regions that posted record figures in August and September remain comparatively dormant.

2021 wasn’t supposed to look like this. When the Pfizer-BioNTech vaccine first rolled out in the U.S. on Dec. 14, it promised a foreseeable end to what already felt like eternal torpor. That hope predated the rise of the Delta variant, but it was also predicated on two assumptions: that a supermajority of adults would get vaccinated as soon as possible, and that we could endure a shuttered existence just long enough for that to happen.

The fast mutation of the novel virus could not have been prevented, and vaccine hesitancy (and “meh-sitance”) was arguably inevitable. As for the reflexive advance and retreat of reopening, I would hazard a guess that the May 13 Centers for Disease Control and Prevention edict that freed the fully vaccinated from wearing masks in many scenarios will not be looked upon kindly by the history books.

Those books cannot be written until the U.S. and world kick the two-month cycle. This doesn’t mean total hermitage at a time when the economy is desperately in need of participation. It does mean that safety protocols will need to revert to those utilized in the earlier days of the pandemic—for as long as the data are anywhere nearly as bad as or worse than they were a year ago. 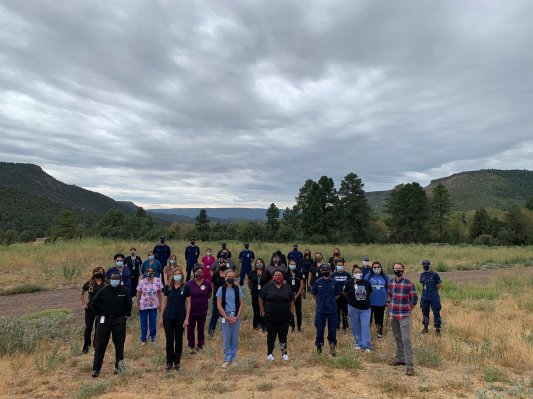 An Apache Tribe's Innovative COVID-19 Contact Tracing Model Saved Lives. It Could Work Elsewhere Too.
Next Up: Editor's Pick