The deletion of a single word in the latest draft of the climate deal being negotiated at the COP26 climate conference signals a surprisingly ambitious move to keep global warming below 1.5 degrees Celsius.

Under the Paris Agreement signed in 2015, countries agreed to keep the temperature increase to “well below’’ 2°C degrees and try to limit it to 1.5°C compared to pre-industrial levels. But after the United Nations published a report in 2018 showing how much worse the world could be at the higher level, many have been pushing for the world to cut emissions to meet the lower target. COP26 President Alok Sharma has made “keeping 1.5 alive” his mantra for the outcome of the Glasgow talks.

Felix Schenuit, a visiting fellow with the Berlin-based research institute SWP Europe, said the tweak in the text is significant. It closes a backdoor that would have allowed the world to heat beyond 1.5°C in the next few decades, before dropping back to that level by 2100 by sucking up carbon dioxide from the atmosphere. “Politically, the new version is more ambitious wording,” he said.

Avoiding an overshoot “requires incredibly rapid emissions reduction,” said Zeke Hausfather, a scientist with Berkeley Earth. However, that’s “not consistent with the level of commitments we’ve seen from countries” at COP26, he added. If countries sign off on the new language, it could mean further COP meetings would be about turning that “recognition” into deliverable climate pledges.

A counterpoint, according to Oliver Geden, who also works at SWP, is that the deletion of 2100 “might be well-intended, but would in fact remove any constraint’’ by when a return from the likely overshoot happens. That’s because most emissions trajectories that keep warming below 1.5°C include overshooting the target first.

Both drafts say that meeting the 1.5°C goal would require “reducing global carbon dioxide emissions by 45% by 2030 relative to the 2010 level and to net zero around mid-century.” The latest version goes one step further, adding that countries also recognize the need for “deep reductions in non-carbon dioxide greenhouse gases.”

If the language makes it into the final communique, it would mark the first time that countries meeting at a COP sign off on the 1.5°C target in line with the 2018 UN report, and it will send the strongest signal yet that they take the goal seriously, said Schenuit. The Group of 20 communique, agreed just before COP26, mentions 1.5°C, but it doesn’t specify how quickly emissions need to be cut to ensure that it’s achieved. 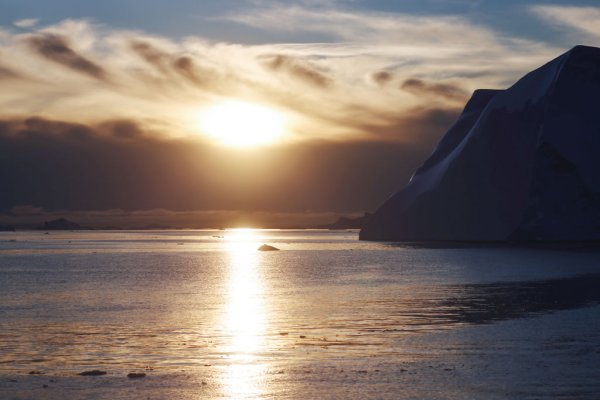 How Gratitude Can Help Combat Climate Change
Next Up: Editor's Pick