Who will be held legally responsible for the deaths of 10 concertgoers and injuries of many others at Travis Scott’s Astroworld Festival at Houston’s NRG Park on Nov. 5? If the mounting lawsuits filed over the last few days are any indication, there’s plenty of blame to go around. At least 46 civil lawsuits have been filed in Texas seeking damages for death or injuries, with Travis Scott, Drake—who performed onstage alongside Scott—and Live Nation Entertainment Inc. among those sued.

In one lawsuit, Scott was accused of actively encourag[ing] and foment[ing] dangerous behaviors” that led to the deaths as well as 23 people being hospitalized, 11 people going into cardiac arrest, and more than 300 being treated for injuries on site. Meanwhile, the criminal investigation by authorities is just beginning. TIME talked to two lawyers for insight into who might be held responsible and what we can expect to happen next as more answers are uncovered.

What happened at the Astroworld Festival?

On Friday night, some 50,000 people showed up to NRG Park stadium complex, the home of the Texans football team, for Scott’s third annual Astroworld Festival. Scott created the event in 2018 as a celebration of his hometown; its first two iterations drew large, rowdy crowds there for both Scott’s high-octane musical performances and exclusive merch. (Scott prides himself on the ferocity of his live shows, in which mosh pits frequently break out during his seizing, punk-oriented hip-hop anthems like “Goosebumps” and “NO BYSTANDERS.”) This year, the energy was high right from the jump: videos from early in the day on Friday showed young concertgoers rushing through the barricades (although that sort of behavior is not uncommon at music festivals).

At 9 p.m., following a series of opening acts, Scott took to the mainstage, sending the packed standing room crowd into a frenzy. Fans pressed toward the stage from the sides, according to Fire Chief Samuel Peña, leaving little room for people in the front middle section to breathe. (Authorities said they were still unclear about what exactly caused the stampede.) People began passing out in the middle of the scrum, with extremely young concertgoers among the victims: at least two teenagers were killed, and a 10-year-old was hospitalized. At around 9:30, an ambulance made its way into the crowd; videos captured fans dancing on top of it.

But the show kept going. It only was around 10:10, or more than 30 minutes after city officials declared the show a “mass casualty event,” that the concert ended. Videos of concertgoers screaming “stop the show” to no avail circulated on social media. It’s unclear how much of the violence could be seen from the stage or by concert organizers, although Scott stopped the show at least once to direct security toward unconscious people. (It’s not uncommon for people to pass out at shows, especially those by Scott.)

Troy Finner, Houston’s police chief, told the New York Times that officials were worried that stopping the show early could have spurred even more animosity and violence. “You cannot just close when you got 50,000 and over 50,000 individuals,” he said. “We have to worry about rioting, riots, when you have a group that’s that young.”

Could Travis Scott himself be held responsible?

In the history of mass deaths at music events over the last half century, it’s quite rare for the onstage performer to be held liable. Pearl Jam wasn’t sued in 2000 when nine people were trampled to death at the Roskilde Festival in Denmark; neither were the Who when 11 people died at Cincinnati’s Riverfront Coliseum in December 1979.

This case could be different for several reasons. Scott wasn’t just a performer, but an organizer and supervisor of the event. The New York Times reported that Scott had been warned about potential crowd control and safety issues by Finner, the Houston Police Chief, who went to Scott’s trailer to voice his concerns in person.

Lawyers who are involved in suits against Scott are pointing to the fact that he has a history of riling up crowds in a way that authorities have considered reckless. He’s been arrested twice for encouraging concertgoers to ignore security and storm his stage, in Chicago and Arkansas. In 2017, he encouraged fans to jump from a balcony at a New York venue and was sued by Kyle Green, a fan who fell from a balcony during the concert and became paralyzed. (Green’s lawyer, Howard Hershenhorn, wrote in an email to TIME that the case has yet to be resolved and is still in the discovery phase.) In the 2019 iteration of Astroworld, three people were injured during a frenzied rush to enter the venue.

“This is an artist that has a propensity to create mayhem and create a disregard for safety,” Thomas Henry, a Texas lawyer who is representing several victims of the festival, told TIME.

Injury lawyers will also try to argue that that Scott’s sometimes-violent lyrics should be used as evidence against him. (“It ain’t a mosh pit if ain’t no injuries,” he rhymes on 2018’s “Stargazing.”) This sort of tactic—which has been used in many criminal cases over the years—has drawn its fair share of criticism. “Great music is more often than not rooted in storytelling, and by imposing criminal consequences for a story told through an artistic medium, the court here threatens to stifle creativity and limit the scope of artistic expression,” the lawyer Dina Lapolt wrote in Variety this year while protesting the decision of Maryland’s highest court to make rap lyrics admissable.

It’s unclear how much Scott knew how dire the situation was while onstage. “Any time I could make out anything that was going on, I’d stop the show and help them get the help they need,” he said in an Instagram video after the show, appearing distraught. “I could never imagine the severity of the situation.”

It seems less likely that Drake will be held responsible, given that he was not an organizer and appeared as a supporting act to Scott. Still, a lawsuit that names him as a defendant and argues that “he helped incite the crowd even though he knew of Travis Scott’s prior conduct.”

Aside from Scott, the companies named on lawsuits include the organizers Live Nation and Scoremore and the Harris County Sports and Convention Corporation, which manages NRG Park. The lawyer Henry says that a key part of his lawsuit is to obtain the festival’s contracts, to determine the liability of the respective parties as well as the insurance contracts that may be in place. “Those contracts are going to allow us to determine a lot more about the relationships between all of the parties that may be responsible,” he says.

Organizers were well aware of potential risks when concert prep began, and were responsible for hiring security, providing emergency medical services, controlling crowds and forging evacuation routes. The New York Times reported that a security plan produced by the concert’s organizers before the festival cautioned that “the potential for multiple alcohol/drug related incidents, possible evacuation needs, and the ever-present threat of a mass casualty situation are identified as key concerns.” Security was also beefed up compared to last time: Houston Mayor Sylvester Turner said that 528 police officers and “755 security guards provided by Live Nation” were assigned to the concert, according to the L.A. Times.

Attorneys for the festival’s victims will try to argue that organizers were unprepared to the point of negligence: that there was a lack of trained security, capable medical staff or even water to combat dehydration on the grounds. Sami Anjum, an EMT at the festival, told the Washington Post that the festival “simply had too many patients and not enough medical staff,” and that medics ran out of necessary equipment due to a deluge of people suffering from drug overdoses. A security guard who had been assigned to work the festival told CNN that he quit Friday morning due concerns over security and a lack of training. Henry says he is also looking into suing other defendants, including “security companies” and “planning companies.”

Given that the number of people with claims is already extremely high—Henry says he is representing over 100 concertgoers in lawsuits—the settlement claims could be astronomical. For reference, the 2017 mass shooting at the Route 91 Harvest country music festival in Las Vegas resulted in MGM Resorts International—which owned the festival venue—and its insurers making $800 million in payouts. (Insurers paid the vast majority of that sum, $751 million.) Earlier this year, Live Nation was ordered to pay $20 million for pain and suffering for a construction worker who suffered traumatic brain injury while building a vendor’s booth at Jones Beach Theater.

“When you’re looking at the deaths and injuries, I would not be surprised to determine at some point that the level of verdicts in this case could reach in the billions,” Henry says.

Will someone go to jail?

While the civil lawsuits proceed full steam ahead, local authorities will also be investigating whether or not to press criminal charges against Scott and others. It’s much harder to be convicted on criminal charges—which require evidence beyond the reasonable doubt—than on civil charges, which require a preponderance of the evidence, or a greater than 50% chance of being true.

“I think that there certainly is negligence, but whether that negligence rises to the criminal level all depends on the evidence they uncover,” the injury lawyer Howard Hershenhorn says. “We’re starting to see small openings of that, like the fact that the police chief met with Scott previous to the show and there was a conversation with him about security.” A spokeswoman for Live Nation wrote in a statement that event organizers would “provide as much information and assistance as possible to the local authorities.”

Harris County Judge Lina Hidalgo called for an independent investigation, arguing that the Houston Police Department itself might have been culpable in the disaster. Investigators will also look into whether or not drugs played a role in the crowd surge.

There is some precedent for organizers being convicted for concert deaths. After the Ghost Ship warehouse fire in Oakland in 2016 that left 36 concertgoers dead, the venue’s primary leaseholder Derick Almena was sentenced to 12 years in prison for criminal negligence, although he is expected to only serve one and a half years of in-home confinement due to credit for time already spent behind bars while awaiting trial and good behavior.

In 2010, 21 people died during a stampede at the Love Parade in Germany, leading to ten employees of the city of Duisburg and of the company that organized the event being criminally charged. But the trial was discontinued for lack of evidence directly tying individuals to the tragedy as well as the impacts of COVID-19 in the spring of 2020.

Given the number of potential victims and defendants involved, it’s likely that any civil and criminal cases will drag on for years. Henry says that aside from legal battles, he hopes more protective measures will be developed by concert companies to better protect crowds in the future. “There has to be a better protocol in place to protect the public,” he says. “I hope that all these institutions associated with live performances take this to heart and begin to make changes immediately.” 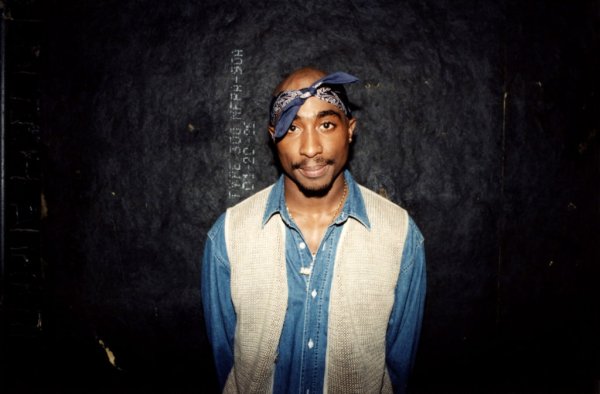 Tupac Shakur's Life, Legacy to Be Subject of Massive Exhibit
Next Up: Editor's Pick