Your Personality Could Add Years of Healthy Living

When it comes to strategies for slowing down the aging process, exercise and nutrition are the usual suspects—but don’t ignore the power of mind over matter.

Recent research shows that several personality traits predict who will enjoy health into their 80s and beyond. According to some studies, the link between personality and longevity is as strong as intelligence or how much money you have, both of which are correlated with longer lifespans.

These characteristics of the mind are fairly stable, but experts believe we can enhance them at any age—more easily, perhaps, than our bank accounts. The following five traits can be cultivated for a long, healthy life.

People who are conscientious—organized and responsible—tend to live longer. “It’s probably the best silver bullet we can hope for,” said Nicholas Turiano, a psychology professor at West Virginia University. Being conscientious is a “resilience factor” that may help some individuals overcome major risks to health, such as living in poverty, said Turiano.

Many conscientious people are diligent about exercise and nutrition. They also seem to have better coping strategies for stressful situations, said Turiano, leading to less inflammation, which in turn slows down aging.

People can become more conscientious through support from friends, coaches and psychologists. Smartphone apps may help, too. For example, participants in a study published earlier this year increased their conscientiousness significantly by using a digital coach called PEACH. This app reinforces personality change through chatbot conversations and tips, such as reminders to reflect on progress toward one’s goals by writing in a diary.

Another good quality for longevity is being purposeful, or having a direction in life with clear goals that energize you. Those who say that they have a life purpose recover faster from aggravations such as viewing pictures of pollution and other disturbing scenes. They also tend to have more brain volume in an area of the brain that’s linked to self-awareness and decision-making.

Many types of purpose are beneficial. “It’s so unique to the individual,” said Patrick Hill, a psychologist at Washington University in St. Louis. Some derive purpose from their jobs, whereas retirees report feeling more purposeful during the evening if they socialized that day, according to Hill’s research. People driven by artistic purposes may have a longevity edge, too. “Being creatively inclined can provide a sense of direction,” said Hill.

Purpose and conscientiousness overlap, but they’re not quite the same trait. Picture an employee conscientiously following the boss’s orders without batting an eye, chiming in constructively at meetings, yet lacking a deep connection to the job. “Purpose predicts health outcomes above and beyond the role of conscientiousness,” Hill explained.

To become more purposeful, finding the right mentor can have a powerful effect. For seniors, engaging in leisure activities, like arts classes, can go a long way toward purpose, well-being and lower rates of dementia and depression.

For a long, healthy life, look for the silver lining. Optimism is associated with exceptional longevity, according to research by Lewina Lee, a psychologist at Boston University. That might include viewing older age as desirable. “I would think that optimistic people tend to feel more confident about their ability to accomplish goals as they age,” said Lee.

In fact, people who see the positives in aging, like wisdom and emotional maturity, live an average of 7.6 years longer. Becca Levy, a psychologist at Yale’s school of public health, said they enjoy this longevity advantage due to exercising more, eating healthier and lower biomarkers of stress-related inflammation—similar to the benefits of conscientiousness.

You can boost optimism by regularly writing about your best possible self. Becoming more age-positive may require undoing negative stereotypes about aging. “As young as three or four, children take in the age beliefs of their culture,” Levy told me. In older age, “those beliefs become self-relevant and impact health.” But Levy found she could improve ageist attitudes by asking study participants to write about seniors with active lifestyles. Her research also shows that nurturing age-positive beliefs in seniors can improve their physical functioning.

Being extraverted, or outgoing, is another trait that can lengthen your span of health. “The link between social relationships and longevity is as strong as cholesterol levels or smoking,” said Susan Charles, a psychology professor at the University of California-Irvine. “It’s a huge effect.”

Social butterflies tend to be more active, said Charles, which protects their health. Just don’t be overly agreeable. If you’re open to other people’s bad habits, you might be swayed by friends who drink, smoke or eat unhealthily.

To become more extraverted, sessions with a psychologist can help. Adopting a healthier lifestyle has been shown to make people more comfortable in social situations. Stay on top of current events and consider joining assertiveness classes or a Toastmasters group. And most of us could probably benefit from brushing up on social skills with online trainings.

A lack of neuroticism

Graceful agers tend to keep an even keel. “They’re less likely to report feeling ecstatic or so sad that nothing will cheer them up,” said Charles. That inner tranquility is easier on the heart and supports better sleep, both of which pay major longevity dividends.

That doesn’t mean dodging every battle, though. Although people with zero stress report greater happiness, they might have worse cognition, a detriment to long-term health, said Charles. “You need a little challenge for optimal well-being.” The most common source of stress is other people, she added, but those who age successfully get the benefits of socializing without feeling threatened or exasperated by others.

Interventions for emotional stability could help Type A personalities, in particular. While they may have more ambition—and purposefulness— they’re prone to hostility, which is associated with cardiac problems. Other neuroses, including anxiety and depression, are similarly linked to faster aging.

Or join a slow movement. Charles noted that just asking Type A personalities to eat more slowly reduced their rates of heart attacks. People who meditate may delay mortality, but it’s not for everyone. To cultivate any of these traits, said Charles, “the right intervention is the one that’s comfortable for you.” 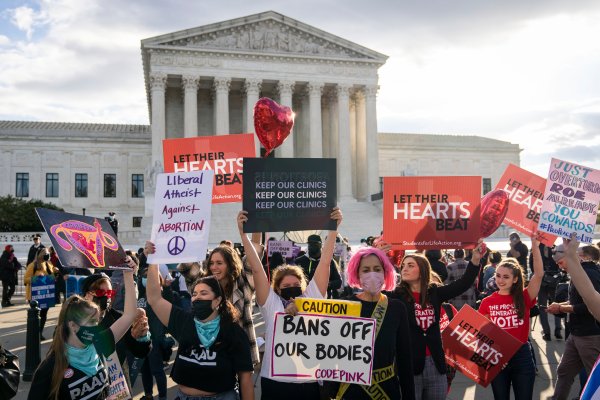