U.S. Gasoline Exports Surge Even as Americans Pay Up at the Pump

While President Biden is fretting about high prices at the pump, even going as far as asking OPEC+ to raise oil output, U.S. refiners are exporting the most gasoline in three years.Shipments of the fuel in the first eight months of the year rose to 802,000 barrels a day, the highest for the period since 2018, before the pandemic started. At the same time, American drivers are paying the most per gallon since 2014. Overseas demand is only set to increase as Mexico, the top importer of U.S. gasoline, is still in the early stages of recovering from the pandemic.The high rate of gasoline exports shine a light on the wider global oil demand picture and underscore the limitations the Biden Administration faces in keeping retail prices in check. U.S. Energy Secretary Jennifer Granholm said the government is “looking at” a release of crude from the Strategic Petroleum Reserve. But that would only temporarily resolve the underlying tightness in the crude market, according to oil consultancy Energy Aspects.

“The White House itself has limited options in what it can actually do,”said Krista Kuhl, a Houston-based oil consultant with FGE. An emergency release has only happened three times in the almost 50 years since the SPR was created.

Most U.S. gasoline exports go to Latin America. Refiners shipped 139,000 barrels a day to Brazil, the highest volume in data going back to 1945. Mexico, America’s biggest foreign buyer of gasoline, still hasn’t recovered to pre-Covid levels but should in the next two years as its economy bounces back from the pandemic.

Pain at the pump isn’t just a U.S. problem. Prices south of the border are also high because the U.S. dollar is so strong that it’s making imports more expensive. Gasoline prices in Brazil rose 46% this year and are the highest in data going back to 2013.

The pull from Latin America is expected to remain strong despite the uneven post-pandemic recovery in the region, says Felipe Perez, a strategist at IHS Markit Ltd. Brazil, he says, is recovering faster than Mexico due to a “sizable” stimulus package. Gasoline demand in Brazil is expected to return to 2019 levels before the end of the year, ahead of the summer in the Southern Hemisphere.

Mexico, which was experiencing an economic slowdown before the pandemic hit- and didn’t enact a stimulus package- should return to 2019 levels only at the end of 2023, Perez said. Despite the slowdown, Mexico remains the biggest foreign buyer of U.S. gasoline. 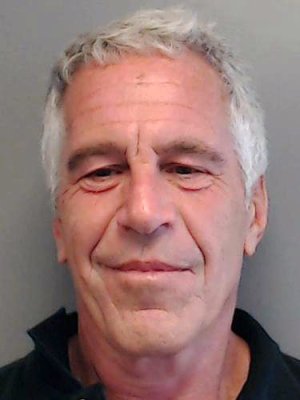 The Business Executives Associated With Jeffrey Epstein
Next Up: Editor's Pick