New York, NY (November 5, 2021) – TIME Studios, Trevor Noah’s Day Zero Productions, Sugar23 and P&G Studios announced today that the timely climate change documentary, FROM DEVIL’S BREATH, will join The Tipping Point documentary series from Trevor Noah that explores the rapidly shifting developments across our culture that are promising to reshape our world. In addition to airing within The Tipping Point, the groundbreaking film completed an Oscar-qualifying theatrical release and has screened as part of the IDA Documentary Screening Series, a curated collection of the most acclaimed documentary films of the year.

From Academy Award®-winning filmmaker Orlando von Einsiedel (THE WHITE HELMETS, VIRUNGA) and producer Leonardo DiCaprio, FROM DEVIL’S BREATH tells the unlikely first-person story of two remarkable narratives that come crashing together; the extraordinary community of survivors of the deadly 2017 wildfires in Portugal, fighting to ensure what they’ve lived through can never happen again; and a revolutionary, world-changing scientific discovery which could help protect us all from the climate emergency.

“As a father with a young son, this was a deeply emotional film to make. Witnessing first hand how the climate emergency is destroying countless lives has left a visceral mark on me and forced me to think hard about the world we’re building. At the same time however, this was also an enormously inspiring film to make. Seeing the resilience of people like Nadia Piázza and Vitor Neves rebuilding their lives after unimaginable tragedy, and learning about the potential of the restoration movement to be a key part of the solution to the challenges of the climate crisis, has filled me up with optimism. I’m very proud of the film we have made and thrilled to be partnering with TIME Studios and the team at Appian Way to release it into the world” said von Einsiedel.

“Collaborating with Orlando on FROM DEVIL’S BREATH was an opportunity I couldn’t pass up. This important story is gripping, powerful and timely, and I am proud to be part of it,” said Leonardo DiCaprio. “Our planet is facing an undeniable climate crisis and my hope is that this film will spark conversation, inspire us to take action, and help unite us to rewild our future.”

FROM DEVIL’S BREATH is poised to engage audiences beyond the film through a social impact campaign amplifying the work of film contributor Dr. Tom Crowther and his newly launched free online platform for global restoration, Restor platform. Only a fraction of nature restoration projects have lasting impact. Small teams, working alone, lack the data, monitoring tools and resource-sharing needed to succeed – Restor will change all that. Backed by the United Nations and World Economic Forum, Restor is like the Google Maps for Nature – it connects audiences with frontline restoration projects around the world, bridging the gap between climate crises and nature-based solutions. For the first time, major scientific datasets are at the fingertips of conservationists, helping local knowledge fuel global change. The impact campaign is produced by the award-winning Project Impact team behind previous Cinema For Peace prize and Sundance Audience Choice Award winners, and will launch alongside the film this Fall at COP26.

“We passionately feel that FROM DEVIL BREATH’S story couldn’t be more important and timely. It highlights the crucial human need for effective, informed restoration and conservation of our natural world, alongside a swift global halt in fossil fuel usage. It directly connects why our home is burning to how we choose to restore nature and illuminates an emergency exit sign in the darkness of the climate emergency. We hope that, through this powerful human story of everyday people, the film will inspire real, tangible action and empower audiences everywhere” said Leland. “We CAN change the future if we unite, share our skills and do this right. The tools are all there. We just need to grab them.”

“FROM DEVIL’S BREATH is one of the most riveting first-person stories about climate change and what can be done to affect the future, and we are thrilled and honored to present the film as part of The Tipping Point,” said Ian Orefice of TIME Studios. 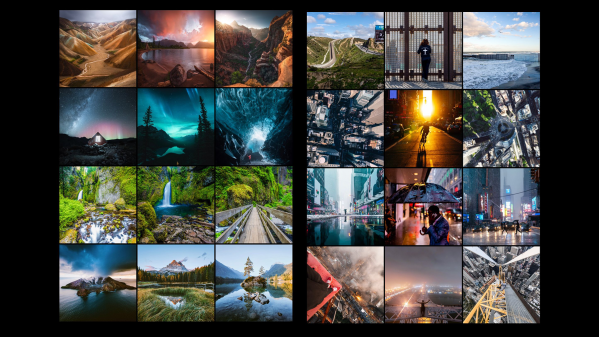 TIMEPieces Joins Forces with FOTO, Gaining Licensing Rights to FOTO’s Digital Artwork and its Vibrant Community of Artists, Technologists, and Collectors
Next Up: Editor's Pick