A White House aide who accompanied Joe Biden to international summits in Europe last week tested positive for coronavirus infection before the president returned to the U.S., according to people familiar with the matter.

The aide and some of Biden’s other traveling staff remained in Scotland after the president attended the United Nations climate summit in Glasgow because of concern about transmission, the people said. The exact number of staff involved is unclear.

The aide, who tested positive via a rapid test, is in quarantine in Scotland and awaiting a follow-up PCR test, a White House official said. The aide is not believed to have had close contact with the president.

The aide is on the National Security Council staff, according to the people. Staff members who had contact with the aide have so far tested negative, the official said. They were supposed to fly back to Washington with Biden Sunday on Air Force One or a support plane, but have since returned on other government aircraft.

White House Press Secretary Jen Psaki intended to travel with Biden but remained home in Washington after family members contracted Covid-19. She was infected herself over the weekend, she announced.

Psaki said Thursday she had symptoms, including fatigue and chills, but has been working from home since the day she got her positive test. She is fully vaccinated and recently received a booster shot.

The people familiar with the matter spoke on condition of anonymity because the White House has not publicly disclosed the positive case in Europe or any measures taken to prevent further transmission.

Psaki has said that the White House would make public infections among “commissioned officers” on Biden’s staff, which generally means senior aides with the words “assistant to the president” in their titles. That includes Psaki herself.

The White House on Thursday night declined to say if the aide is a commissioned officer. Los Angeles Mayor Eric Garcetti also tested positive for Covid-19 while at the COP26 summit in Glasgow, according to his spokesperson.

Former President Donald Trump faced significant criticism for efforts by his White House to conceal the extent of a coronavirus outbreak among his staff before he stood for re-election last November.

Several other foreign leaders skipped the Group of 20 summit in Rome and the UN climate summit in Glasgow, Scotland, at least in part out of concern about the continuing pandemic. But Biden said he thought it was important to attend the meetings in person, and he chided China’s president, Xi Jinping, in particular for not participating.

—With assistance from Jennifer Epstein and Nick Wadhams 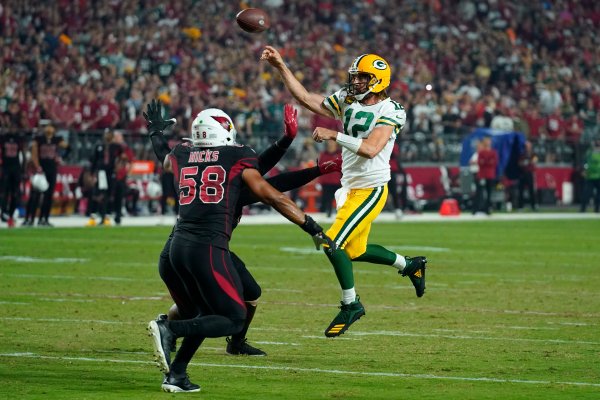 Green Packers Quarterback Aaron Rodgers Is in COVID-19 Protocol
Next Up: Editor's Pick