How Puerto Rico Achieved the Highest Vaccination Rate in the U.S.—Without a Political Fight

People stand in line as they wait to be inoculated with the Moderna Covid-19 vaccine at a Puerto Rico National Guard vaccination center in Vieques, Puerto Rico, on March 10, 2021.
Ricardo Arduengo—AFP/Getty Images
By Mariah Espada

Puerto Ricans have good reason to be wary when the federal government gets involved in their personal health. In the mid 20th century, Washington led a massive, coercive sterilization campaign among Puerto Ricans, impacting as many as one third of all childbearing women in the territory over four decades. In 2017, after Puerto Rico’s fragile health system nearly collapsed in the wake of Hurricane Maria, the federal government’s response to the disaster was riddled with failures.

And yet late last year, when planeloads of the COVID-19 vaccine began to arrive on the tarmac of the Luis Muñoz Marín International Airport, the vast majority of Puerto Ricans welcomed the help. Unlike in the continental U.S., where states are still struggling to convince residents to take the vaccine, Puerto Rico has managed to keep both distrust of federal healthcare initiatives and the mainland’s divisive partisan politics out of its vaccination drive.

The result? The archipelago now has the highest vaccination rate of any U.S. state or territory: 73% of residents are fully vaccinated, compared to just 58% of mainlanders. Ninety-two percent of eligible youth have received at least one dose of the vaccine, also surpassing rates anywhere else in the country.

“It hasn’t been politicized here,” Governor Pedro Pierluisi told TIME in a phone interview. Puerto Rico’s main political parties and their leaders have been broadly supportive of vaccines, as have leaders across the island’s industries, Pierluisi says. “This is not about reds and blues in Puerto Rico. It’s simply about people realizing that this is a health threat and then listening to their medical providers and public officials.”

That sense of cooperation—combined with Puerto Rico’s not-so-distant memories of Hurricane Maria’s damage—has allowed Pierluisi’s administration to tackle the pandemic differently than the mainland. When Pierluisi assumed office in January, he kept a curfew in place across the territory that was only recently lifted after a consistent drop in hospitalizations and deaths. He has maintained a strict indoor mask mandate, which is still being enforced. And in July, he instituted vaccine mandates for teachers and students in both public and private schools, something only California has so far said it will try.

The results have been striking. All of the initiatives have had broad public backing. Not only are nearly three-quarters of Puerto Ricans in the territory vaccinated, Puerto Rico is also leading globally in accumulated low positivity rates, with a less than 2% rate of positive cases, right behind New Zealand, according to a study conducted by Dr. Heriberto Marín of the Department of Health Services Administration.

It’s a stunning achievement in a health care system that has for years been considered among the nation’s weakest. As a territory, Puerto Rico receives less federal funding for health insurance programs like Medicaid; Puerto Rico and other U.S. territories get the lowest amount of total federal dollars spent per capita than any U.S. state, according to Census Bureau data.

Before Hurricane Maria, the territory had an acute shortage of doctors, overcrowded hospitals, and low routine immunization rates, according to a 2017 assessment by the Department of Health and Human Services. After Maria in 2017, many hospitals and community health centers were without power and clean water for months. By 2018, 15% of its medical specialists had left the island, according to data provided to Vox by Puerto Rico’s College of Physicians and Surgeons.

The memory of that devastation is partly what drove Puerto Rico’s efficient response to the pandemic, says Daniel Colón-Ramos, a neuroscience professor at Yale University and head of the Puerto Rico Scientific Coalition, a team made up of scientists, epidemiologists, doctors, public health administrators and more that advised the governor on his coronavirus policy decisions. “Everyone felt a sense of urgency after having seen the healthcare system collapse,” he says. “Everyone was primed and ready to do something to not face yet another disaster.”

One of the key targets of the scientific coalition was to head off misinformation about the COVID-19 vaccine before it took hold in Puerto Rico, says Colón-Ramos. In the mainland U.S., vaccine misinformation targeting the Latino and Spanish-speaking communities has contributed to low vaccination rates.

The coalition’s scientists ran workshops with local journalists to give them primers on the basic concepts about the disease and its vaccine. The Puerto Rico Public Health Trust (PRPHT), a program launched by the non-profit Puerto Rico Science, Technology and Research Trust, helped create a rumor tracking program that identified false COVID-19 information across different social platforms and provided educational content in real time. They identified more than 1,000 rumors and reached more than 100,000 participants, according to José F. Rodríguez Orengo, the director of the group.

“The science community got ahead of the misinformation,” says Colón-Ramos. “By the time the misinformation comes around to them, many of them say, ‘Wait, I already heard how this works and this explanation doesn’t make sense.’”

Now those same groups are trying to reach out to the nearly six million Puerto Ricans living in the continental U.S. “This is not just a monologue from Puerto Rico. This is a bilateral conversation we’re having with others in our community,” says Rodríguez Orengo. PRPHT is working on sending their vaccine pamphlets to nonprofits in Puerto Rican communities, like Martha’s Table, a volunteer center that serves a largely Latino neighborhood in Washington D.C.

In Puerto Rico, the job is not done. The remaining 25% or so of the population that is not vaccinated—some 800,000 people— are hard to reach for a variety of reasons. Some live in remote areas, some are elderly and isolated, and some have hardened ideas against vaccines and Washington’s meddling in the past.

“There were projects in history that were very detrimental to science,” says Rodríguez Orengo, referencing the sterilization campaign that started in the late 1930s in a grossly misguided attempt to alleviate overpopulation and poverty in the archipelago. “Most of them were done by outsiders. What we’re doing here is having Puerto Rican scientists providing information to the Puerto Rican people.” Puerto Rican scientists are leading this effort and in turn millions of Puerto Ricans have chosen to trust them.

He points out that unlike other federally funded programs, Puerto Rico was given the same access to vaccines as other U.S. states and territories. And when it did, the island came out with the highest vaccination rates in the country.

“When they give us the same opportunity, we are able to rise to the occasion,” says Rodríguez Orengo. 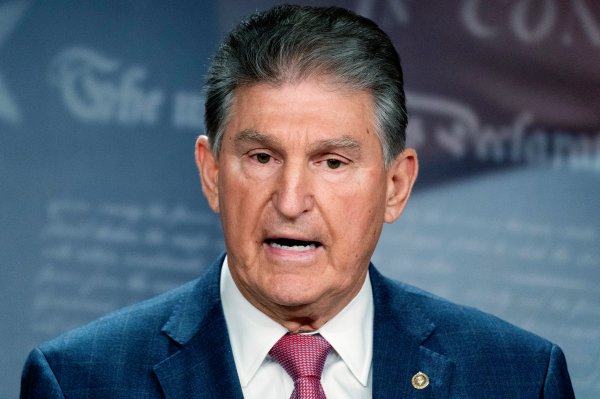