(Bloomberg) — Japanese Prime Minister Fumio Kishida firmed up his month-old government with an election that saw his Liberal Democratic Party avoid the worst-case scenarios that opinion polls had suggested beforehand.

The LDP won 261 seats to preserve its outright majority in the 465-seat lower house, results on Monday showed, dropping from the 276 seats it held when parliament was dissolved. Stocks gained on the outcome, with the benchmark Topix rising as much as 1.8% on the morning and the blue-chip Nikkei 225 Stock Average climbing more than 2%. The yen weakened 0.2% as of 12:54 p.m. in Tokyo.

Projections published by Yomiuri and Nikkei on Friday had shown that Kishida, who took over from unpopular former Prime Minister Yoshihide Suga, might struggle to maintain his rule without the help of junior coalition partner Komeito, which now has 32 seats in parliament — gaining three in the vote.

“The LDP won a majority and received confidence in this vote, and for this I am grateful,” Kishida told reporters.

The election nonetheless leaves the LDP with its slimmest majority since Shinzo Abe led the right-leaning party out of the opposition and back into government in 2012. Fewer votes may make it harder for Kishida to push through his plans to raise wages, fight inequality and spend big on economic stimulus and defense when parliament returns later this month.

Kishida will face pressure to rebuild the cabinet’s approval rating ahead of an upper house election next year. The former foreign minister has struggled to catch on with the public after LDP insiders selected him over a more popular rival, former virus czar Taro Kono, in a leadership race in September.

Still, the LDP’s longtime alliance with Komeito will give Kishida a significant cushion of support for certain issues. The premier lowered expectations ahead of the vote, saying his goal was to win a majority for the coalition.

“I think he’ll be fine,” said Amy Catalinac, an assistant politics professor at New York University who has written about Japan’s electoral system. “As soon as he became prime minister, he defined winning the election as securing that bare majority. He’s set himself up to be fine.”

Kishida will have at least one personnel change to make. The Mainichi newspaper reported he is set to replace his No. 2 party official — Secretary General Akira Amari — who lost his constituency race, though he kept a parliamentary seat through the proportional representation system.

The distancing of Amari, who is seen as a close ally of Abe, could indicate less emphasis on economic growth and more on the distribution of its fruits, according to Naomi Muguruma, a senior analyst at Mitsubishi UFJ Morgan Stanley Securities.

Overall, the results appear to be a step toward helping Kishida avoid the “revolving door” through which six premiers were dispatched between 2007-2012. Suga lasted only a year, after Abe’s record-breaking stint on the job.

The main opposition Constitutional Democratic Party of Japan allied itself with smaller parties to field a unified candidate in many constituencies, but that strategy appeared to have failed. It won 96 seats, dropping from the 109 it held when parliament was dissolved, results from national public broadcaster NHK showed.

One of the biggest winners was Ishin, a conservative-leaning opposition party that hadn’t joined the candidate pact with the CDP. It nearly quadrupled its seat numbers to 41 and became the third-largest party in parliament, NHK said.

The ruling coalition will have to work on bolstering an economy that likely shrank over the summer due to a Covid surge and supply bottlenecks, according to estimates by several economists. Kishida has pledged to draw up measures worth tens of trillions of yen soon after the vote, and told NHK on Sunday night that he wanted to pass an extra budget by the end of the year.

“If his support rate falls and he’s not good at answering questions in parliament, people will think they can’t fight the upper house election with him at the helm and it could be like his predecessor Suga all over again,” said Shigenobu Tamura, a political analyst and former LDP staffer.

—With assistance from Emi Nobuhiro and Min Jeong Lee 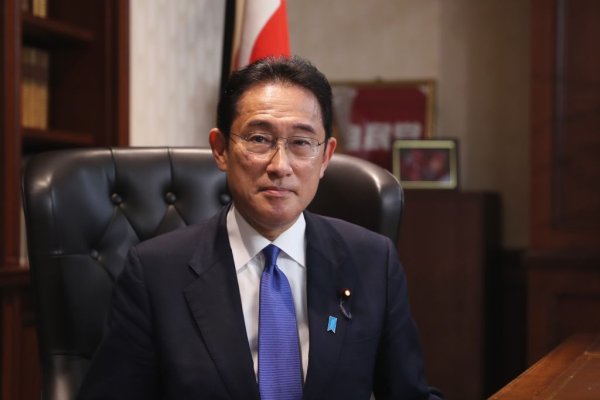 Will Fumio Kishida's 'New Capitalism' Be a Boost for Japan?
Next Up: Editor's Pick