Criminal Contempt Is the Appropriate Solution for Dealing With Steve Bannon

The U.S. House of Representatives recently voted to hold Steve Bannon in contempt of Congress. Bannon earned that distinction when he refused to comply with a congressional subpoena to provide testimony to a select committee investigating the events surrounding the January 6 insurrection at the Capitol.

Generally, there are two types of contempt. Civil contempt is used to pressure a person who refuses to comply with a subpoena. For instance, a person could be fined or imprisoned for each day she refuses to honor a valid subpoena that requires her to testify or produce documents. Once she complies with the subpoena, the penalties cease, and the contempt is lifted.

Criminal contempt is different. It is designed to punish a person who refuses to comply with a subpoena. Punishment might coerce compliance in some cases, but it is intended to promote respect for the rule of law and to signal to others who might consider breaking the law that contempt (or bank robbery or tax fraud) is a bad choice. Does punishment rather than coercion make sense for Bannon? Yes.

These broad categories describe most witnesses. So, where does Bannon dwell? We need to think about that to determine which remedy – civil or criminal contempt – makes sense here.

Recall, in August 2020, federal prosecutors in Manhattan indicted Bannon and others for “defraud[ing] hundreds of thousands of donors, capitalizing on their interest in funding a border wall to raise millions of dollars, under the false pretense that all of that money would be spent on construction,” according to a Justice Department press release. As a legal matter, that meant that a grand jury found probable cause to believe that several defendants – including Bannon – committed an egregious fraud. Before Bannon could be tried on those felony charges, former President Trump pardoned him.

It makes sense for Justice Department prosecutors to ask whether Bannon – accused of defrauding hundreds of thousands of donors – would tell the truth about the January 6 insurrection. And because Bannon has demonstrated his disdain for the work of the select committee, helped spread election misinformation and fanned the flames ahead of the insurrection, it seems that he might be an unwilling witness and an untruthful witness. In that case, pressuring Bannon to testify seems pointless.

The notion of letting someone off the subpoena hook because they are unwilling to testify, or because they are untruthful, or both, is distasteful. Accountability matters, before Congress and in the criminal justice system. We should expect people to come forward and tell Congress what they know, to help better understand the events leading up to that awful day and to ensure that something like that never happens again.

Read More: Inside the Capitol: A Photographer’s View of American Exceptionalism Under Siege

But some people are more interested in staging insurrections and discrediting valid elections than they are in speaking the truth. Some people might use a congressional forum not to help heal the nation, but to further sow division. In that case, pursuing civil contempt against Bannon to pressure him to testify makes little sense. But charging him with criminal contempt – punishing his defiance – sends the right message to him and others.

Will the Justice Department ultimately charge Bannon with criminal contempt? Perhaps, though a prosecution of Bannon could be complicated, in part because Bannon might have a reliance on counsel defense. That defense could center on a claim by Bannon that he refused to comply with the subpoena because an attorney – in good faith – advised him not to do so. Prosecutors will sort through the issues and the evidence and determine whether Bannon could be charged with a crime. If prosecutors have a criminal path forward, they should take it. And there is no Trump pardon this time around. 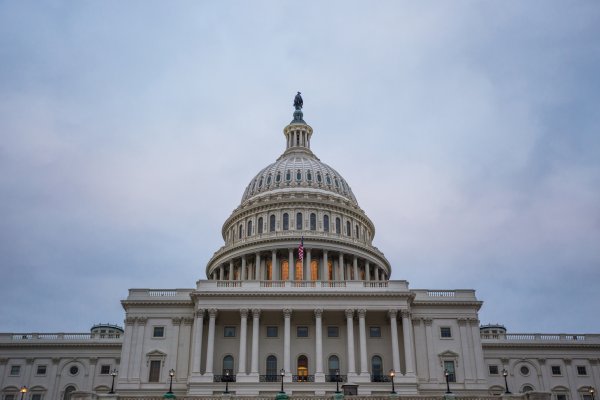 Letting the Filibuster Stand Will Break American Democracy
Next Up: Editor's Pick