Over the last several weeks, a cache of internal Facebook documents leaked by whistleblower Frances Haugen has revealed the company knew about—but did little to act on—a range of societal harms, from the destabilization of democracies around the world to its impact on teenagers’ mental health.

But the documents also paint a unique picture of the internal culture at Facebook. An in-house version of Facebook called Workplace that is accessible only to employees offers insights into that culture. Any Facebook employee can post on Workplace about issues they believe are important, comment on others’ work, and collaborate. But posts on Workplace also point to a company plagued by constant restructuring, resource scarcity, and shifting priorities that left many employees frustrated, according to several of the internal Workplace postings.

According to one Workplace post by a self-described manager on the eve of their 13th work anniversary at Facebook in September 2020, the way to succeed within that internal culture could be summarized in one metaphor: imagine you’re playing “Alien Chess.”

This story is based on Haugen’s disclosures to the Securities and Exchange Commission (SEC), which were also provided to Congress in redacted form by her legal team. The redacted versions received by Congress were obtained by a consortium of news organizations, including TIME. Some publications have described them as the “Facebook Papers.”

The employee who authored the “Alien Chess” memo, whose name and title are redacted in the documents seen by TIME, described a painful process of coming to terms with Facebook’s eternally-shifting internal structure. “In my time I’ve experienced the company grow 160 [times], people coming and going, infinite re-orgs, failed projects, tech shifts, criticism, regulation, societal issues,” the employee wrote.

The employee initially likened working at Facebook to playing a game of chess against a grandmaster and then, when that metaphor proved inadequate, to playing the game in four dimensions. But even that failed to capture the true experience. “After some sulking, I had a realization,” the person wrote. “You’re not playing chess: you’re playing Alien Chess.”

“This is how the game actually works: you sit at a table with a chess board, making your fancy chess moves. Then suddenly, a little green Alien swoops in. The Alien takes your board away and swaps in a new one—where stuff is changed. Sometimes, you’re the opposite color pieces. Sometimes, it’s all the same but your single most key piece is missing (argh). Sometimes, it’s just a totally new board. So you hunker down and play that one for a while, and then the Alien whisks it away and gives you a new board again.”

Read more: The 5 Most Important Revelations From the ‘Facebook Papers’

The internal post, titled The Resiliency of Alien Chess, was accompanied by an ink-pen illustration of a little green man flipping over a chess board.

The author of the post goes on to describe that this realization made them a better manager. They offered other employees advice to make working at Facebook a less frustrating experience.

“Once I got it and accepted what game I was in, it completely changed my mindset,” they wrote. “I realized that the little green Alien, while so frustrating, is the magic of what makes this place (and tech more broadly) so special and so impactful. I understood that when the new, messy boards pop up — that’s when my leadership is needed the most.”

A Facebook spokesperson said in an emailed statement: “Addressing challenges and building for the future requires us to develop teams, systems and technologies that have never existed before. We value and support the people doing this difficult and complex work.”

Katie Harbath, a former director of public policy who worked at Facebook’s Washington, D.C., office for a decade, told TIME she came to a similar realization. “I always said that working at Facebook was like drinking from a firehose,” she says. “It took me a few years, but I eventually learned to embrace the chaos. I got comfortable and planned for having to pivot my plans. Once I baked it into how I did my job I found I could handle the massive amounts of information and stress much better.”

Other employees were not as optimistic as the author of the Alien Chess memo, according to another post in Haugen’s disclosures. Several employees complained in internal posts and comments about their struggles with what they described as “attrition” on Facebook’s integrity teams, which are responsible for keeping people safe on the platform.

In December 2020, Facebook announced the latest in a series of company reorganizations. As part of that reorganization, it was announced that the civic-integrity team, which Haugen had worked on, was being dissolved and its employees spread around the company. TIME previously reported that many team members saw this as a betrayal that made their work more difficult. One former employee told TIME earlier in October that they believed the decision made it harder for Facebook to respond to the Jan. 6 insurrection. Facebook denied this, and said the team was not eliminated, but reorganized in order to spread its influence.

The documents reveal in new detail how Facebook employees criticized the decision internally. The employees’ names are redacted in the documents seen by TIME.

“The last few weeks have seen a number of high-level departures from integrity teams,” one employee posted to a Workplace group called “Let’s Fix Facebook (the company),” on Dec. 10, a week after the reorganization was announced. One of those departed employees was Samidh Chakrabarti, the leader of the civic-integrity team, who in his six years at the company had encouraged his employees to serve the interests of the public before those of Facebook. “Each [of the high-level departures] have expressed specific criticisms about limitations on the impact of integrity work at FB,” the unnamed employee’s post said.

In the same post, the employee questioned comments made by Facebook CEO Mark Zuckerberg about levels of employee turnover on integrity teams. “In a previous Q and A, Mark [Zuckerberg] was asked about attrition levels and he stated that 1.) Attrition is currently lower than normal, 2.) If you disagree with FB, it’s time for you to move on,” the post said. “This response didn’t sit well with me … I want to believe there is opportunity for us to build a better Facebook from within.”

While some staff in the comments questioned whether more employees than usual were actually leaving, one person commented that it was the tone of the departing messages that worried them the most. “It’s not normal for a large number of people in the ‘make the site safe’ team to leave saying ‘hey, we’re actively making the world worse FYI,” the employee wrote. “Every time this gets raised, it gets shrugged off with ‘hey people change jobs all the time,’ but this is NOT normal.” 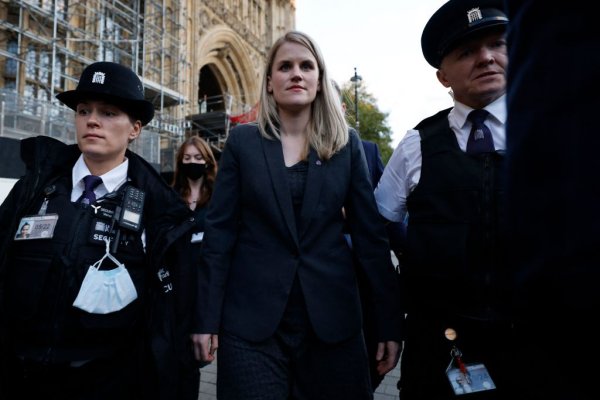