Workers Are Furious. Their Unions Are Scrambling to Catch Up

By Abby Vesoulis and Julia Zorthian

James Geiger, a 53-year-old John Deere machinist in Waterloo, Iowa, is fed up with two things.

The first is how newer workers are treated by the agricultural machinery manufacturer compared to older ones. After 19 years of service, he says his pay and pension benefits don’t stack up against those of his coworkers hired before 1997 and he’s often required to work mandatory overtime. As the clock struck midnight on Oct. 14, he and 10,000 other John Deere workers walked out of 14 plants nationwide in protest.

The other thing getting under Geiger’s skin is how his union, United Auto Workers (UAW), is handling this moment. After all, it was UAW that agreed to the contract of the two-tiered system back in the 1990s. “We don’t trust the international [union],” says Geiger. “They brought that lousy contract for us to vote on.”

Geiger’s frustration with his union is not unique. In recent weeks, as tens of thousands of workers from Colorado to Georgia have gone on strike to demand better pay and work conditions, much of the organizing has been driven by workers themselves. The dynamic has left national and international union leadership scrambling to keep up with their own members’ decisions to strike, their shifting goals, and how to support the social media-driven communications strategies workers are employing.

“There is this grassroots push,” says David Madland, senior adviser to the American Worker Project at the Center for American Progress, “and leaders have to catch up.”

A year and a half into the COVID-19 pandemic, in which most blue-collar workers risked their health and safety to go to work while their white-collar colleagues largely worked from home, some top union brass and union members are at a disconnect. Union leadership is sometimes so focused on state and federal power structures that they’re missing the tectonic shifts among workers on the ground, labor experts and striking workers say.

“There is a danger and a concern that some of the heads of unions tend to be DC-focused. [They are] too interested in, ‘What are the debates on reconciliation? Who’s working with the administration? Are we invited to the meetings in DC?’ Yes, there’s an important role to play there,” argues Faiz Shakir, the founder of advocacy journalism startup More Perfect Union and former Bernie Sanders’ 2020 campaign manager. “But right now, especially at this moment in history, the worker fights are out there around the country.”

The real problem, some say, is that unions are not seizing on this moment to capitalize on workers’ demands. “The international and the local union kept telling us, ‘You guys will never see a [full] pension and never see medical benefits when you retire,’” says Geiger of the UAW. “I always ask, ‘Why not? That’s what we want. Take it to the bargaining table and fight for it.’”

After all, the iron is hot. Current labor conditions give U.S. workers extraordinary leverage over their employers: There are 10.4 million open jobs and just 7.7 million people looking for work, according to October figures from the Bureau of Labor Statistics, while a record-breaking number of people have been voluntarily quitting their jobs. “It’s kind of a perfect storm, and it allows the unions to be more aggressive than they have been for a long time,” says Ruth Milkman, chair of the Labor Studies Department at the City University of New York.

Unionized workers are seizing on the opening. Roughly 1,400 employees at four factories for Kellogg’s are striking against a two-tier wage system, in addition to the 10,000 John Deere workers that have walked out over similar frustrations. Over 24,000 Kaiser Permanente health workers voted to authorize a strike in mid-October. IATSE, a union representing roughly 60,000 behind-the-scenes film and television employees, was also on the precipice of a strike earlier this month, before the Alliance of Motion Picture and Television Producers proposed a tentative agreement with more humane work hours. (It is not yet clear IATSE workers will agree to the contract proposal.) And in mid-September, more than 1,000 Nabisco workers across five states exacted pay increases after a five-week strike.

Union leadership, meanwhile, has been handed a golden opportunity. This recent surge of labor activity—dubbed “Striketober”—has garnered national headlines, excited rank-and-file laborers, and pushed employers onto their heels. While private-sector union membership remains low, just above 6% nationally, unions are in a position now to agitate, amass wins, and recruit much-needed new membership. But to do so, they may have to update their approach.

“In order to have a resurgence,” says Milkman, “you’d have to organize that 94%.”

‘Do not try to package that script’

Rob Eafen, the President of Local 252G at the Memphis Kellogg’s facility, says he and other local union leaders didn’t originally want to strike; they wanted to continue negotiating for a better contract. But ultimately, the will of the workers prevailed. “The movement to strike was a groundswell, from the people,” Eafen says. “We heard the call to strike at all the union meetings that we had, and in conversations with employees in the plant… We had to listen to what the people wanted.”

But helping workers facilitate a strike isn’t enough, workers say. Union leadership also has to empower them to extend their message from picket-lines to headlines. In the absence of effective communication strategies from his international union, Geiger says he’s taken it upon himself to talk to tell the world what he and his coworkers at John Deere are fighting for—and why. “We’re told by the union not to talk to the media, to just refer them to the union hall. That’s wrong,” he says. “Talk to the people that are doing the work. That’s where you get the real story.”

Signs by a fire during a union workers strike outside the Kellogg plant in Battle Creek, Michigan, U.S., on Friday, Oct. 22, 2021.
Jenifer Veloso/Bloomberg via Getty Images

Permitting striking workers to share their own experiences with the masses can be critical to a modern labor strike’s success, says Shakir. When unions disseminate information about strikes through press releases or carefully edited statements—the safe strategies of yesteryear—they risk suppressing the passion of the people working on the front lines. If you compare grassroots, worker-generated videos with one produced by union leadership, the latter is “going to be canned,” Shakir says. “It’s going to look like talking points. It’s going to look like you set them up to say things,” Shakir says. “I firmly believe in letting [workers] tell you their story. Do not try to package that script.”

The Kellogg’s strikes are one example. At the Omaha, Nebraska plant, packing troubleshooter Jeff Jens, 49, is leading the local union’s social media efforts, capitalizing on Facebook and a blog to keep supporters informed about how the strike is going. “There’s been a shift in the labor movement right now in two ways,” says Jens. “One is that power is being recognized by all the unions themselves, but also in the laborers themselves, realizing what their worth and what the power of their voice is.”

At the Memphis Kellogg’s plant, the strategy is similar. “Pretty much everyone” at the Kellogg’s plant in Memphis, especially workers in their 20s, 30s and 40s, are using social media to express their personal motivations for striking to garner national support, says Eafen. “Social media is the devil,” he adds, “but it’s been very, very successful.”

Liz Shuler, the president of AFL-CIO, the nation’s largest union federation, says national and international unions could do a better job of forging connections between other, tangentially related grassroots movements, like the Sunrise Movement’s climate organizing and Black Lives Matters’ racial equity demonstrations. Collective bargaining can be used to negotiate better pay and working conditions, like John Deere and Kellogg’s employees are striking for, but it can also be used to negotiate employer policies on issues like carbon usage; sexual harassment; and diversity, equity and inclusion.

“These are some of the things that folks in our society and our economy care deeply about, but they don’t necessarily see unions as the path forward,” she told TIME in an October interview. “Our challenge is to make that case to more working people outside of unions to see us as the path forward.”

Mary Kay Henry, the president of Service Employees International Union and a leader of Fight For $15, a group lobbying for a national $15 minimum wage, also points at the need for union leaders to reach out to other movements. “The union isn’t just about wages, hours and working conditions,” she says. “It’s about everybody’s total life, and us exercising the power of our militancy to change work, but also change society.”

‘That silver tsunami is about to hit us’

That unions’ membership rolls are anemic is hardly news. Union membership has been on the skids for decades, largely as a result of increasing globalization and the rise of right-to-work laws that make forming unions more difficult. In 1983, unions represented roughly one out of five workers; now they represent just one in ten.

But it’s about to get a lot worse: current union members tend to skew older. Membership rates are highest among workers ages 45 to 64, according to the Bureau of Labor Statistics, and lowest among the younger crowd. Roughly 13% of workers in the 45-54 and 55-64 age cohorts were members of unions in 2020, versus just 4.4% of workers ages 16-24. “This is the challenge of our time. Something like 10,000 people a day are retiring,” Shuler says, “and that silver tsunami is about to hit us.”

That demographic challenge raises the stakes this month, multiple experts say. To prove to workers that membership is worth it—that it pays dividends in the form of better pay, benefits and work conditions—unions have to chalk up real, contractual wins. If union brass fails to provide workers with the support, megaphone, and hardline negotiations now, they risk compromising their ability to recruit more members and unionize more workplaces in the future.

After nearly two decades of hard work at John Deere, Geiger says it’s time to throw cautious labor organizing approaches to the wind. “I have no qualms about speaking out against the union, because they can’t fire me,” he says. “They can make my life miserable, but how much more miserable can it get?” 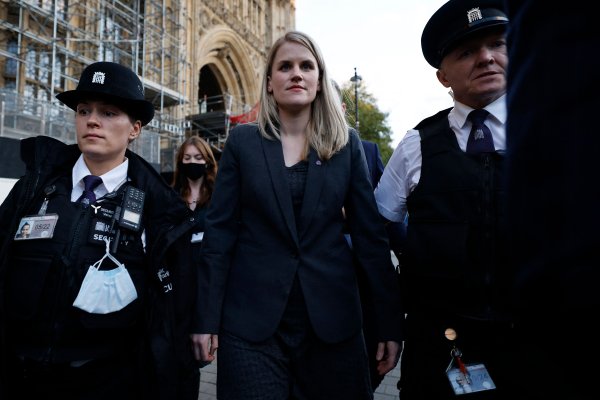