Exterior view taken on September 9, 2021 shows the European Central Bank (ECB) building in Frankfurt / Main, western Germany, prior to a meeting of the governing council of the ECB.
AFP/Getty Images
By Nicholas Comfort / Bloomberg

The European Central Bank said lenders in the region will have to estimate the risk they could face from climate change in both their lending and trading operations when they undergo a stress test next year.

Banks will have to predict how their balance sheets will evolve over 30 years as well as any related losses they could face in the transition to a more sustainable economy, according to a methodology published by the central bank on Monday.

The ECB is also calling on lenders to assess the impact from a theoretical “sharp increase” in the price of carbon emissions over a three-year period. Bloomberg reported the inclusion of trading exposures in September.

In the stress test, to be run from March to July 2022, the ECB will take the most detailed look yet at the hit banks could face from climate mitigation policies that could put polluting companies out of business as well as from extreme weather. The watchdog faulted the industry earlier this year for being too slow in getting to grips with risks related to climate change, citing patchy data and a lack of attention by executives.

The short-term part of the test assumes that carbon prices rise by $100 per ton in the period through 2024, several years earlier than in scenarios developed by international central banks and regulators. While that’s a “tail risk,” it has the benefit of testing the vulnerability of banks’ current exposures to “a disorderly transition,” the ECB said.

Such a “sharp and unexpected increase in the price of carbon emissions or other non-price measures to curb emissions” would hit carbon-intensive industries while other parts of the economy would also see an indirect impact via production chains and other second-round effects, the ECB said.

The exercise, which is part of a wider review of how banks are tackling climate risks, also includes questions on how much revenue lenders generate from carbon-intensive industries as well as the volume of emissions they finance. In addition to the scenarios on transition risk, banks will be asked to simulate the effect of physical risks, such as flooding, over a one-year horizon.

While European politicians are leaning on banks to steer funding away from polluting industries, the ECB has focused on ensuring that banks are prepared for risks in a hotter world. On Monday, the ECB reiterated that there won’t be a direct increase in bank capital requirements from the test, but that lenders who cant grasp their risks could face a higher bar. 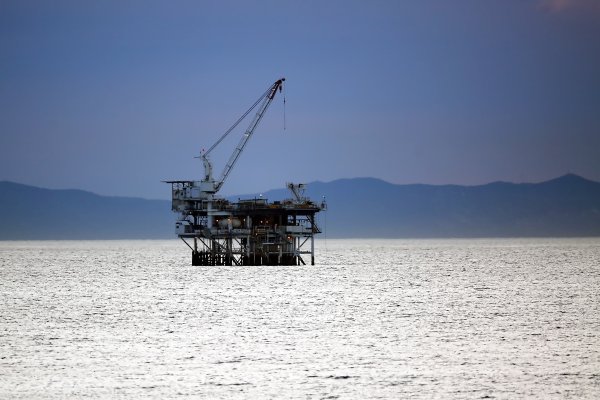 Shutting Down Old Oil Rigs Is Harder—and More Expensive—Than it Sounds
Next Up: Editor's Pick