Southwest Airlines Co. asked a federal court to reject a request from its pilots to temporarily block the carrier from carrying out federally mandated coronavirus vaccinations, saying such an order would put the company’s business, employees and customers at risk.

The Southwest Airlines Pilots Association is seeking to stop the airline from moving ahead with the Nov. 24 deadline for the shots until an existing a lawsuit it filed over alleged U.S. labor law violations is resolved. The union claims Southwest illegally changed work rules during the pandemic instead of negotiating them with pilots.

The carrier set the vaccination deadline to comply with an executive order from President Joe Biden that mandates all employees of federal contractors to be fully vaccinated against Covld-19 by Dec. 8. Southwest, like most major U.S. carriers, holds contracts to carry federal employees and goods, and the U.S. government is its largest single customer, the Dallas-based airline said in a legal filing Saturday.

“The injunction that SWAPA seeks is extraordinary,” Southwest said. If granted, it would prevent the airline from meeting Biden’s order and force the roll back of policies adopted to implement U.S. Centers for Disease Control and Prevention guidelines to help stop the spread of coronavirus in the workplace.

The possible cancellation of Southwest’s government contracts would cause “substantial harm” to the company and all of its employees, including the pilots represented by group, the airline said.

The union’s original lawsuit, filed in federal court in Dallas on Aug. 30, claimed Southwest has continued to make unilateral changes that violate terms of the Railway Labor Act, or RLA, which governs airline-union relations.

In addition to the vaccination requirement, the union wants to block Covid quarantine rules for pilots and an infectious disease control policy that, it says, significantly altered work conditions, rules and rates of pay, until the two sides agree on a resolution. The changes violate a “status quo” provision of the RLA by not maintaining terms of an existing contract during negotiations, the union lawsuit claimed.

The federal court doesn’t have jurisdiction in the case because it involves a “minor dispute” under the RLA that can be resolved through binding arbitration instead of a negotiation process for larger disagreements that can take years to resolve, the carrier said. The union also can’t show irreparable harm because it is in talks with the airline to establish a process for pilots to request religious or medical exemptions from the mandate.

Pilots are at a unique risk because adverse reactions to a vaccine could affect their ability to pass periodic medical examinations required to maintain their license. The union wants to negotiate, among other things, how such instances would be covered by long-term disability policies. Pilots also are required by the Federal Aviation Administration to not work for 48 hours after receiving vaccinations.

Southwest has engaged with the union to resolve disputes and adjust policies in a way acceptable to the 9,000 pilots represented by SWAPA, and only has taken unilateral actions when necessary, the airline said.

A hearing on the union’s request for a temporary restraining order is set for Oct. 22. 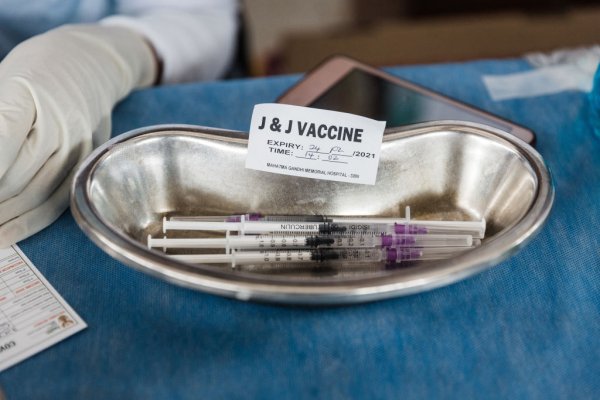 The FDA's Vaccine Expert Panel Recommends Approval of a J&J Booster for Anyone Who Had an Initial Shot
Next Up: Editor's Pick