The Biggest Changes in Microsoft Windows 11

Microsoft’s Windows 11 is finally here—six years after the launch of its predecessor. The operating system promises larger changes (like Android apps) on the way, but longtime Windows users will be just fine adjusting to the only slightly altered layout like the now-centered taskbar and simplified widget bar.

The biggest change to Windows 11 is its more stringent hardware requirements. If your PC is recent, say, within the past five years, you should be alright, but older devices may be stuck with Windows 10 for the foreseeable future. That’s not to say the company won’t be providing security updates to Windows 10, but that’s about as much as you can hope for. Since the controversial hardware decision—implemented for both performance and security reasons—Microsoft added Windows 11 support for some older computers, but the company still recommends against it.

Future updates to Windows 11 are scheduled to bring the hotly anticipated feature of Android apps to the OS, thanks to a partnership with Amazon and Microsoft’s own Android app store on its tablet devices. Right now, the feature is only available to users of the experimental “insider” version of Windows 11.

Still, after using it for a few days it’s quite clear Windows 11 is a marked improvement over its predecessor, refining already useful features like window management, extra video conferencing features, and improved support for high-end games. Windows 11 is a productivity machine, no pun intended. So what can you expect from the upgrade? And is it worth potentially buying a new PC to experience it? Depends on how you feel about some of the biggest changes coming to Microsoft’s primary OS.

Instead of the somewhat clunky tiling system found in the previous iteration of the iconic taskbar, Windows 11 peels away the cruft and gives you what you need. In my case, it’s a list of recently accessed files (both locally and in the cloud) along with a tray of pinned apps for easy access, with a universal search bar at the top for easy web (or on-device) searching. The clean lines and use of widgets to display information like weather, news, and photos is a welcome change of pace from the busy screen in Windows 10.

The improved Snap Layout and Snap Group features let you easily manage and resize windows on your monitor, as well as keep apps you need to use simultaneously grouped together. Hover your mouse over the window maximize button on the app of your choice to see the layout options, ranging from a side-by-side layout to a four-app grid. You can still grab windows and pull them to the edge of your screen to do some basic window management, but if you’re working from home or using more than one monitor, the easy window organizing can keep your desktop uncluttered and your eyes on the task at hand.

The new Windows OS takes cues from its smartphone relatives, simplifying basic settings changes and making them easy to access. One click or tap in the corner of your taskbar to pull up a control panel similar to Apple’s Control Center, which lets you futz with settings like brightness and volume, connectivity, and more. Windows apps now feature more aesthetically pleasing curved corners, and the Settings app has more options to change how you interact with the OS thanks to more accessibility features. New sounds and audio cues are available for blind users, and themes for people with light sensitivity or those working long hours have been updated to be easier on the eyes.

For anyone interested in using closed captions, Windows 11 allows for further customization and preset closed captioning themes for easier reading.

Voice Typing, an update to the voice dictation tool in Windows 10, has gone through a modern-day update, and can now add punctuation to what was once a stream-of-consciousness-like experience. The option is available wherever you can input text, and is easy to pull up with a keyboard shortcut (and dismiss with a voice command). English, French, German, Italian, Portuguese, Spanish, and Simplified Chinese are supported.

Xbox features on your PC

Windows 11 is bringing some game-friendly features to the PC already available on the company’s Xbox line of game consoles. Features like Auto HDR will bring high dynamic range to PCs with the supported hardware, as well as DirectStorage, which stores data directly on graphics cards for faster access and therefore faster speeds. Paired with GamePass, Xbox’s game subscription service, it could turn your PC into the preferred entertainment device.

A more coherent and organized app store is the company’s effort to resolve something especially frustrating on nontraditional Windows devices like the ARM-powered Surface Pro X. Now you can easily see which apps are most compatible with your device—not just Microsoft’s preferred Universal Windows Apps—and can handle apps from third-party app stores. The Microsoft Store can also manage the installation of apps found on the web, meaning you can now manage all your apps from one place.

For those in love with the tactile note-taking power of Windows and the Surface Pen, Windows 11 brings some minor tweaks to the must-have feature that make it feel more like you’re writing on a sheet of paper. Haptic feedback means you’ll get some physical sensation when drawing thick lines on your screen or checking a box with your pen, and barely anything when doing more delicate work like sketching. The Ink Workspace now lets you add apps of your choice rather than the usual Whiteboard and snipping tool, so you’ll have quick access to your creativity tools as soon as you pull the pen off your Surface device.

Microsoft’s security-focused Trusted Platform Module (TPM)(available on recent devices) handles tasks like data encryption and authentication services like Windows Hello or other biometric passwords so you don’t need to unlock your PC with a USB key when you use it. This is why you need a newer computer to operate Windows 11 at full capacity. It might be a hassle for some users of custom-built PCs or older machines, but the feature enables the company to chase some ambitious goals, like ending passwords for Microsoft accounts by using authentication apps, verification codes sent to secure devices, or biometrics. 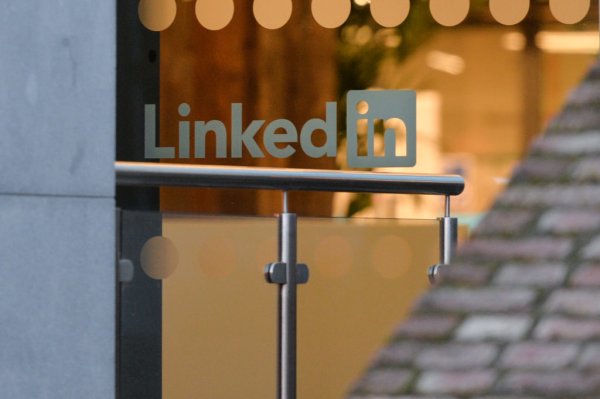