The Clubhouse Drop-in audio chat app logo on the App Store is seen displayed on a phone screen in this illustration photo taken in Krakow, Poland on April 6, 2021.
NurPhoto via Getty Images—Jakub Porzycki/NurPhoto
By Priya Anand / Bloomberg

Clubhouse, the audio-only app designed to be a virtual conference hall, generated heavy buzz during the peak of the pandemic and received a $4 billion valuation earlier this year. In the months since then, that excitement seems to have cooled.

The red-hot start may have been a drawback, Clubhouse Chief Executive Officer Paul Davison said Wednesday in an interview with Emily Chang on Bloomberg Television.

“Boy, I think we grew way, way too fast earlier this year,” Davison said, speaking from a conference held by Goldman Sachs Group Inc. “What we really want to do is be on that path of steady, gradual growth.”

Bloomberg reported in April that Twitter Inc. had held talks to acquire Clubhouse for $4 billion. Later that month, the company raised a new round of funding led by venture firm Andreessen Horowitz giving it the same valuation — quadruple the level Clubhouse had received in January.

Clubhouse essentially lets users host their own online radio shows. Listeners tune in to hear interviews or panel discussions and can participate in live chats. The platform has drawn appearances from major names in technology and other fields, including Tesla Inc.’s Elon Musk and Facebook Inc.’s Mark Zuckerberg, and inspired copycat apps.

At times, Clubhouse also struggled to police misconduct on the app, drawing criticism that it wasn’t doing enough to root out antisemitism and other problems.

Even as the company launched its app on the Android platform in late spring — complementing its iOS service — it was seeing a slowdown in downloads. Still, the company says it had more than 10 million Android installations after the launch.

Now Clubhouse has about 80 employees, he said. Davison also said that “paying creators is something we should absolutely be thinking about.”

Asked whether the company could see a drop-off in users as people return to normal life, Davison said he sees opportunity in people listening as they commute.

“We’re finally at the point where we can take a breath and really focus on the long term, focus on steady growth,” Davison said. 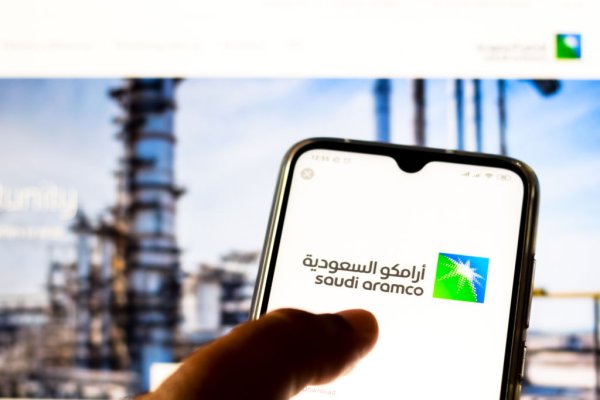 At $2 Trillion, Aramco Races Apple for Most Valuable Company
Next Up: Editor's Pick