Twitch Hack Reveals How Much Its Top Game Streamers Make

Leaks on the social media platform 4Chan, popular among conspiracy theorists and gamers, claim to include the entirety of the platform’s Twitch.tv streaming history and an Amazon Game Studios product, still under development, designed to challenge Valve’s dominant Steam storefront. Bloomberg has reported previously on Amazon’s plans for a digital game store.

The leak also offers a glimpse into the wealth generated in the gaming sub-industry. A document listing Twitch’s top earners shows gross earnings since 2019 reached $9.6 million for the platform’s top account, “CriticalRole.” The account, a set of voice actors, according to their Twitch page, generated an average of $370,000 a year, according to the document. The list points to 13 accounts that have made more than $108,000 a year and at least 80 who’ve collected more than $1 million since 2019.

Twitch confirmed the breach and said it would provide updates when it has more information.

The hacker said the purpose of the leak was to “foster more disruption and competition in the online video streaming space,” which he described as a “disgusting toxic cesspool,” according to the 4Chan post reviewed by Bloomberg News. Users on the thread applauded the hack for exposing the pay of top earners, who were accused of attempting to keep their profits secret. The leak even spawned a site — TwitchEarnings.com — that promises to let users sift through the stolen payments data or search for many of the thousands of Twitch handles by name.

“Anytime source code gets leaked it’s not good and potentially disastrous,” said Ekram Ahmed, a spokesperson at Check Point Software Technologies, a cybersecurity firm. “It opens a gigantic door for evildoers to find cracks in the system, lace malware and potentially steal sensitive information. I strongly recommend all Twitch users to exercise caution in the near-term ahead as cyber attacks are on the rise.”

Twitch earned its share of scrutiny in September over the platform’s mishandling of so-called hate raids. These occur attackers or bots bombard an active livestream with messages in the victim’s chat box, typically homophobic, racist or sexist content. Users boycotted the platform on Sept. 1 for Twitch’s lack of response to these hate raids.

Seattle-based Amazon acquired Twitch in 2014. Since then, it has tried to combine it with other Prime services, like Amazon Music and Prime Gaming, once called Twitch Prime.

Twitch is the leading broadcaster of video gameplay, a livestreaming platform that attracts millions of viewers. The company offers streamers a share of advertising revenue, and occasionally finds itself in bidding wars with rivals like Google’s YouTube for the exclusive services of closely watched streamers.

“With 15 million daily users, Twitch holds significant amounts of data, much of which contains personal information about its customers,” said Danny Lopez, chief executive officer of Glasswall Solutions, a cybersecurity firm, in a statement. “It is essential that a proactive approach is taken to cybersecurity in order to protect such information. Once hackers have access to systems, there is little else that can be done.”

(Updates with details of hack in second paragraph)

–With assistance from Augusta Saraiva. 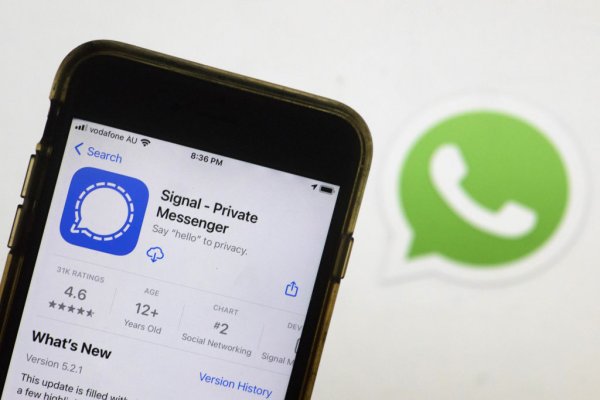 Signal Downloads Spike After Facebook Outage
Next Up: Editor's Pick