Five Minneapolis police officers involved in the shooting death of an unarmed young Black man in 2013 have retained separate lawyers, a new sign of movement in the investigation into the controversial killing and an indication that officers could testify against each other if any is prosecuted.

Relatives of 22-year-old Terrance Franklin have always alleged that police lied about the circumstances of Franklin’s death, and the Hennepin County Attorney, Michael Freeman, told TIME in July that the case “troubles” him. Only two of the five officers present during Franklin’s death fired the fatal shots, and when they shared attorneys, all five gave similar accounts and cast the shooting as self-defense. As laid out in a TIME examination of the case, their common account has since been contradicted by forensic evidence gathered by Franklin’s family, who term his death an assassination.

Family members are pressing for criminal charges against the officers, and both Freeman and Minnesota Attorney General Keith Ellison have said the case should be revisited. All five officers—Lucas Peterson and Michael Meath, who acknowledged firing the fatal shots, as well as Andy Stender, Ricardo Muro and Mark Durand—remain on the Minneapolis police force.

“You definitely want to get all the five cops with separate attorneys,” says Christy E. Lopez, a professor at Georgetown Law who, while at the U.S. Department of Justice, led the team that investigated the police department in Ferguson, Mo., following the 2014 shooting death of Michael Brown by a Ferguson police officer. “With five officers in this kind of case, I would be surprised that they weren’t trying to see whether there’s some officers who are willing to testify against other officers. Almost certainly there’s going to be one or two.”

Read more: Minneapolis Police Were Cleared in the Killing of Terrance Franklin. Franklin’s Family Says a Video Proves He Was Executed

By getting separate lawyers, the officers could be approached individually by prosecutors, who could offer reduced sentences or even immunity from prosecution in exchange for truthful testimony if a case were to go forward.

Lopez, who was deputy chief in the DOJ’s Civil Rights Division for seven years, said that at one of her recent seminars a federal prosecutor emphasized the importance of police testimony when an officer is accused of wrongdoing. “When they’re trying to prosecute cops, it’s really, really important to get another cop to flip,” she says, “because that officer testifying on another officer really helps negate the pro-police deference that even to this day many juries are willing to have.”

Freeman could not comment, according to a spokesperson. Nor would Ellison, who led the prosecution of former Minneapolis officer Derek Chauvin in the murder of George Floyd. The new attorneys for the officers were likewise tight-lipped. The three who spoke briefly to TIME said they had only begun delving into the details of the case, which is indeed complicated.

On the afternoon of May 10, 2013, Franklin led police on a 90-minute chase after a 911 caller identified him as a possible burglary suspect. The chase ended with five SWAT officers entering the basement of a house in which Franklin was hiding. Minutes later Franklin was dead, struck by 10 bullets—five to the head—and two cops were in ambulances with leg wounds.

As the five officers told it, Franklin overpowered three of them and gained control of a police submachine gun, wounding the two cops. The account went unchallenged by the Minneapolis Police Department in its self-directed investigation of the encounter.

Probing evidence either overlooked or ignored by the department, Franklin’s family offered a darker narrative. An expert’s forensic enhancement of a bystander’s video contradicted the police timeline, and according to a wrongful death suit, the video’s soundtrack revealed an officer shouting, “Come out little n—-r. Don’t go puttin’ those hands up now!” seconds before Franklin was killed. An investigator for the family’s attorney concluded that two of the fatal rounds were from pistols held side by side near Franklin’s head and fired simultaneously.

The lawsuit posited that the two officers were wounded when the submachine gun went off by accident and that Franklin was killed not in self-defense but to cover up the fiasco. A trial date had been set when the Minneapolis City Council in February 2020 settled the suit, paying the family almost $800,000.

That’s where the matter stood when, three months later, Floyd died slowly under Chauvin’s knee. The original attorney for three of the five officers, Fred Bruno, blamed the shift in perspective brought on by Floyd’s death for the revival of the Franklin case. “There is no new evidence,” Bruno said in a June statement to local media, “only newly procured opinions and shifting politics.”

Lopez said that’s not entirely wrong. Having spent years investigating police departments from Chicago to Newark to Missoula, Mont., she is struck by the newfound rigor with which police behavior is now being overseen. She cited two cases from September alone: After a police chase ended in the death of a young Black man on a moped, the Justice Department charged a Washington D.C. police officer with second-degree murder, and his superior with obstructing justice and conspiring to cover up the incident. And in Georgia, a grand jury indicted the former prosecutor in the Ahmaud Arbery case, charging that, until the leak of a videotape of the fatal shooting of the Black jogger, she took no action because she knew the men involved.

“There’s a real sea change,” Lopez says. “It kind of shows you the difference from 2013, when [the Franklin shooting] happened, and now—the different perspective we have on the police responsibility not to shoot. I feel like we’re restricting the kind of latitude that we’ve given them in the past. I think that’s a really positive thing.” 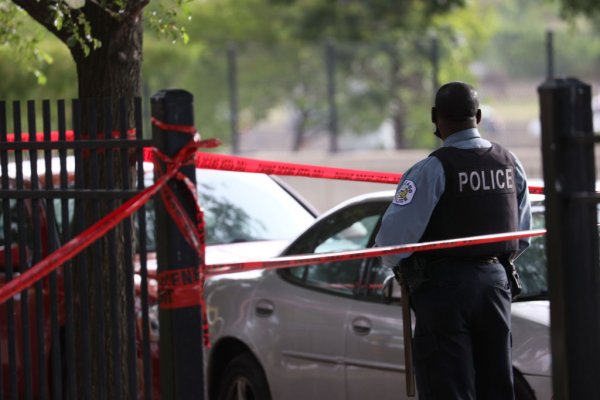 Police Killings Happen Far More Often Than What's Widely Reported. Here's Why the Numbers Are Off by So Much
Next Up: Editor's Pick