Bitcoin has unleashed a wave of speculation in El Salvador since its adoption as legal tender last month.

Uber drivers, waiters and store owners are day-trading the cryptocurrency on their phones, buying dips and selling rallies with a government app that comes pre-loaded with $30 worth of Bitcoin.

The government’s new digital wallet, called Chivo, was designed to facilitate Bitcoin transactions, but the ease with which users can top up their balances and switch instantly between dollars and tiny, fractional amounts of the cryptocurrency makes it a perfect tool for speculation.

In the capital San Salvador, many large chains such as Starbucks, McDonald’s and supermarkets accept the digital currency for purchases, and some smaller businesses are also taking it. In the city’s downtown, electronics store owner Santos Enrique Hernandez says he sees as many as 10 customers a day paying in Bitcoin for the headphones, chargers and phone cases he sells.

Chivo, which is slang for “cool”, can be faster than cash or credit cards, he said. It also allows him to speculate on price swings, buying Bitcoin when its price drops, then converting it back to dollars if it goes back up. He says he made $12 in two days speculating on such movements.

El Salvador’s plan, the brainchild of 40-year-old President Nayib Bukele, is the biggest test for Bitcoin in its 12-year history. A successful rollout that produces tangible benefits for the impoverished Central American economy and sees broad-based acceptance by Salvadorians as Bitcoin circulates alongside the U.S. dollar could convince other countries to give cryptocurrency a try too.

El Salvador adopted the cyptocurrency as legal tender Sept. 7 and more than 2 million people in the country of 6.5 million are users of Chivo, according to Bukele. The $30 of free Bitcoin is equivalent to about 8% of the monthly minimum wage.

Many users are only spending and speculating with the coin provided free by the government, but some are topping it up with their own savings.

One customer at Hernandez’s electronics store, 31-year-old Luis Alfredo Gomez, bought a $15 memory card for his phone and paid through his Chivo app. The Bitcoin showed up instantly in the wallet on Hernandez’s phone. But not all transactions are so seamless, Gomez said.

“The annoying thing is that there isn’t always coverage, but, when it works, it works well,” Gomez said.

After Bitcoin rallied 11% on Friday, German Martinez, a 61-year-old Uber driver in San Salvador told his daughters they would have made money had they listened to his advice and downloaded the app.

“It’s like credit cards,” he said. “We got used to using plastic, and now we need to start using crypto. The world has to evolve.”

Josue Martinez, a 26-year-old barista at Cafe Fulanos in San Salvador, says the Chivo network is often down. The coffee shop started accepting Bitcoin on Sept. 7, but some customers walk out after being told the payment system isn’t working correctly.

Many Salvadorans bailed as soon as they could, converting their free Bitcoin into dollars via one of the 199 Chivo ATMs installed across the country. There used to be 200, but one was burned in an anti-government protest.

To promote adoption, the $30 in free Bitcoin does come with the condition that it be used in a transaction before it can be converted into cash. As a work-around, Salvadorians send the Bitcoin to a relative, who’ll then send it back, thereby lifting the block.

Roxana Ruana, who was waiting in line at a Chivo ATM with her daughter to withdraw the $30, said her brother lives in the U.S. and sends them about $150 a month. She said if the Chivo app can help save them the $15 in fees they pay to receive remittances via Western Union, it will help them grow the family business of selling women’s clothes in San Salvador.

With more than 2 million Salvadorans living in the U.S., remittances account for over 20% of the nation’s gross domestic product. Bukele cited the reduction in remittance fees as one of Bitcoin’s main benefits.

Not everyone shares his enthusiasm. Architect Carlos Hernandez and digital activist Roberto Dubon declined to download the app, because they don’t want the government to have access to their data.

“Bitcoin’s spirit when it was designed was to not let governments intervene, so why is the government of El Salvador using it?” Dubon said. “It’s like handing over your phone to the state intelligence agency.”

Hernandez said the fact that the government removed the app from stores for several days after its rollout is a red flag that should deter people from holding money in it.

“It’s like an on and off switch, and if they take it offline what recourse do you have?” Hernandez said.

He also criticized Bukele’s purchase of 700 Bitcoins in September as “gambling with my tax dollars.”

Wilfredo Hernandez, a 37-year-old line cook, planned to withdraw the $60 that he and his wife had in their Chivo wallets from the government, but found it had dropped to $57 by the time he got in line at the ATM.

The Bitcoin experiment is a big risk for Bukele, said Valeria Vasquez, Central America analyst for risk consultancy Control Risks. If Salvadorans start to lose money in their crypto wallets, it could cost him popular support, she said. The price of Bitcoin has fallen by about 7% since Bukele announced the first purchase of a batch of 200 coins on Sept. 6.

Bukele wants to change the constitution to allow re-election, and needs to maintain his high approval ratings to allow this to happen, Vasquez said.

Protests against Bitcoin and Bukele’s decisions to fire judges and an attorney general attracted thousands on Sept. 15, and smaller marches continued through the end of the month. Another protest against Bukele’s government and the adoption of Bitcoin are planned for Oct. 12.

–With assistance from stacy-marie ishmael and Dave Liedtka. 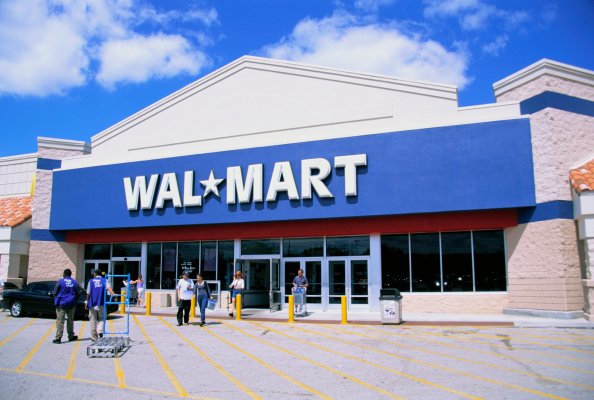