Juul Is No Longer U.S. Teenagers' Preferred E-Cigarette. Puff Bar Seems to Have Taken Over

Disposable e-cigarettes like Puff Bar are now far more popular among teenagers than the pod-based products from once-dominant brand Juul, according to new data from the U.S. Centers for Disease Control and Prevention (CDC) and Food and Drug Administration (FDA).

Each year, the CDC and FDA survey thousands of U.S. middle and high school students about their use of tobacco products, including e-cigarettes—which were meant to give adult smokers a less-dangerous alternative to cigarettes, but have in recent years become popular among underage users. The 2021 edition was conducted entirely during the pandemic, meaning some teenagers took the survey at home, instead of in their classrooms as usual. As a result, the report’s authors caution that it shouldn’t be directly compared to previous surveys.

Even with that caveat, the report shows clear shifts in teenage vaping habits during the pandemic. About 11% of high schoolers and 3% of middle schoolers said they had vaped in the 30 days prior to taking the survey—far below the 20% and 5% who said so last year, respectively. That’s likely in part because remote learning affected students’ access to e-cigarettes, according to the report’s authors, so there’s no guarantee the downward trend will continue in the future.

Teen e-cigarette preferences are also changing dramatically. For years, Juul—a company that makes flash-drive-like devices that run on prefilled cartridges of nicotine e-liquids—was thought to be the most popular brand among teens, and has drawn criticism for marketing in ways that appeal to teenagers. (The company has repeatedly denied that it ever purposely targeted teenagers.)

But in the new report, more than half of students who vaped said they used disposable e-cigarettes, while about 29% said they used pod-based products. About 85% of youth vapers used products in flavors including fruit, candy and mint. Less than 6% of high school vapers said Juul was their preferred brand, compared to 26% who used products from Puff Bar—a brand that makes disposable e-cigarettes in flavors like Blue Razz and Watermelon. The FDA tried to remove Puff Bar from the market in 2020 for violating regulatory requirements, but it reemerged this year using a type of lab-made nicotine that some in the vaping industry argue the FDA can’t regulate. Puff Bar did not respond to TIME’s request for comment.

Disposable products, in general, are not regulated as tightly as pod-based products like Juul’s, which may explain some of the shift in teen preferences. At the beginning of 2020, the FDA forbade the sale of all flavored pods that had not received agency approval, in hopes of easing the teen vaping trend; that’s why brands like Juul now only sell menthol- and tobacco-flavored liquids. The ban was controversial, since many adult e-cigarette users also prefer flavored products. It did not extend to disposable vapes, hence why they’re still available in a range of flavors.

That may not be true for long, though. Last September, all U.S. e-cigarette makers were supposed to submit applications proving that their products were positive for public health—that they could be beneficial enough for adult smokers to outweigh their potential health risks or popularity among teenagers and recreational users. So far, the FDA has denied more than a million applications for flavored e-cigarettes, meaning they can no longer be legally sold in the U.S. It is still reviewing applications from big-name brands like Juul and Vuse, the e-cigarette made by tobacco company R.J. Reynolds.

Juul’s application, in particular, has drawn condemnation from many public-health groups, which have urged the FDA to reject it due to the company’s role in the teen vaping crisis. Juul may have helped spark that problem—but as the new federal data show, that spark has largely burned out. 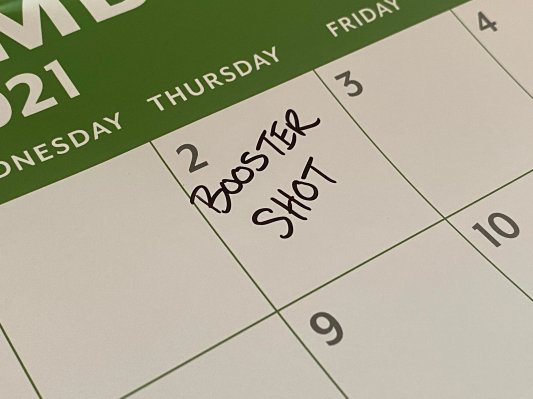 Why Can’t I Get A COVID-19 Booster Shot If I’ve Been Vaccinated With Moderna or J&J?
Next Up: Editor's Pick