U.S. Lawmaker Wants to Ban Booze ‘To Go’ at Airports Amid Surge in Unruly Passengers

The bar area of a restaurant overlooks some of the planes parked at the gates at Reagan National Airport in Arlington, Virginia on April 30, 2020.
John McDonnell—The Washington Post/Getty Images
By Alan Levin and Keith Laing/Bloomberg

Limiting the sale of “to-go” alcohol at airports and creation of an industrywide no-fly list are among the steps that may be needed to help stem the epidemic of air rage incidents on airline flights.

But disagreements over which ones to pursue emerged at an often contentious U.S. House Transportation and Infrastructure Committee hearing Thursday that also highlighted the deep divide among industry sectors and the emotional politics surrounding mask requirements during travel.

While most lawmakers decried the surge in unruly passenger incidents some Republican lawmakers attacked what they called hypocritical policies by the Biden administration and criticized airlines for enforcing the mask rule. Democrats, in turn, said lax standards in some states contributed to the problem.

“I would agree totally that there are mixed messages out there and that it’s confusing to the public and at times makes it very difficult for flight attendants to do our jobs effectively,” Teddy Andrews, an American Airlines flight attendant and member of the Association of Professional Flight Attendants, said at the hearing.

The chairman of the committee and several other lawmakers said the sale of alcoholic drinks at airports that passengers can take with them needs to be curtailed. Representative Peter DeFazio, an Oregon Democrat, is calling for airport bars to stop selling “to-go” alcoholic drinks.

“I’ve been flying, doing this job for 35 years,” DeFazio said. “Until this year I never saw ‘to-go’ signs.”

DeFazio said he witnessed a passenger at an airport bar order three shots of alcohol in a cup he could take with him. While U.S. law prohibits passengers from bringing their own alcohol on flights, other beverages are permitted and the rule is difficult to enforce.

So far this year, 4,385 incidents of disruptive passengers have been reported, including 3,199 that were related to pandemic requirements that flyers wear masks. Nearly 800 of the episodes were deemed serious enough to warrant investigations, according to the Federal Aviation Administration.

The rate of such events seems to be declining, the FAA said Thursday. It went from over 12 per 10,000 flights during February and March to about half that since mid-July. But the rate remains far above previous years, according to agency data.

The FAA asked airlines in a meeting on Tuesday to commit to take more action and tell the FAA in a week the additional action they will implement during the next month that “is necessary to stop the unsafe behavior,” the agency said in a statement.

Sara Nelson, international president of the Association of Flight Attendants-CWA, recounted at the hearing a case involving unspecified carriers in which a passenger misbehaved on a flight and was barred from continuing, but booked on another airline and committed similar violations.

Nelson and DeFazio said the solution may be for FAA to compile a centralized list that each carrier can access. Airlines have barred hundreds of people from flying this year for refusing to wear masks or other unruly behavior, but there isn’t a no-fly list across all carriers.

Delta Air Lines Inc. has already submitted more than 600 names to other carriers of passengers it has prohibited from flying, the company said Thursday. The names were also given to the FAA for possible enforcement, Delta said.

While there’s currently no centralized banned-passenger list related to unruly passengers with carriers or the government, a trade group representing large carriers told lawmakers Thursday seemed to be open to the idea.

Airlines are working to develop cross-industry best practices, “especially as it pertains to keeping unruly passengers off the aircraft,” said Lauren Beyer, vice president for security and facilitation at Airlines for America, in written testimony prepared for the hearing.

Several lawmakers and witnesses said that the Department of Justice also needs to file more criminal charges against the worst violators. The FAA has issued more than $1 million in proposed civil fines, but jurisdictional confusion and other issues have made criminal prosecutions rare, Bloomberg reported earlier this year.

“We need DOJ to take more aggressive action,” Nelson said. “As you have heard, alcohol has been a major contributor. We believe when people face jail time there’s going to be a lot of sobering up around the country.”

One impediment to prosecuting cases has been the tight schedules of airlines, making it difficult for local police to get statements from flight attendants, which are necessary in order to press charges, said Christopher Bidwell, the senior vice president for safety at Airports Council International, North America.

The politics underlying the Covid-19 pandemic repeatedly surfaced during the hearing. Some Democrats criticized regions of the country in which government leaders oppose mask mandates and question the seriousness of the disease. Several Republican lawmakers questioned airlines for how they enforced the rules and said government policies had exacerbated the problem.

During the hearing, Representative Garrett Graves, a Louisiana Republican who is the top Republican on the committee’s aviation subpanel, held up a large photo of Democrats such as John Kerry, the U.S. special envoy on climate change, photographed without a mask on a flight.

Kerry had said after the incident last March that he’d momentarily dropped the mask and is a strong believer in them. Republicans such as Senators Roger Wicker of Mississippi and Ted Cruz of Texas have also been photographed on planes without masks in the past year.

But Graves said such images help fuel confusion and distrust in the rule.

“I think it’s the frustration people have,” Graves said, over situations “that appear to be demonstrating a good bit of hypocrisy.” 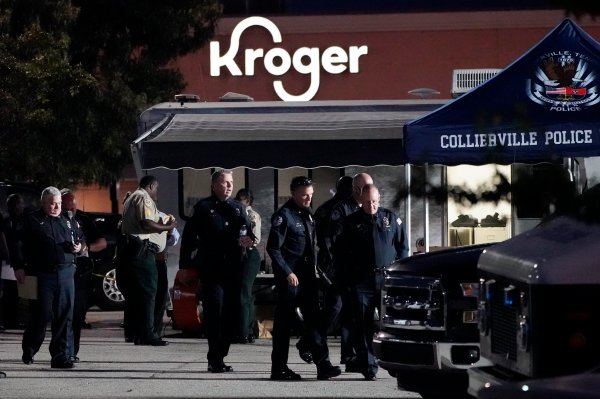