On Jan. 3, 1867, nearly two years after the end of the Civil War, Frederick Douglass stood before a full house of hundreds of African Americans at Philadelphia’s National Hall. He had been invited to speak in a Black lecture series organized by William Still, famous for his work on the Underground Railroad. As recounted by the Philadelphia Daily Evening Telegraph, the celebrated African American singer Elizabeth Taylor Greenfield performed several arias before Douglass’s introduction. Douglass then took the stage to speak on the “Sources of Danger to the Republic.” The Telegraph reported that he “was frequently interrupted by applause, and evidently made the best effort of his life.”

“Sources of Danger to the Republic” is indeed one of Douglass’s greatest speeches, and it deserves to be better known for its ruminations on the precarious state of democracy in post-Civil War America. Douglass delivered the speech in the midst of the battle over civil rights for Black people, addressing the threat posed to the nation by a racist President who refused to give them the full rights of citizenship. Douglass’s warning about antidemocratic authoritarianism during the early years of Reconstruction resonates in our own time as well.

The “Sources of Danger” speech was prompted by the reactionary policies of Andrew Johnson, who assumed the presidency on April 15, 1865, after Abraham Lincoln’s assassination. Shortly after taking office, Johnson pardoned former Confederate leaders, and over the four years of his presidency he vetoed all legislation that sought to expand the rights of African Americans. (Many of those vetoes were overturned by the Radical Republicans and their allies.) In particular, Johnson opposed measures that granted African Americans the right to vote. His reactionary policies contributed to massacres of Black people in Memphis and New Orleans during the spring and summer of 1866. Appalled by the killing of over 100 Black people in those cities, Douglass linked the murders to the disempowerment promoted by Johnson. “Disenfranchisement means New Orleans; it means Memphis,” he said. In this way Douglass called attention to the always simmering possibilities for violence that accompanied the suppression of voting rights.

But Douglass was also angry at the Radical Republicans, who claimed to support African Americans, but attempted to stop Douglass from attending a public meeting of Republicans in September 1866 because they didn’t want their party to be perceived as “Black.” Douglass was also distraught that the Republicans’ proposed Fourteenth Amendment, which gave Blacks birthright citizenship, failed to include the right to vote. Without the vote, Douglass bitterly remarked, “my citizenship is but an empty name.”

Convinced that Reconstruction was at a crossroads, Douglass composed “Sources of Danger to the Republic” during late 1866 and gave its first full presentation in January 1867 to the Black lecture series in Philadelphia. In all versions of the speech, Douglass asked: What happens when a “bad man,” as he termed Andrew Johnson, occupies the White House? Douglass knew that Johnson was hardly the first “bad man” to assume the presidency and would not be the last. Before the packed house at National Hall, Douglass made a surprising claim: the principle source of danger to the Republic was the Constitution itself, which, by failing to put a significant check on executive power, “put the liberties of the American people at the mercy of a bad and wicked President and his Cabinet.”

Douglass admired the U.S. Constitution, regularly calling it a “liberty document.” But it had “defects and errors,” he claimed, because the framers mistakenly invested the President with “kingly powers.” Key to Douglass’s speech was his elaboration of exactly how the Constitution enabled a President to thwart democracy.

Douglass objected, first of all, to the “immense patronage” that the Constitution put at the President’s disposal—hundreds of millions of dollars that he could use to appoint someone to a government job “because of his political opinions, not for any fitness for the position.” Patronage power was potentially corrupting, both of the President and his appointees, Douglass explained, for “it holds out a temptation to a man to agree with the President, not because of the wisdom and justice of his position, but because in that way he can get something in exchange for his soul.”

Second, Douglass objected to the Constitution’s conception of a presidential veto that could only be overturned by a two-thirds vote of Congress. Placing so much power in the hands of the President, he insisted, undercut the democratic spirit of Congress. In a similar vein, he argued that the presidency should be a single-term position. Under the current system, he remarked, the President “is partly President, and partly chief of the Presidential party.” For that reason, the President will always be tempted to serve himself more than the country.

Third, Douglass took special exception to the President’s pardoning power. The framers’ decision to make the President the sole arbiter on federal pardons in effect gave the President “a coin with which to traffic in treason.” Knowing that he could pardon anyone serving his interests, the President could use that power to gain “co-operation and alliance, instead of loyal obedience to the laws of the land.” Douglass summed up the problem: “A Government that cannot hate traitors, cannot love and respect loyal men.”

Douglass believed that the defects in the Constitution could be fixed through amendments that cut back on patronage, limited the pardoning power, changed the votes needed to overturn a presidential veto, made the presidency a one-term position and got rid of the vice-presidency (the office that enabled Johnson’s presidency). “Laughter and cheers,” according to the reporter for the Telegraph, greeted Douglass’s remark that “we have had back luck with Vice-Presidents.”

Douglass despised Johnson. But even more crucial to “Sources of Danger” was his concern that Americans risked losing that which they most valued: “democracy in its purity.” For Douglass, democracy was about voting rights. Making clear that the lack of Black suffrage had much to do with Johnson, but was not exclusively Johnson’s fault, Douglass proclaimed: “The fact is that the ballot-box, upon which we have relied as a protection from the passions of the multitude, has failed us, broken down under us.” Most Black people in America, whether in the North or South, simply didn’t have the right to vote. In his speech at National Hall, Douglass called on Black people to “hate as you love,” extolling anger as a way to create community and prompt political action. One month later, when he gave a slightly revised version of the speech to a white audience in St. Louis, Douglass concluded quite differently, telling the whites in attendance that “this matter of Reconstruction” can be left to the “constructive talent of this Anglo-Saxon race.” He continued to deliver versions of “Sources of Danger” through 1867; it was one of his most popular speeches.

With the ratification of the Fifteenth Amendment in 1870, giving Black men the right to vote, Douglass got what he wanted, but by the late 1870s Black people found it nearly impossible to vote in the South. Douglass anticipated these problems in “Sources of Danger” when he instructed Johnson and other white racists: “Drive no man from the ballot-box because of his color.” Douglass’s speech inspired people in 1867 and has much to say to us today, not just about the dangers posed by executive power, whether of Presidents or governors, but about what it means for the character of the nation to restrict the voting rights of African Americans and other people of color. The speech is a prophetic warning from the past about how the powerful can use the tools of power to shut down democracy. Just as important, it advocates resistance in order to preserve what Douglass termed “our beautiful republican institutions.” 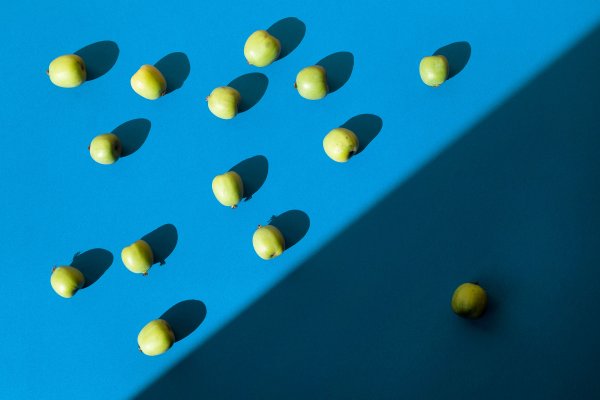 Why Counting Calories May Not Help You Lose Weight
Next Up: Editor's Pick