9 Most Ripped-Off Products in America

Counterfeit products may cost the global economy up to $250 billion a year, according to estimates from the Organisation for Economic Co-operation and Development (OECD). Millions of those shipments enter the United States.

While government agencies do their best to crack down on counterfeit goods, they only manage to catch a fraction of the fake products that enter the United States. Still, the U.S. Customs and Border Protection (CBP) values that seized fraction at staggering amounts. The value of counterfeit goods seized rose by 38.1% in 2013, from $1.2 billion in 2012 to $1.7 billion last year.

Based on the manufacturer’s suggested retail price (MSRP) of the genuine versions of the counterfeit goods, some of the most valuable imitations were of handbags and wallets, watches and jewelry, and consumer electronics. 24/7 Wall St. reviewed the nine most counterfeit items seized in 2013, based on their retail value.

The value and number of seizures changes considerably from year to year, depending on what items were being counterfeited, as well as law enforcement activity. Therese Randazzo, director of CBP policy and programs on intellectual property rights, explained that, in some cases, increases in seizures are the result of such activity. In other cases, such as footwear, decreases in seizures can also reflect the success of prior campaigns by CBP and other agencies, she added.

In some cases, changes in the number and value of goods seized did not move in tandem. For instance, while the number of watches and jewelry seized remained roughly the same between 2012 and 2013, the value of those seizures rose by 169%. According to Randazzo, fluctuations will occur with luxury goods like handbags, watches and other types of jewelry in particular, because there is such a large range of values with these products.

Luxury items tend to be the most counterfeited products because they are more valuable, according to Randazzo. And with better counterfeiting methods, there is a greater challenge of detection as well as potential for even higher profits, she explained. Consumers can no longer take for granted obvious signs of imitation such as poor stitching or bad zippers. “Now, the quality [of fake products] has improved so dramatically that [criminals] have been able to charge at prices closer to the price of the genuine article.”

China’s role as manufacturer for a broad range of authentic products, as well as its intellectual property rights framework, may contribute to the country’s high levels of counterfeiting. About $1.2 billion of the $1.7 billion worth of imitations picked up by U.S. law enforcement agencies originated in mainland China. More than $400 million worth of seized goods came from Hong Kong, which CBP classified separately.

MORE: States With the Best (and Worst) Schools

The process and methods of detecting these counterfeiting operations is constantly evolving. The increased number of seizures in 2013, according to Randazzo, can be explained in part by new collaborative efforts between CBP and various partners, including China Customs, the customs agency for the People’s Republic of China. The success of such operations has resulted in a measurable increase in the number and value of seizures and the ability to target and intercept shipments of knock-off products, she added.

Based on information provided by the CBP, 24/7 Wall St. reviewed the nine most counterfeited items seized by officials based on the MSRP of the genuine article. We looked at the number of shipments of each product type confiscated in both 2013 and 2012. We also reviewed CBP data by country to identify the value of counterfeit goods produced in specific countries.

These are the nine most counterfeited products in America.

Last year, the United States seized almost 10,000 shipments of counterfeit apparel and accessories, by far the most of any commodity and up 26.8% from the year before. In all, more than $116 million worth of such items were seized. Like with other goods, exactly what type of product is being counterfeited matters, Randazzo noted, with haute couture knockoffs assigned a higher MSRP than blue jeans, for example. Last year, the CBP, in conjunction with other federal and local agencies, conducted “Operation Red Zone,” which seized $17.3 million worth of fake sporting apparel — jerseys and ball caps — and other collectibles coinciding with the 2013 Super Bowl.

The dollar amount of counterfeit consumer electronics products seized rose by 40% in 2013, to $145.9 million from $104.4 million in 2012. Further, consumer electronics comprised 8% of the total value of items seized last year, making it the third most frequently seized fake product. The number of seizures of counterfeit electronic products grew in conjunction with their total value. There were 5,656 such seizures in 2013, a 44% increase from the 3,928 seizures in 2012. According to a report by the CBP, one particularly big seizure in 2013 was by a joint CBP and China Customs operation. The two-month long operation resulted in 1,735 electronics shipments being seized, removing more than 243,000 counterfeit consumer electronic products from the market.

The value of seized imitation watches and jewelry grew by 168.9% between 2012 and 2013, considerably more than that of any other commodity. In total, the value of watches seized was more than half a billion dollars in 2013. Last year, there were 1,729 seizures, 21% less than there were in 2012. Randazzo noted that the different trends in value and seizures may be a product “of what’s targeted and seized in a given year.” For example, fake versions of high-end watches, which retail for thousands of dollars, can boost the values of counterfeits seized. The Federation of Swiss Watch Industry estimated that some 120,000 imitation watches were seized worldwide in 2013.

Handbags and wallets were again the most seized counterfeited product, by MSRP, in 2013. The roughly 2,200 shipments seized had a total MSRP of more than $700 million, accounting for 40% of the total value of all goods seized. Because these products are valued so highly, a drop in total handbag and wallet seizures between 2012 and 2013 did not correspond with a drop in the market value of the items seized. In fact, while seizures fell by 17% in that time, the value of goods seized rose 37%, or by nearly $189 million. Randazzo explained that the retail value of the genuine goods can increase the value of the seized counterfeits considerably. While a fake Coach bag is often valued in the hundreds of dollars, “if we seize a counterfeit Hermes bag, the value …of some of those bags is thousands of dollars.” Most such counterfeits originate in mainland China, which alone accounted for more than half a billion dollars in fake purses last year, according to the CBP. 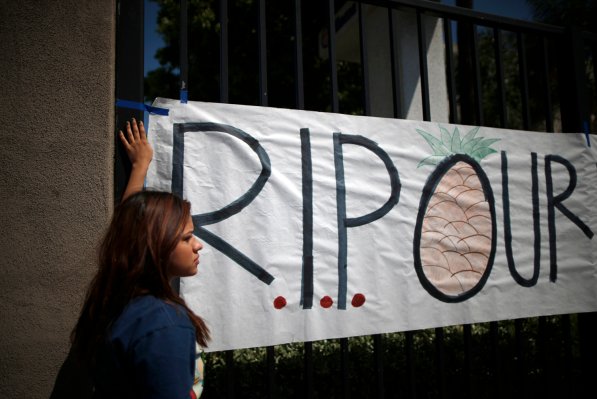