Mars Was Always Destined to Die

Thanks to data from rovers and other spacecraft, we know that the Red Planet once fairly sloshed with water—with dry deltas, riverbeds, and sea basins stamped into its surface. But 4 billion years ago, the Martian core cooled, shutting down the dynamo that sustained its magnetic field. That left the planet vulnerable to the solar wind, which clawed away the atmosphere, and allowed the Martian water to sputter into space. Before long—in geological terms—the planet was a desert.

At least that’s long been the thinking. But a new paper published Sept. 20 in the Proceedings of the National Academy of Sciences suggests otherwise. According to the new research, Mars was doomed from the start. Its small size—about half the diameter of Earth and less than one-ninth the mass—simply never produced the gravitational muscle to allow the planet to hold onto either its air or its water. With or without a magnetic field, Mars was destined to die.

The study, led by planetary scientist Zhen Tian of Washington University in St. Louis, relied on the analysis of 20 meteorites whose chemical composition establishes that they originated as bits of Mars. The rocks range in age from just a few hundred million to 4 billion years old. Such a sample comfortably spans Mars’s transition from a wet world to a dry one, but even in the oldest rocks, there would be no traces of moisture to be found. The passage of time—to say nothing of the long trip the meteorites made through space—would have caused a compound as volatile as water to have evaporated entirely.

Instead of water, the investigators looked for isotopic potassium, which was present in abundance on early Mars and can be used as a sort of chemical proxy for water. “Potassium is a moderately volatile element (mimicking the behavior of highly volatile elements), but it is not too volatile to get completely lost,” wrote Kun Wang, a planetary scientist at Washington University and one of the authors of the study, in an email to TIME. “It is easier to measure in high precision.” The more isotopic potassium the investigators found in the rocks, the more water there would have been.

As it turns out, there would not have been much. The age of the rocks and the level of potassium left in them indicated that not only did the water not wait around for the magnetic field to shut down and the atmosphere to stream away before it vanished too; it actually began disappearing before the once-molten planet had even fully cooled.

“The total budget of water and other volatiles was set at the formation of Mars,” says Wang. “The loss of water and volatiles for the planet occurred at its hot and violent stage.” That stage, he adds, was “much earlier” than the shut down of the magnetic field.

The researchers did not limit their study to Mars alone. Comparing the amount of potassium in the meteorites to the known water on the moon and the 525-km (326-mi) wide asteroid Vesta, they found a sort of stair-stepping in water quantity that directly follows gravity and mass: Mars is drier than the Earth, but wetter than the smaller moon, which is in turn wetter than tiny Vesta.

That has implications for the possibility of finding life not just on Mars but on exoplanets—worlds orbiting other stars. Astronomers typically look for smallish, rocky planets like Earth as the likeliest places biology could emerge, especially if those planets are found in the so-called “Goldilocks zone” around their stars—a place where temperatures are not too hot and not too cold for liquid water to exist. But too small a planet, it now appears, would be dry no matter the local temperature.

“There is likely a threshold on the size requirements of rocky planets to retain enough water to enable habitability,” Wang said in a statement accompanying the paper.

The new study does not entirely rule out the possibility of Martian biology. The once-wet world did not lose all of its water to space. Some is entrained in permafrost at the poles, and more may have retreated underground, in aquifers where the water would be liquid at least for some parts of the Martian year. Forms of microbial life that emerged in the planet’s earlier, wetter era may have found refuge there ever since. Mars was never going to be a garden world like Earth, but that doesn’t mean it can’t stir still. 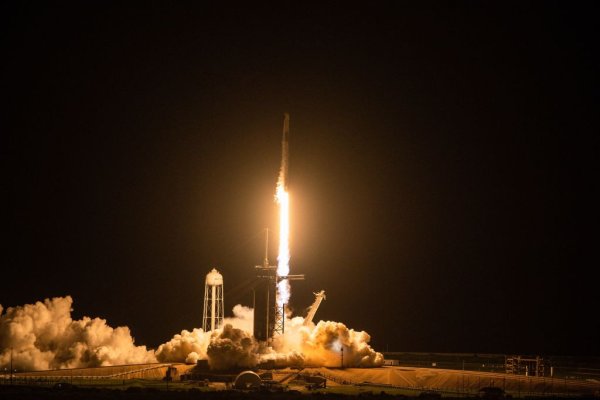