A Decade After Jamey Rodemeyer’s Death, His Parents Are Still Trying to Protect Kids From Homophobia and Bullying

It has been ten years since the death of 14-year-old Jamey Rodemeyer, a Williamsville, New York teen whose suicide further turned a national spotlight on the issue of LGBTQ mental health and bullying.

In May of 2011, a few months after he came out to friends as bisexual, Jamey participated in the “It Gets Better” social media campaign founded by journalist Dan Savage and his partner Terry Miller. The campaign served as an attempt to combat suicide among LGBTQ youth with video testimonials from LGBTQ adults (and allies) reassuring kids and teens that their lives improved after they faced harassment in their adolescence.

In his video, Jamey shared that that he faced harassment and bullying for his sexuality at school, but wanted queer kids to know that “it does get better.”

His death by suicide, just a few months later on Sept. 18, 2011, sparked an outpouring of grief and outrage across America. National news stories highlighted the relentless, cruel harassment Jamey had received, including numerous posts on Formspring, an anonymous Q&A-based social networking site popular with teens at the time, telling him to kill himself. “No one in my school cares about preventing suicide, while you’re the ones calling me [gay slur] and tearing me down,” Rodemeyer had blogged on his Tumblr account on Sept. 8, per a report by The Washington Post. He wrote the next day: “I always say how bullied I am, but no one listens… What do I have to do so people will listen to me?”

In the decade since Jamey’s death, his mother Tracy Rodemeyer tells TIME that, “We got so many messages from people who [told us they] were [considering suicide], and they heard Jamey’s story and reached out to us, and they said, ‘He saved my life.’ I mean, hundreds of people.”

Some progress has been made for LGBTQ rights in that last ten years, but queer teens in the U.S. are still uniquely vulnerable. A national survey undertaken between October and December 2020 by the suicide prevention nonprofit The Trevor Project, found that 42% of LGBTQ youth seriously considered attempting suicide in the past year, including more than half of transgender and nonbinary youth. Per the Trevor Project, lesbian, gay and bi youth seriously contemplate suicide at nearly three times the rate of their heterosexual peers.

Tracy and her husband Tim have pledged to continue spreading Jamey’s message of self-love, acceptance and tolerance. TIME spoke with the Rodemeyers ahead of the ten year anniversary of Jamey’s death about their son’s life and legacy, and the progress yet to be made.

TIME: In the ten years since Jamey’s death, you and your family have worked to combat bullying and homophobia. What has your work entailed?

Tracy Rodemeyer: When it comes to bullying and suicide, nobody wants to talk about it. We used to talk to Jamey about it all the time when he was younger. Then as he got older, you know, getting into the teenage years, he was kind of like, ‘Oh yeah, I’m not gonna talk about things as much.’ But [after he died], people were reaching out to us. We decided right then and there to get the message out to kids that feel alone, that are getting bullied—or are considering suicide. We want kids to know that they have options to seek help. It was just very important to us for [kids to see] Jamey was a human being just like them. And that he can teach us all a lesson about bullying and ignorance. So any opportunity we had—whoever asked; whatever age group—we would go and do talks.

Tim Rodemeyer: Wherever we were invited, we would go—even cross country. What I used to say in our talks to schools, is ‘You are who you are. And you are special. You have to love yourself and accept yourself. You’re not alone.’

What has it been like to become advocates in a movement that you would never have hoped to have to lead? Have you received any backlash in doing your work?

Tracy: It hit me first at Jamey’s funeral. LGBTQ people who we didn’t even know showed up to protect us and our family in case there was some kind of disruption. That opened my eyes [to the fact that] that was a possibility—bad publicity or bad people coming after us. I was honestly very shocked that we didn’t really get one ounce of backlash; to be honest, 99% was all good. Maybe 1% of people have said anything bad, but it doesn’t really affect us.

Looking back on the past decade, what have been some of your biggest takeaways from that work?

Tim: One of the biggest takeaways for me is that I don’t think that the school systems really do care about bullying as much as they say they do. I think it’s all just talk. Maybe in some cases, but I would say the majority just fluff it off as kids being kids. They should take bullying a little bit more seriously.

Just as an example, at the beginning of the school year the kids at [Jamey’s former school] get together with an administrator and they go over all the rules. And keep in mind our daughter Alyssa is in the audience. It comes up to the bullying part—and this is the year after Jamey had passed—and the administrator said, ‘well, I know you’ve heard a lot about bullying, but I guess I have to talk about this.’ And then he went through it in like 30 seconds.

Tracy: How can you say that? My daughter came home and she was like, ‘you’ve got to be kidding me.’ They knew she was still at the school.

Tim: Another thing that I’ve taken away from this experience is just how many kids there are that need to talk to somebody in schools about being bullied—for being gay, or just being different in some way. There should be more people or ways that these kids can talk and get their feelings out.

Tracy: I was really shocked when we went to these talks and such—I remember how it was when I was a kid, you’d go into an auditorium and you’d want it to end. But people would stand in line to talk to us [afterwards] and say, ‘I’m having this trouble. I don’t know what to do. I don’t know how to tell my parents.’ I’m like, ‘Well, where are your parents?’ And they’d point like ten feet away. And here, they’re willing to talk to somebody that they don’t even know, because they know what we experienced and what Jamey went through so they can relate.

You made the point, Tracy, that people don’t like to talk about suicide, and there’s a real stigma around discussing the topic and risk. How do you think we can combat that?

Tracy: Jamey didn’t even survive two weeks in high school; we didn’t know that there were support groups, for example. If [schools] could get education on resources to the parents and the kids, that would help. If there were interventions especially to the new freshmen class: ‘Hey, we know things are tough, here’s the people you can go to if you’re ever feeling this,’ [or] offering up a suicide prevention hotline.

Tim: We need to start talking to kids and listening honestly about suicide.

Read more: Addressing the Flaws in our Mental Healthcare System Could Save Young LGBTQ Lives

You’ve both said you want to continue to amplify Jamey’s message. What does that entail?

Tracy: It’s really around acceptance. Be who you are. Love who you are. Don’t let anyone take your freedom and your life away from you. Jamey was a very beautiful soul. People told me, which I didn’t know, that even though he was all sad and getting bullied, if they came to school and got bullied, he would take care of them… saying, you know, ‘Love yourself. Don’t let ignorant people get to you.’ Even though deep down he was going through it, he was there to help others.

What would you like readers to remember on the 10 year anniversary of Jamey’s death?

Tim: We’re still talking about homophobic bullying, and we shouldn’t be. Because it shouldn’t still be happening. More people need to get serious about this problem.

Tracy: There have been days where it feels like it just happened yesterday. It’s been ten years of anger, of sadness. The reason people clung to this story so much is because Jamey was such an advocate. When you’re bullying someone like that, even if they don’t take their own life, it’s a tragic thing for everybody. Jamey was 14 and a half. He’s almost been gone as much as he lived. And no one had the right to make him feel like he did not belong in this world. 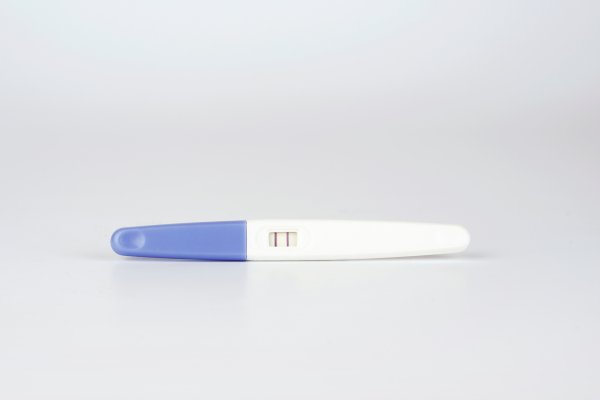