Managing Director of the International Monetary Fund (IMF) Kristalina Georgieva speaks during a press conference as the Chancellor meets with economic and financial organizations in Berlin at the German chancellery on August 26, 2021 in Berlin, Germany.
Clemens Bilan— Pool/Getty Images
By Eric Martin / Bloomberg

International Monetary Fund Managing Director Kristalina Georgieva was called out Thursday by the World Bank, her previous employer, for applying pressure to boost China’s position in a ranking of economies.

Georgieva said she disagreed with the findings, compiled by an outside law firm at the World Bank’s direction.

The World Bank found such serious ethics issues in its probe of the “Doing Business” report that it decided to abandon the series entirely, a statement released in Washington showed.

China’s position in the 2018 report, released in October 2017, should have been seven places lower—at No. 85 rather than remaining at 78—the World Bank said in a review released in December.

“The changes to China’s data in Doing Business 2018 appear to be the product of two distinct types of pressure applied by bank leadership on the Doing Business team,” the World Bank said in a report Thursday. The bank cited Georgieva, along with an adviser, for “pressure” to “make specific changes to China’s data points in an effort to increase its ranking at precisely the same time the country was expected to play a key role in the bank’s capital-increase campaign.”

Georgieva served as chief executive officer of the World Bank prior to being chosen to succeed Christine Lagarde as head of the IMF, the development lender’s partner in the Bretton Woods system.

“I disagree fundamentally with the findings and interpretations of the Investigation of Data Irregularities as it relates to my role in the World Bank’s Doing Business report of 2018,” Georgieva said in a statement. “I have already had an initial briefing with the IMF’s Executive Board on this matter.”

Georgieva told the IMF board at a meeting Thursday before the news came out that the report was forthcoming, but that she was going to keep to her work as usual, according to people familiar with the matter.

While her alleged actions were taken while she was at the World Bank, they have been referred to the IMF’s ethics committee within the fund’s board of directors, the people said, asking not to be named as the deliberations were private. That panel consists of the chief IMF representatives — known as executive directors — from Brazil, France, Russia, the U.K. and an official representing the group of Iran, Morocco and Pakistan.

The U.S. Treasury, which manages the country’s engagement with the IMF and World Bank, said it was reviewing the report. The U.S. has an outsize role in decisions at the Washington-based lenders because of the weight of its voting power. Many Republican lawmakers have opposed expanding support for the World Bank and IMF, and Thursday’s news could renew GOP criticism.

“These are serious findings and Treasury is analyzing the report,” Treasury spokesperson Alexandra LaManna said. “Our primary responsibility is to uphold the integrity of international financial institutions.” A National Security Council spokesperson later also said that the report was troubling, and that the administration was committed to upholding the integrity of institutions like the IMF.

Georgieva is expected to address the World Bank report at an all-staff meeting of the IMF on Friday, according to people familiar with the plans. An IMF spokesman said that that forum was previously scheduled to discuss IMF policy priorities ahead of the annual meetings of the fund and the World Bank next month.

The probe was produced by the law firm WilmerHale, which was retained by the World Bank executive board’s ethics committee—the body responsible for ethical matters involving board officials. The findings were shared with the World Bank’s executive directors Wednesday, and the board authorized their release.

From mid-2017 to April 2018, World Bank management was “consumed with sensitive negotiations” over boosting the lender’s capital, and China at the time was “apprehensive” about how its ownership share would be recalculated as a result of that process, the WillmerHale report said.

World Bank President Jim Yong Kim, the institution’s top leader at the time, was overseeing the talks along with Georgieva, and both of them pointed in interviews to the tensions surrounding the process, WillmerHale said.

Against that backdrop, Chinese officials repeatedly told Kim and other top World Bank officials that the 2017 Doing Business report had failed to reflect China’s reforms, the report said. As it became clear that the draft 2018 report would show a drop in China’s ranking, staff discussed options including incorporating data from Taiwan and Hong Kong into the mainland’s rating, the report showed.

Georgieva, who in an Oct. 18, 2017, meeting represented that she was now overseeing the issue, ruled out incorporating Hong Kong data for political reasons. Georgieva asked a “Mr. Djankov” to guide the Doing Business report to final publication, and he worked with the unit to “identify changes to China’s data that would raise the country’s score,” the WillmerHale findings showed.

After searching for data points that wouldn’t also alter other country’s ratings — such as putting greater weight on major cities — officials concluded that adjusting China’s “legal rights indicator” was an “ideal vehicle” thanks to differing expert opinions on the effect of Chinese law, the report said. Tweaking the assessment helped China keep its prior ranking, and “Mr. Djankov” then authorized publication.

“Georgieva’s actions following changes to China’s data confirm her involvement,” the review found. WillmerHale cited her thanks, after the changes, to the senior director for Development Economics for “doing his ‘part for multilateralism,’” and her visit to the home of the Doing Business manager the weekend after the report was published to thank the manager for resolving the China problem, the report showed.

WillmerHale identified “no evidence” Kim had directly ordered illegitmate changes to China’s data, although the Doing Business manager said “it was clear that aides in President Kim’s office were acting on his behalf,” the report showed.

The Doing Business report plays a notable role in emerging markets, with governments often showcasing moves up in ranking in appeals for foreign investment. But the integrity of the ratings has been the source of heated debate in recent years. Paul Romer quit in 2018 as the World Bank’s chief economist after questioning changes to Chile’s order in the report.

“After reviewing all the information available to date on Doing Business, including the findings of past reviews, audits, and the report the bank released today on behalf of the Board of Executive Directors, World Bank Group management has taken the decision to discontinue the Doing Business report,” the World Bank said Thursday.

The IMF and World Bank have confronted a number of ethics issues over the years. Former French Finance Minister Dominique Strauss-Kahn resigned as head of the fund in 2011 after charges of sexual assault in a New York hotel room, which were eventually dropped. In 2007, Paul Wolfowitz, a top Pentagon official in the Bush administration, stepped down as head of the World Bank over his involvement in arranging a pay increase and promotion for his companion.

Lagarde, while leading the IMF, was convicted of negligence in 2016 by a Paris court over her handling of a multimillion-euro dispute during her time as France’s finance minister nearly a decade before. She didn’t face a fine or prison term, and went on to become the head of the European Central Bank.

—With assistance from Christopher Condon and Josh Wingrove. 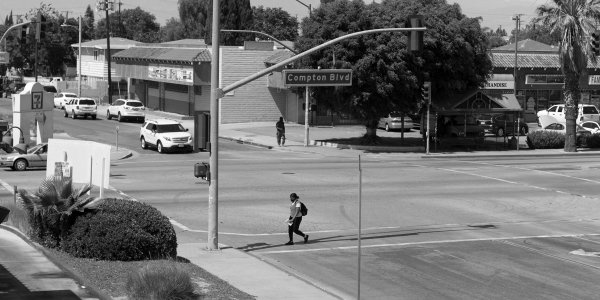 Inside the Nation's Largest Guaranteed Income Experiment
Next Up: Editor's Pick