To criticize Cry Macho—Clint Eastwood’s 39th or 40th movie as a director, depending on how you’re counting—is like picking on a cave painting because a buffalo’s legs aren’t portrayed realistically, to decry today’s sunset because yesterday’s was redder, to announce loudly that water just isn’t wet enough. The picture is so purely Eastwood—with all the good and bad that implies—it’s as if it had been drawn from his veins. Eastwood, 91, also stars, playing a seen-it-all rodeo rider and horse trainer, Mike Milo, who forges an unlikely friendship with a 13-year-old kid, Rafo (Eduardo Minett), teaching him a few lessons about masculinity along the way. (Hint: Being a man is not about being macho.)

The story is almost embarrassingly simple. But the picture slides by pleasantly enough like a stream in a Budd Boetticher movie, a calm place to take off your boots and set a spell as you reflect on the true meaning of manhood, the necessity of overcoming hidden heartache and the pleasures of finally, in your sunset years, succumbing to the love of a good woman. The plot, set in 1979, goes something like this: Mike’s old boss, rancher and rodeo owner Howard (Dwight Yoakam, always a welcome presence), is concerned that his son, Rafo—a boy he’s never really known, the result of a one-night stand—is being abused. He sends Mike to Mexico City, where Rafo lives with his mother; his instructions are to retrieve the boy, luring him with promises of his own horse and other fun stuff. A fistful of dollars in his pocket, Mike—who once had a family himself, now long gone—heads across the border. Rafo’s mother, Leta (Fernanda Urrejola), is a rich sex nymphomaniac who lives in a lavish house. (You can’t make this stuff up.) She tells Mike her son is no good—he’s a thief, and spends his nights at the cockfights—before appearing in a silky boudoir outfit, the better to lure Mike into her bed. (Somehow, you knew this was coming.)

Stalwart Mike resists. Besides, he’s already located Rafo—and met the boy’s prize rooster, a flinty, handsome creature named Macho—and senses that the kid isn’t as tough as he thinks he is. The two set off on a desert odyssey that involves stolen vehicles, some lessons in training wild horses, and pleasant days and evenings spent in a café owned by a kind, observant, gorgeous middle-aged widow named Marta (Natalia Traven). The sparks between Mike and Marta fly, or at least skitter toward one another with resolute, shuffleboard-style jauntiness.

Shot by Ben Davis, Cry Macho has a handsome, muted sheen: Its vistas of dusty purple clouds and ochre desert plains evoke warm winds and the slow passage of time. The material itself—written by Nick Schenck and N. Richard Nash—has some age to it: Eastwood first became aware of it some 40 years ago, and it bounced around Hollywood for decades with no luck, until Eastwood remembered it and sought to bring it to life.

And through it all, he pokes along with admirable energy. In his long and fertile career, Eastwood has sometimes been a great director and often just an O.K. one. But in recent years, movies like The Mule and Gran Torino have brought us some unexpected riches of crankiness. In these pictures, Eastwood no longer tries to hide his age, because he knows he no longer can. He confronts the indignities of old age with a surly, comforting growl. In Cry Macho, he’s slim and straight as a rod, and his every movement says, “Don’t worry about me, kid.” Damned if it doesn’t feel like a blessing—because who wants to have to worry about eternal legend Clint Eastwood?

I do wonder what 91-year-old actress could—or would—cast herself in a movie where she finds redemption and tender love with a man at least 30 years younger than she. The idea seems unimaginable, maybe partly because most spry 91-year-old women have a lot more on their minds than the pursuit of younger men—too many museums to go to, operas to attend, mahjongg games to play. But if Eastwood can get away with his old-dude fantasies, or even almost get away with them, why not? Sometimes a man has to believe he’s still got it, that the attractive younger señora wants nothing more than, for the rest of his days, to hold him close in a charming café lit by ultra-symbolic sunset. If this fantasy means so much to a man, it’s an act of kindness to let him have it. 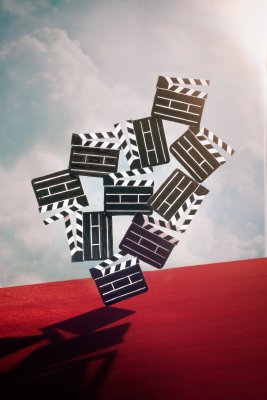 How This Fall Could Shape the Future of Moviegoing
Next Up: Editor's Pick