U.S. President Joe Biden suggested the possibility of an in-person meeting with Xi Jinping during a phone call last week, but the Chinese president declined to commit to one as he continues to avoid leaving his country even for major gatherings amid the Covid-19 pandemic.

Biden suggested the two leaders meet at some point in the next few months, according to people familiar with the conversation who were granted anonymity to discuss it. When asked late Tuesday at the White House whether he was disappointed that Xi didn’t want to meet with him, Biden told reporters “not true.”

Xi hasn’t left China for more than 600 days, the longest stint of any Group of 20 leader. Instead, he’s made virtual appearances at events including a summit of leaders from the BRICS nations. He isn’t expected to appear at next week’s United Nations General Assembly in New York either, though Chinese presidents seldom attend those gatherings.

Chinese Foreign Ministry spokesman Zhao Lijian avoided answering questions at a regular news briefing Wednesday in Beijing on whether Xi had interest in meeting Biden soon. He repeated earlier Chinese statements about the importance of the two sides communicating frequently.

Biden and Xi spoke for about 90 minutes on Sept. 10, their first discussion since February. On the call, Biden urged Xi to cooperate on key issues even as they continue to disagree on other topics, according to a statement from the White House. But the offer of a summit wasn’t disclosed by the White House.

The U.S. has sought to separate issues like climate change from more contentious ones like trade, human rights and democracy in places like Hong Kong, while Beijing has insisted that they must not be separated.

The offer of a meeting was reported earlier by the Financial Times. National Security Advisor Jake Sullivan disputed the FT’s characterization of the conversation, saying in a statement that it was “not an accurate portrayal of the call. Period.”

“As we’ve said, the presidents discussed the importance of being able to have private discussions between the two leaders, and we’re going to respect that,” Sullivan added.

—With assistance from Jenny Leonard, Sophia Cai and Philip Glamann. 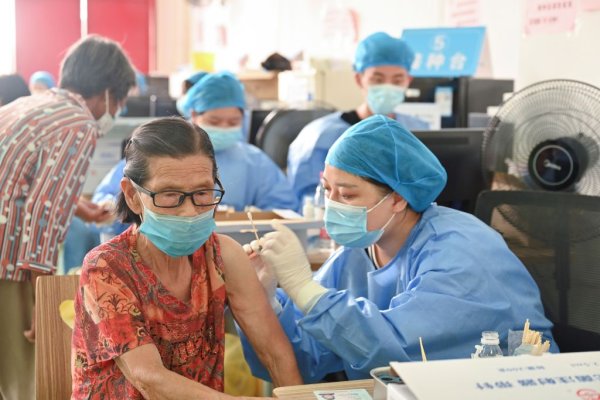