When Emma Goidel was denied coverage for her fertility treatments in September 2020, she was furious. A 31-year-old writer in New York City, Goidel and her partner were excited to try for a baby—and Goidel had begun intrauterine insemination (IUI) treatments to get pregnant that fall. But when she applied for those treatments to be covered by her partner’s Aetna Student Health Plan at Columbia University, she says she was denied—because she had not yet met Aetna’s definition of infertility.

The policy defines infertility as not becoming pregnant after 12 months of regular, unprotected heterosexual sex—or 12 months of therapeutic donor insemination. (The window shortens to 6 months if the person seeking to get pregnant is 35 or older.) Only then does Aetna’s plan cover IUI and in vitro fertilisation (IVF) treatments.

But Goidel and her partner are a same sex couple—their course of action to get pregnant is IUI or IVF. And they were told by Aetna, Goidel claims, that they would only receive coverage if they paid for the first 12 months of fertility treatments out of their own pocket.

They paid. In total, Goidel estimates that she and her partner spent around $45,000 for one successful pregnancy, after six rounds of IUI and one round of IVF. (Goidel is currently in her first trimester.) She repeatedly applied for coverage with Aetna, she says, and was repeatedly denied. “It really feels like a queer tax,” she tells TIME.

Goidel is now the plaintiff in a class action lawsuit against Aetna filed in the Southern District of New York on Monday by civil rights law firm Emery Celli Brinckerhoff Abady Ward & Maazel and the National Women’s Law Center. The suit alleges that Aetna’s policy discriminates against LGBTQ policy-holders seeking fertility treatment. It asks for an end to the policy—and for Goidel and her partner to be paid damages.

“We learned of this suit only this morning and are still actively investigating the facts,” Aetna told TIME on Monday in response to a request for comment. (Aetna’s statement did not address or dispute the alleged disparity Goidel is challenging.) “Aetna is committed to equal access to infertility coverage and reproductive health coverage for all its members, and we will continue to strive toward improving access to services for our entire membership.”

The suit alleges that Aetna’s policy violates the Affordable Care Act’s Section 1557, which prohibits discrimination in health care based on “race, color, national origin, sex, age or disability.” The Biden Administration announced in May that it would extend the section’s ban on sex-based discrimination to also protect against discrimination on the basis of sexual orientation or gender identity, reversing a Trump-era reading of the law.

Additionally, the suit alleges that Aetna’s policy violates both the New York State Human Rights Law and the New York City Human Rights Law—both of which prohibit discrimination on the basis of sexual orientation or gender identity by any place of public accommodation.

Goidel’s attorney, Noel León, argues that it ultimately undermines “the rights of queer people to form families in the way that they choose.” While Goidel and her partner were fortunate enough to afford the high price tag, León says, many other families cannot. “It has a disproportionate impact on those who are living with low incomes,” she continues, “who are disproportionately people of color, people with disabilities, or people living with [other] marginalized identities.”

According to Goidel’s complaint, her team has identified at least 17 other Aetna student health plans across New York state that contain “identical language” regarding infertility treatment. “These schools together enroll over 150,000 students in New York, including over 60,000 professional and graduate school students,” the complaint says. As of Monday, Goidel was the only plaintiff in the lawsuit, but more are anticipated to sign on, given those numbers.

“Reproductive rights have to be more than just the right to end a pregnancy,” Goidel tells TIME. “They have to include the right to begin a pregnancy… no one should have to pay thousands of dollars to start a family.” 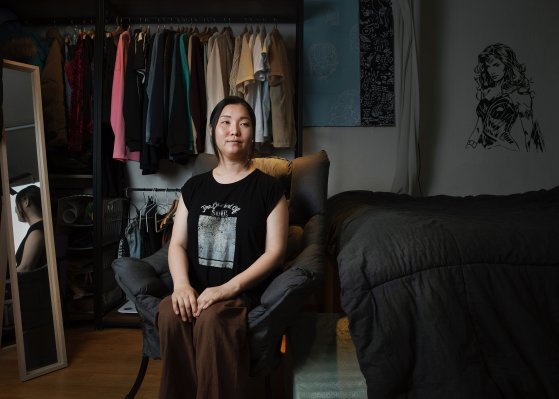