A medical worker inoculates an old woman with a dose of COVID-19 vaccine in Neikeng Town in Jinjiang City, southeast China's Fujian Province on Aug. 31, 2021.
Song Weiwei–Xinhua/Getty Images
By Bloomberg

China is experiencing yet another Covid-19 outbreak caused by the delta variant, with dozens of infections detected in the southeastern province of Fujian less than a month after the nation’s last flare-up was contained.

The cluster was detected thanks to routine testing in local schools, where two students tested positive on Friday. Their father, who returned from Singapore in early August, was also found to have been infected. Officials believe he is the likely source of the latest outbreak in the region, a manufacturing hub for sneakers, clothing and electronic components, which now stretches to more than 60 people in three cities.

The man did three weeks of quarantine and took 10 tests with no signs of infection before returning to the community, underscoring how difficult it can be to identify every case. China’s so-called Covid Zero policy relies on aggressive testing and contact tracing to quickly spot and isolate the pathogen anytime it penetrates the world’s second-largest economy.

The virus quickly took off in Fujian’s schools and factories. At least 19 of the infected people are under the age of 12, a group that China’s blistering vaccination campaign has yet to reach. The country’s top health regulator sent a task force over the weekend to the city of Putian, where most of the cases have been found thus far. Other patients were detected in the port cities of Quanzhou and Xiamen.

The latest wave comes less than a month after China contained its broadest outbreak since the virus’s initial emergence in Wuhan, with escalating curbs that included regional lockdowns and train and flight suspensions. The effort returned China to its vaunted Covid Zero status, but it disrupted the recovery of the world’s second largest economy over the summer.

Similar curbs could ensue if the current outbreak spreads beyond Fujian. Such a move could threaten tourism and consumption during the upcoming seven-day National Day Holiday starting October 1.

Delta’s incursions throw into question the sustainability of the Covid Zero strategy that China has pursued throughout the pandemic.

Other countries in the Asia-Pacific region that sought to eliminate the virus have gradually begun adjusting their playbooks to accept it as an endemic, a move intended to minimize social and economic disruptions that stem from aggressively containing Covid. Singapore has started to unwind some restrictions now that more than 80% of it residents are vaccinated, while Australia will move to ease curbs in New South Wales, its most populous state, once more than 70% of its eligible population is fully vaccinated. Both places are currently facing outbreaks.

While China’s vaccination drive has seen around 70% of its population immunized, Beijing has made it clear that it will continue to rely on monitoring and infection control curbs since it believes mass vaccination alone will be insufficient to contain the delta variant. China has relied on a raft of homegrown vaccines, mostly inactivated shots, with little conclusive evidence on how effective they are against the more transmissible variant.

Although mass testing and movement restrictions have been put in place in Fujian, the virus still is expected to spread, according to a report from Health Time, a newspaper affiliated with state-backed People’s Daily, that cited outbreak modeling by epidemiologist Huang Senzhong of Tianjin’s Nankai University. As many as 500 people may eventually become infected, and the virus could spread to other places in China later this week.

It should be under control in early October, the report said, citing Huang.

About 30,000 people left Putian, the epicenter of the outbreak, between Aug. 26 and Sept. 10, according to a report from state broadcaster CCTV. The city has notified several provinces to screen for potential infections among travelers, it said. 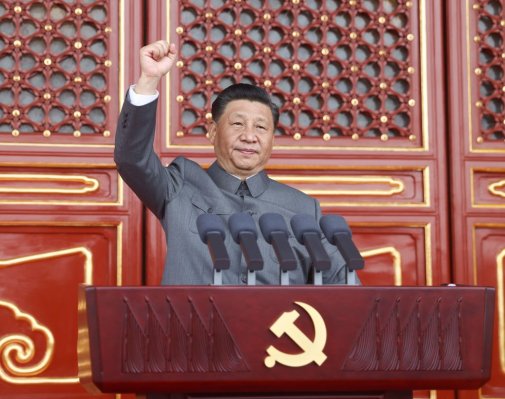 Why Common Prosperity Is Alarming China’s Billionaires
Next Up: Editor's Pick