Wages Are Still Rising Across the U.S. The Bad News: So Are Prices

In the St. Louis area, a local boat dealer will raise prices by 10% in the coming year—on top of a 10% raise this past year. A dairy farmer in the Cleveland area whose distributors were routinely out of supplies also raised its prices, while restaurant food across the Boston region is getting pricier thanks to increased delivery and labor costs.

The Covid-19 Delta variant put a damper on economic growth across the U.S. in July and August. Paired with higher worker wages and ongoing supply shortages—including the global microchip shortage that’s expected to continue until next summer—the slow-down will likely result in “significant hikes” in prices over the coming months, according to the Federal Reserve’s most recent informal survey of economic conditions across its 12 districts.

“Some Districts reported that businesses are finding it easier to pass along more cost increases through higher prices,” Fed officials said in the report, known as the Beige Book.

Restaurants, travel and tourism took the biggest hits due to Delta variant concerns. But despite less economic activity, the report highlighted “slight to strong” job growth due to increased demand for workers, with especially large wage gains among lower-wage workers.

With so many job openings, workers have little incentive to settle for low wages. One manufacturer in the St. Louis area reported that, even after raising its starting hourly wage to $17, the company was having a hard time attracting workers. A company in the Richmond, Va., area increased starting wages and guaranteed raises after three and six months on the job. One trucking company in the Cleveland area told Fed officials it had already given five pay raises this year.

Although businesses have been complaining for months that increased unemployment benefits during the pandemic made it harder for them to fill job openings, anecdotal evidence in the report suggests that workers aren’t avoiding jobs to live off unemployment. “Contacts generally indicated that the flow of job applicants had not improved in recent months, despite some District states’ early ending of supplemental unemployment benefits,” the report noted of the Cleveland, Ohio, area. In the Atlanta, Ga., region, businesses saw a similar pattern: “Many noted that the expiration of unemployment benefits and the start of the school year in many parts of the District had not increased the supply of applicants as hoped.”

For those who do have jobs, reports of burnout are on the rise—among workers and business owners. The dearth of job applicants “has forced smaller retail and restaurant owners back to the register, the kitchen, and the dish room,” according to businesses in the Philadelphia, Pa. area. “Some contacts also noted a rising number of belligerent customers.”

Even facing shortages of workers and supplies, higher wages and price increases, businesses told they had a positive outlook for the coming months. “Looking ahead, businesses in most Districts remained optimistic about near-term prospects,” the Fed said. 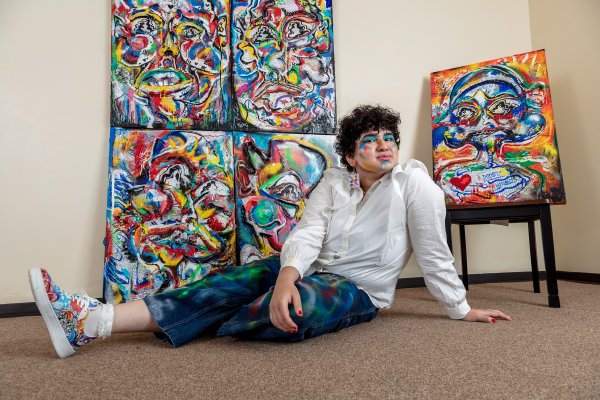 Teen Artists Are Making Millions on NFTs. Why—and How?
Next Up: Editor's Pick