The Secret to Success? Mastering the Art of Patience

Getty Images-Dazeley
Ideas
By Brad Stulberg
Stulberg (@Bstulberg) researches, writes, and coaches on performance and wellbeing. This essay is adapted from his new book, The Practice of Groundedness.

As a young geologist, Charles Darwin spent nearly five years on the HMS Beagle, a large ship circumnavigating the globe on a far-reaching scientific expedition. The ship set sail in 1831, but it wasn’t until 1835, on a visit to the Galapagos Islands toward the end of the voyage, that Darwin began to formulate his theory of natural selection, which at the time was referred to as “transmutation of species.” It took him more than four years at sea before his revolutionary insight began to take shape. But this was only the beginning.

Upon his return to land, Darwin worked vigorously on the theory, making significant gains between 1836 and 1838. Not until 1859 did he publish his masterpiece, On the Origin of Species. In other words, Darwin spent more than twenty years working and reworking his ideas. During that time, he overcame countless wrong turns, criticisms, and mental blocks. In his own words, his success resulted from “the love of science and unbounded patience in long-reflecting over any subject.”

Arguably the greatest scientific breakthrough of modern history wasn’t really a breakthrough at all. It was over two decades in the making. When On the Origin of Species was first published twenty-eight years after Darwin set sail on HMS Beagle, Darwin, the provocative and unconventional trailblazer, was fifty years old.

Contrary to what the current culture of “hacks,” quick fixes, and aphorisms like move fast and break things would have you think, progress is often slow, and that’s okay.

A 2018 study published in the prestigious journal Nature examined performance in creative and intellectual pursuits. The researchers found that while most people have a “hot streak” in their career—“a specific period during which an individual’s performance is substantially better than his or her typical performance”—the timing is somewhat unpredictable. “The hot streak emerges randomly within an individual’s sequence of works, is temporally localized, and is not associated with any detectable change in productivity,” the researchers write. But one thing just about every hot streak has in common? All rest on a foundation of prior work, during which improvement was much less apparent. If these individuals had given up, left their careers, or switched approaches too early, their breakthroughs would not have occurred. They had to practice patience. Vincent van Gogh, for instance, produced more than twenty paintings in 1888, just two years before his death. These paintings included two of his most famous works, Starry Night and Sunflowers.

Another example of patience and persistence leading to a groundbreaking hot streak is Ta-Nehisi Coates. As a young writer, Coates fought to survive early in his career. From 1996 to 2008, he bounced around various publications. When his first book, The Beautiful Struggle, was published in 2008, hardly anyone noticed. By then, Coates had lost three jobs, and to stay afloat his family was reliant on unemployment checks, his wife’s income, and support from relatives. But Coates kept grinding. In 2008, he landed an online column with The Atlantic, which slowly but surely gained traction and an avid readership. But it wasn’t until 2012, nearly two decades and hundreds of stories into his career, that Coates burst onto the national scene. That year, he wrote the Atlantic cover story “Fear of a Black President.” In 2014, his essay “The Case for Reparations” became widely read and discussed. And in 2015, his second book, Between the World and Me, became a number one New York Times bestseller and Pulitzer Prize finalist. In 2017, a few days before his forty-second birthday, the Times called Coates “one of the most influential Black intellectuals of his generation.”

Speaking to young writers on the importance of eliminating distractions and practicing patience, Coates offered, “What all of this leads to is being able to see as much of the world as possible, but you need time to see the world. You so need time. And you don’t want to cultivate things that rob you of time.” When asked about creative breakthroughs, he said, “It’s not really this mystical—it’s like repeated practice over and over and over again, and suddenly you become something you had no idea you could really be.”

Perhaps the most surprising arena in which patience creates a substantial advantage is in technology and at cutting-edge companies. We tend to associate start-up culture with speed and youth. But this association is false. Mark Zuckerberg, the founder and CEO of Facebook, once said of entrepreneurs: “I want to stress the importance of being young and technical. Young people are just smarter.” There’s only one problem, however: Zuckerberg, who offered this wisdom when he was in his late twenties, is wrong.

We know this for certain thanks to researchers from the MIT Sloan School of Management. For a substantial study, they examined all businesses launched in the United States between 2007 and 2014, a data set that encompassed 2.7 million founders. They compared a founder’s age to a variety of company performance measures, such as employment, sales growth, and when relevant, a company’s value at initial public offering (IPO). What they found is that successful entrepreneurs are much more likely to be middle-aged than young. For the top 0.1 percent of the fastest-growing businesses in America during their study window, the average age of the founder when his or her company first launched is forty-five. Middle-aged founders also have the most successful IPOs. A fifty-year-old founder is 1.8 times more likely than a thirty-year-old founder to create a high-growth business. Even those who start their companies when they are young may not peak until later in life, according to the Sloan researchers. The iPhone, arguably Steve Jobs’s and Apple’s most innovative product, hit the market when Jobs was fifty-two, two years older than Darwin was when On the Origin of Species was first published.

In order to make a meaningful difference in just about anything consequential, the work you put in needs to persist long enough to break through inevitable barriers and plateaus. What seems like a static period may not be a static period at all—perhaps you just aren’t seeing the effects of your efforts yet.

Intellectually, this all might sound good. In reality, however, plateaus can be especially frustrating. They expose all kinds of hidden motivations.

Are you doing what you’re doing because you are addicted to external results?

Can you keep going without the constant dopamine (the feel-good neurochemical) hit that accompanies observable progress?

Can you largely tune out a consumer culture trying to take you off course with endless promises of overnight success, hacks, and other enticing fads, shams, and quick fixes?

How you answer these questions is key to your ability to experience long-term success. Sometimes you need to pound the stone over and over again before it breaks. That doesn’t mean your prior pounds aren’t working. The tension may very well be building, and you just can’t see it yet. A breakthrough might be right around the corner.

There’s also this: practicing patience is also an important input to fulfillment. I’ve never met someone who described the best times of their life as “rushed.”

It cannot be overlooked that there are risks associated with doing the same thing that you’ve always done without seeing any change—whether it’s in the workplace or beyond. As the science writer David Epstein pointed out in his book Range, sometimes we spend too much time grinding it out when we’d be wiser to switch and find something more suited to our interests and skills. This is especially true when we first throw ourselves into new disciplines. Economists call this match quality—or one’s fit for certain types of activities and work. There is a compelling case that match quality is even more important than grit. After all, if you’re a good fit for what you’re doing, then you’re likely to stick with it.

But once you have already established match quality there is often an equal, if not greater, risk in stopping or changing your approach prematurely. Based on my own experience and an informal survey of my coaching colleagues—those who work with athletes, executives, and creatives—giving up on something too soon is far more common than waiting around too long. This isn’t surprising. Humans suffer from what behavioral scientists call the commission bias, or the tendency to err on the side of action over inaction. If we don’t see results, we get impatient and feel a strong urge to do something—anything—to expedite our progress. But often the best thing we can do is nothing—staying the course, tweaking as we go, and letting things unfold in their own time. Instead of always thinking, Don’t just stand there, do something, we should at least consider thinking, Don’t just do something, stand there. 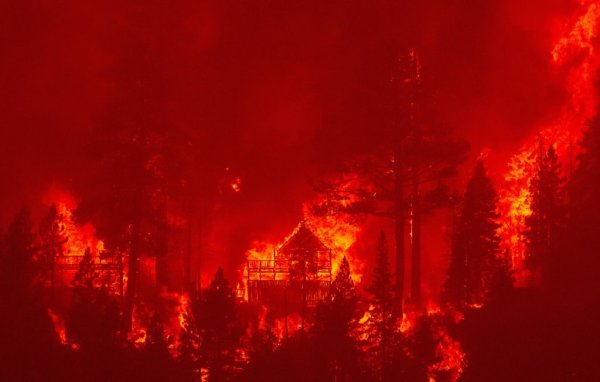 Kim Stanley Robinson on Climate Change and Fiction
Next Up: Editor's Pick