Steve Buscemi: Everyone Said ‘Never Forget’ 9/11. Some Have No Choice

Ideas
By Steve Buscemi
Buscemi is a Golden Globe- and Emmy-winning actor.

My dad was a sanitation worker for New York City. His message to me and my brothers was, when you turn 18, take whatever civil service test is available. Lucky for me, it was the Fire Department’s. I didn’t yet know what I wanted to do for a career, but at Engine 55 in Lower Manhattan, I found something even better: a brotherhood. I laid low as a “probie,” but by the time my secret other life came out (I’d taken acting classes and dabbled in stand-up), I understood that busting balls is how firefighters express affection. When, after four years on the job, it became impossible to juggle my shifts with both a movie and a play, I took a leave of absence, figuring I’d be back.

Seventeen years later, I was. One of the strongest sensations that flooded over me on Sept. 11, 2001, was that feeling of connection. The next morning, I grabbed my old gear, got a lift to the site and found a place on a bucket brigade. Instead of water going up, it was rubble coming down. Once in a while a body bag was passed, though none weighed much at all. That was disturbing. The dust? It was more of a nuisance: pulverized concrete and who-knows-what that clogged a face mask, so fast you worked better without one. Somebody’d say, “This is probably going to kill us in 20 years.”

The author on duty in the early ’80s
Courtesy Steve Buscemi

Well, it didn’t take 20 years. Debilitating chronic conditions surfaced before the pile was even cleared. Today more people are thought to have died from toxic exposure at the 9/11 site than died that day. Bridget Gormley, whose father Billy died of cancer in 2015 after working at the WTC for three months, titled her documentary Dust: The Lingering Legacy of 9/11. It shows federal, state and city officials trying to project strength by declaring the air around the towers safe. It was of course thick with carcinogens. As an expert in the film points out, wet cement splashed on human skin will begin to burn into it. But had the truth been shared with the firefighters, I’m pretty sure they would have kept right on working.

Read More: The City That Endures

It actually felt good to be there. I was on the site for less than a week, but it wasn’t until I got home that the magnitude of it all caught up with me. I was already seeing a therapist, and though it was almost impossible to process the enormity of what had happened, just having someone with whom to sit with all the feelings was a consolation. It’s not something first responders usually get. Announcing vulnerability is a hard thing for anyone, but especially for people whose primary identity is as a protector. When in the fall of 2001 a New Yorker named Nancy Carbone went from firehouse to firehouse asking how she could help, one took her aside. “They’re hurting,” he said. “And they don’t know how to talk about it. They don’t know who to talk about it with.” So Nancy started Friends of Firefighters, providing free mental-health counseling to the active and the retired and their families. Funded by donations, it operates out of an old Brooklyn firehouse, familiar confines that offer comfort and a kitchen table to hang out around. It will be put to use for years, especially around anniversaries, with the power to trigger emotions.

“Never forget,” everyone said. Some people have no choice. What’s surprising is who has to be reminded. Shortly after the attack, Congress created a Victim Compensation Fund to help first responders cope with the aftermath of the day. When the money began to run out, survivors had to launch a lobbying campaign to secure permanent funding, which finally came in 2019. It was an effort led by Jon Stewart and activist John Feal and backed by every former firefighter who cannot laugh without coughing, and every family member who pretends not to notice. 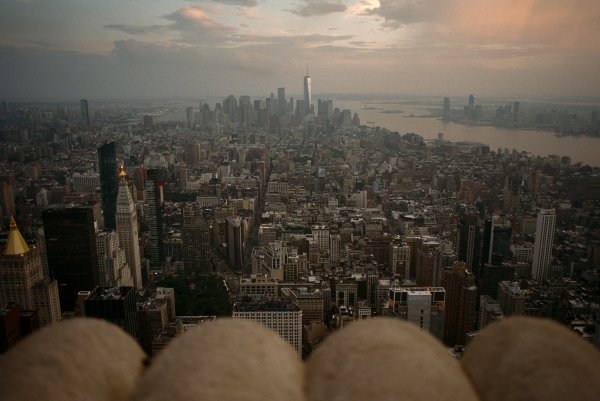 The City That Endures
Next Up: Editor's Pick